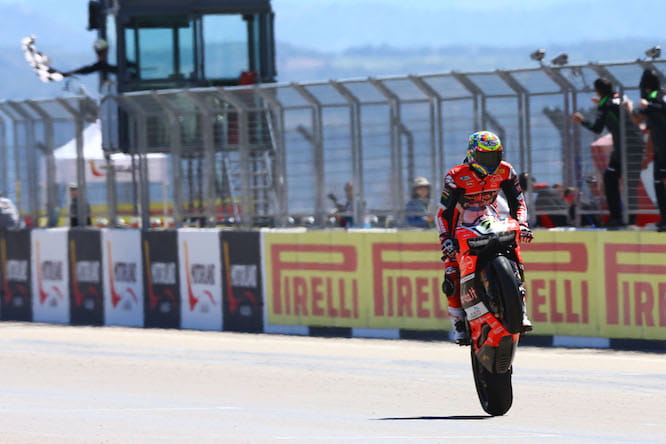 Chaz Davies put a significant dent in Jonathan Rea’s early championship lead at Aragon this weekend, cruising to a dominant double victory at the Spanish circuit.

After a flawless win in race one, Davies was the undoubted favourite for Sunday’s second race and didn’t disappoint.

Kawasaki duo Tom Sykes and Jonathan Rea took the early lead but Davies wasted no time in carving past his championship rivals as if they were slow traffic on a track day. The Welshman took the lead after just two laps and didn’t look back, going on to take the win by over six seconds.

Rea looked to be in control of second place but Sykes pushed him hard throughout, forcing the Ulsterman into an error with four laps to go. After missing his breaking point and running wide, Rea was unable to bridge the gap to Sykes and was left to bring it home in third.

Xavi Fores concluded a strong weekend with another fourth place on the Barni Ducati, ahead of Althea BMW’s Jordi Torres. Davide Giugliano and Michael van der Mark were sixth and seventh.

Alex De Angelis took an encouraging step forward to finish eighth on the Aprilia ahead of PATA Yamaha’s Alex Lowes, whose team-mate Sylvain Guintoli rounded out the top ten. 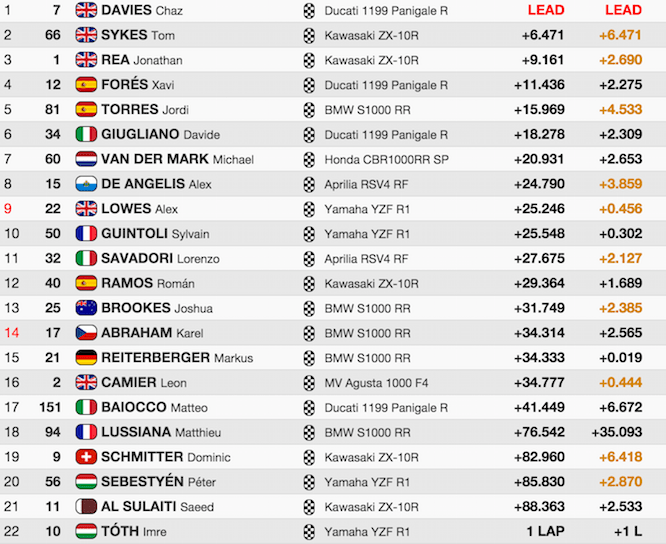