Biaggi to mix it at the front in Misano? 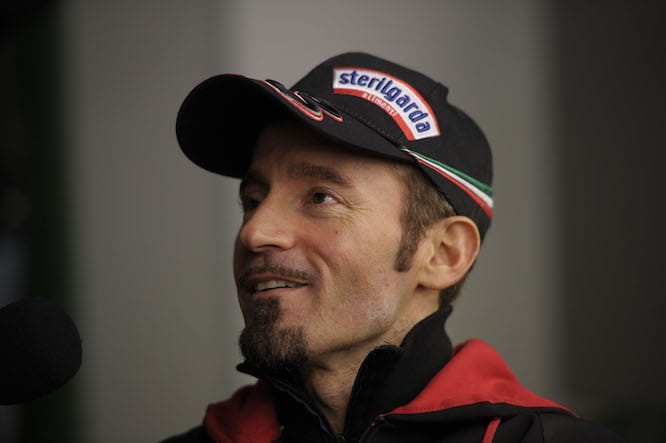 Max Biaggi has said he knows his return to competitive superbike racing this weekend ‘won’t be easy’, but remains quietly confident ahead of returning to action in Misano.

The two times World Superbike champion twice took the double at the Misano circuit, in 2010 and 2012, but the Roman Emperor faces a tough challenge if he’s to repeat that this weekend.

“It’s truly very exciting for me to return to racing, to taste the adrenaline of competition again, especially on a circuit as special to me as Misano,” said Biaggi. “I am well aware of the difficulties. Our rivals are in grand form and for me it won’t be easy at all.”

Having not ridden competitively since clinching the world title in 2012, Biaggi is up against riders who have been consistently riding at this level weekend in, weekend out for the past so many years. Once a rider stops, it’s often very difficult to get back to race fitness – there’s almost no training that can prepare you for riding 200+bhp superbikes in anger. 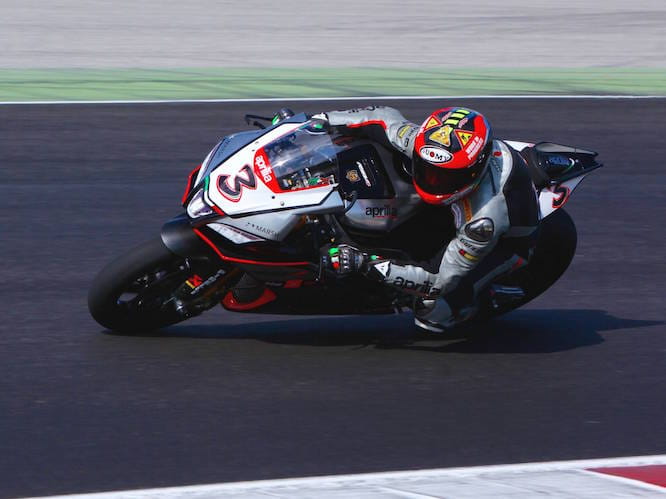 Troy Bayliss demonstrated just how difficult it is to make a comeback earlier this year. Despite being one of the most successful riders ever to grace the superbike paddock, Bayliss struggled immensely as he returned to the field during the first two rounds of this season in place of the injured Davide Giugliano. The three-time World Champion finished in the top ten just once in his four-race return for Ducati.

One thing on Biaggi’s side is that he’s continued to ride the level of machinery fielded in the World Superbike championship (and more so with Aprilia’s RSV-GP MotoGP bike) as the Noale factory’s official test rider. He’s also put in testing shifts for the Pramac Ducati MotoGP outfit.

While testing isn’t racing, if Biaggi’s times had been too slow in comparison to those of fellow riders he simply wouldn’t be returning. Biaggi is an incredibly proud rider, he wouldn’t want to embarrass himself or damage the reputation he’s built by flopping. He insists he’s not predicting any results, but he’ll have a minimum expectation for sure.

“The goal is first and foremost to have fun, not to predict any results, but to give 100% to bring a smile to the face of Aprilia, the fans and all enthusiasts,” he says. “Sunday after Race 2, we’ll draw our conclusions.”

We know the Aprilia is one of the fastest bikes on the World Superbike grid, and Biaggi is a very talented rider. Could this weekend turn him in to a comeback King? We think so…