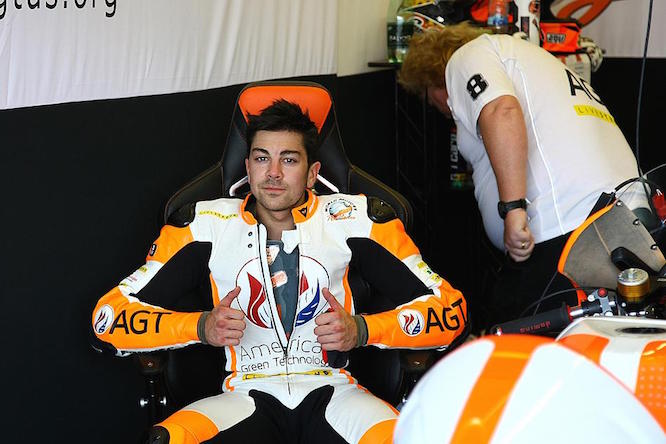 Gino Rea will make a sensational return to the Supersport World Championship this season after penning a last minute deal with the PTR Honda squad.

The Briton has ridden in Moto2 for the last three seasons and appeared on the provisional entry list for 2015, but a sudden change of plan sees him replace Sheridan Morais in the Simon Buckmaster-run Supersport team at the eleventh hour.

Rea first raced in World Supersport in the 2010 and 2011 seasons, taking one victory and two third places in his two-year campaign before moving to Moto2 where a number of funding issues and injuries held him back.

“Getting a competitive bike and team in any championship is absolutely vital,” said Rea. "I want to win races again, so I spoke with PTR Honda and we agreed terms very quickly.

“We both share the same ambitions and that is to win races and a World Championship. I know how competitive the team is from racing against them in the past, so I’m confident that we can be at the front.

“It’s been a long time since I’ve ridden a World Supersport machine so I can’t wait to get on the bike in Australia. I am really looking forward to the challenge ahead.”

The move comes as the PTR Honda team split with South African rider, Sheridan Morais, who signed to ride for the team back in December after his World Superbike deal with Grillini Kawasaki fell through.

“For contractual reasons out of our control we have split with Sheridan, so being able to replace him with a rider of Gino’s calibre is fortunate for the team,” explained PTR owner Simon Buckmaster. We all wish Sheridan the very best for 2015 and are doing all we can to help him remain in the championship at this late stage.

“[Gino] is a proven winner and competitor that I think can race right at the front on our bike. It is realistic to expect race wins and a high championship position for him.

“We’ve been talking with Gino since Eugene Laverty moved to World Superbike [in 2011]. We have a long-standing interest in him and firmly believe he is one of the best 600cc riders in the world.”

Rea will join Riccardo Russo, Martin Cardenas and Keiran Clarke in the British team next season.

In October it was announced that former Moto3 star Danny Webb was also set to ride for the PTR team but needed funding to do so. The team then issued a plea to fans to help him secure the cash necessary to make the grid. However since December, Webb hasn’t appeared on any official PTR communications regarding their 2015 rider line-up. When quizzed about Webb on Twitter, Buckmaster responded: “We are doing well we can for Danny and his news will be out soon.”