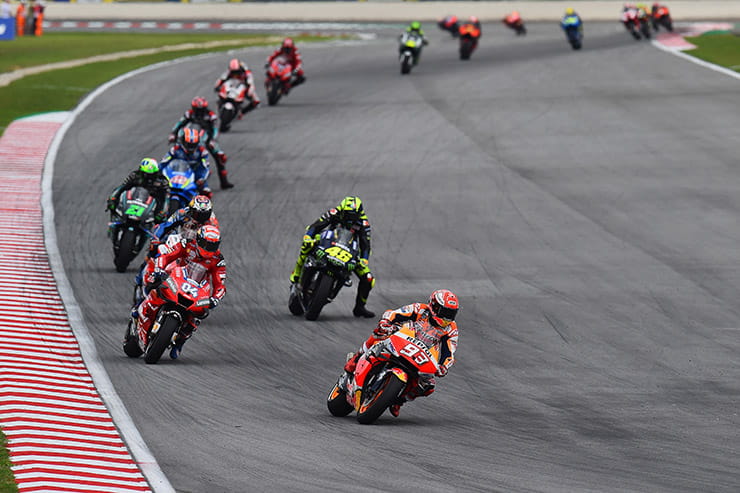 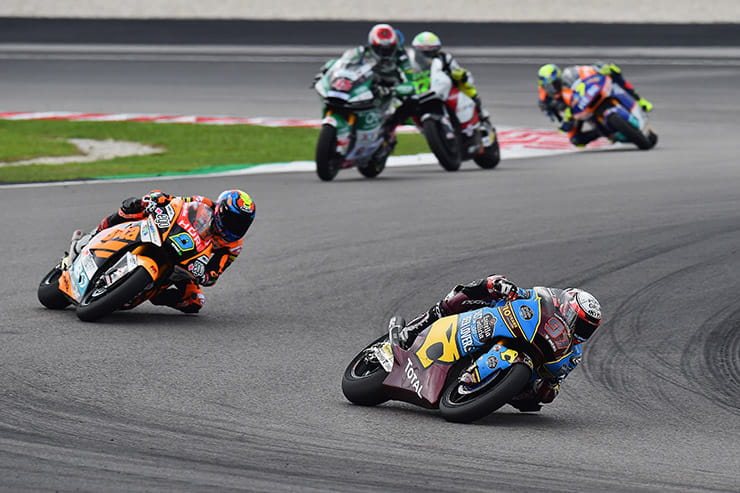 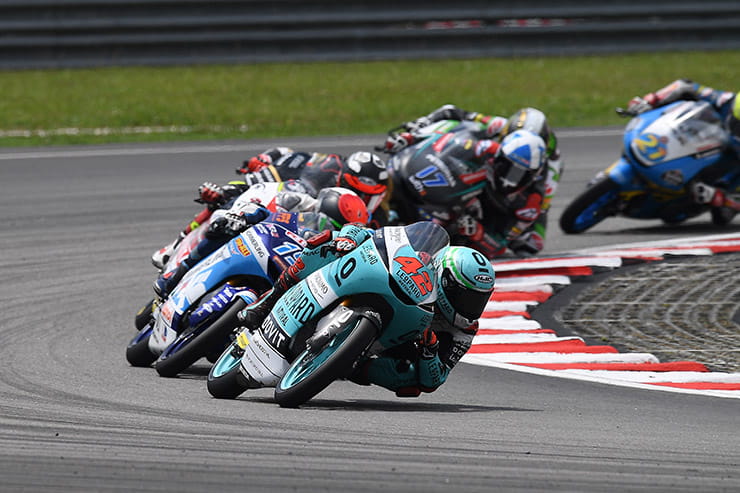 With the 2019 MotoGP champion, Marc Marquez starting from 11th on the grid, Fabio Quartararo racking up his fifth pole position of the season and Valentino Rossi putting in some scorching practice times, the Sepang GP could have been anyone's race right from the off. It was Yamaha's Maverick Vinales that took the lead and settled into the kind of pace that we haven't seen since the start of his rookie year at Yamaha. Despite the best attempts of Marquez in second, and Dovizioso in third, Vinales held on to the lead to score his second win this season. Britain's Cal Crutchlow failed to finish the race.

In Moto2, it was the younger Marquez brother's turn to step into the spotlight, securing the championship, despite the race win going to South African Brad Binder. With Tom Luthi following close behind in third, the fight for second and third in the championship will go to the final race. Britain's Jake Dixon finished in seventeenth place while Sam Lowes failed to finish.

In Moto3, 2019 Champion Lorenzo Dalla Porta reaffirmed his position by securing his third straight win of the season, his fourth in total, ahead of rookie Sergio Garcia (who secured his first podium) and Jaume Masia. Britain's John McPhee finished in seventh place to cement his position in the championship table. 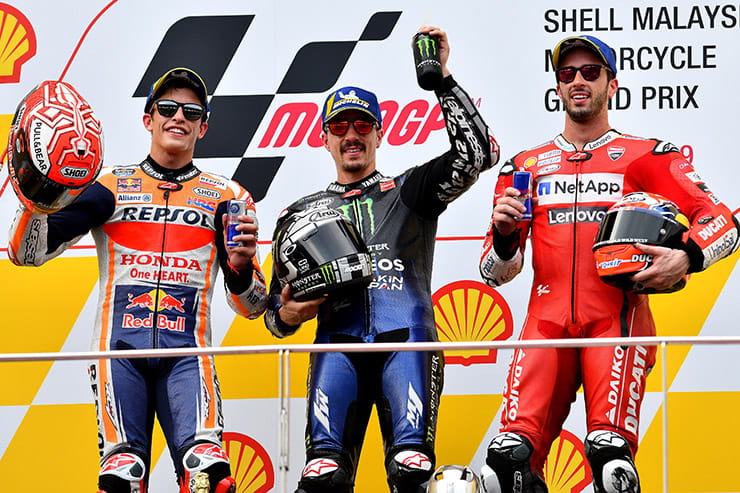 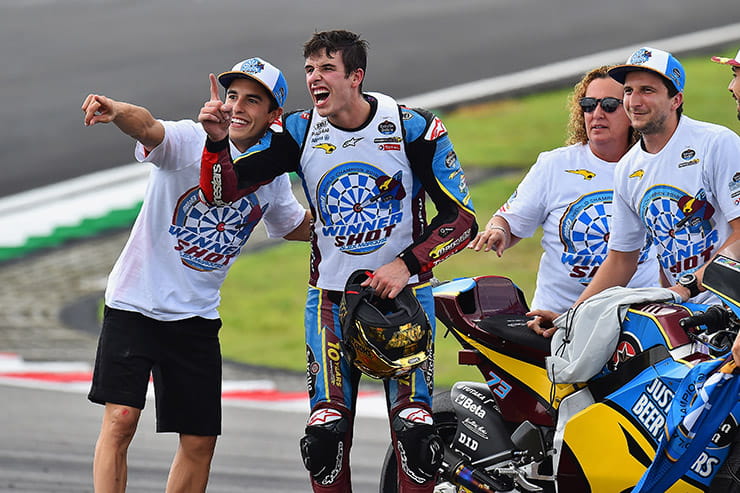 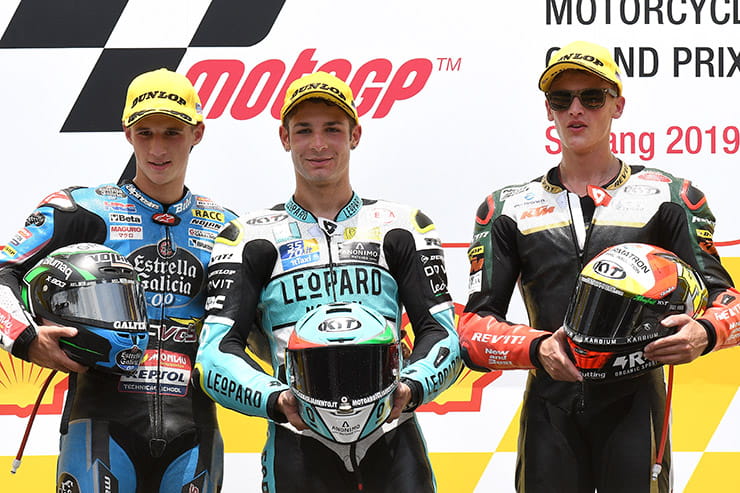 Here's how the all-important tables stand heading into the final round: 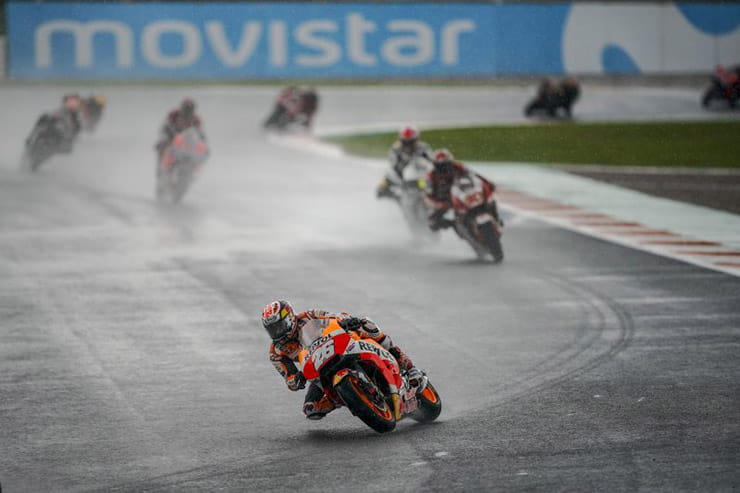 As usual, the season finale is held at the Gran Premio Motul de la Comunitat Valenciana at the Circuit Ricardo Tormo, a 2.49 mile (4.0km) circuit with nine left-hand and five right-hand corners and a 2874ft (0.876km) straight.

The all-time circuit record currently belongs to Jorge Lorenzo with a qualifying time of 1'29.401 from 2016.

Live coverage of all the Free Practice sessions, qualifying and racing is split between BT Sport 2 on Friday and BT Sport 1 on Saturday and Sunday with highlights on Monday evening on free-to-air Quest.

All times are UK GMT.