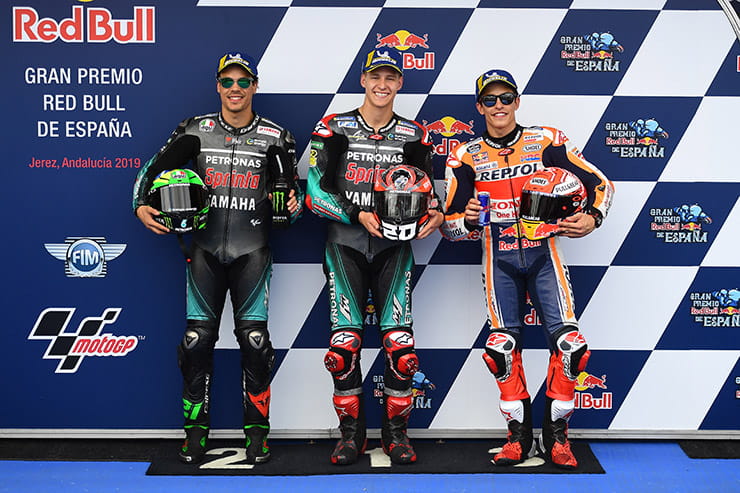 The big news of the weekend was the qualifying performances of the two independent Petronas Yamaha SRT bikes with France's Fabio Quartararo taking pole (and setting an new all-time lap record) ahead of his Spanish teammate Franco Morbidelli. Marc Marquez (Repsol Honda) completed the front row of the grid, with Dovizioso, Viñales and Crutchlow making up the second row. Yamaha's Valentino Rossi failed to progress to Q1, and started back in 13th place.

The status quo was soon restored come race day though, with Marquez taking the lead at the first corner and keeping it for the entire race to notch up his 72nd win and bring him within 5 wins of overtaking Mike Hailwood in fourth place on the all-time winners list (Ago, Rossi and Nieto taking the top three places respectively).

Quartararo's qualifying pace seemed to be translating in to a good race pace, seeing the Frenchman climbing from third place into the first corner, to taking second on lap 11, but lady luck was not to be on his side as an 'alleged' gear-change issue caused his retirement, on lap 14.

Teammate Morbidelli, with whom Quatraro had been battling for second place, maintained his good pace until the final quarter of the race, before slipping down the field to finish the race in seventh.

Whilst the independent riders were moving down the field, the factory boys were heading forwards with Spain's Alex Rins (Ecstar Suzuki) climbing from his third row starting position to hit the front of the chasing pack by lap 14, and hold this position to the end of the race, ahead of Maverick Viñales, who took the final podium place.

Despite qualifying at the back of row 2, Italian Lorenzo Baldassarri (Flexbox HP 40) chalked up his third win of the season ahead of Spain's Jorge Navarro (HDR Heidrun Speed Up) and Flexbox HP 40 team-mate August Fernandez.

Sam Lowes continued to struggle with his Gresini Kalex, crashing out on lap seven before remounting and limping back to the pits to retire.

In a perfect example of why Moto3 is so unpredictable, race winner Italian Antonelli Niccolò started from fourth on the grid before being bullied back to 13th place by half race distance, and fighting his way back to take the lead on lap 18 and the win, ahead of his SIC58 Squadra Corse teammate Tatsuki Suzuki to give his team an emotional one-two. Italy's Celestine Vietto (SKY racing Team VR46) strengthened his rookie of the year position with a third place, just one-tenth ahead of Canet. 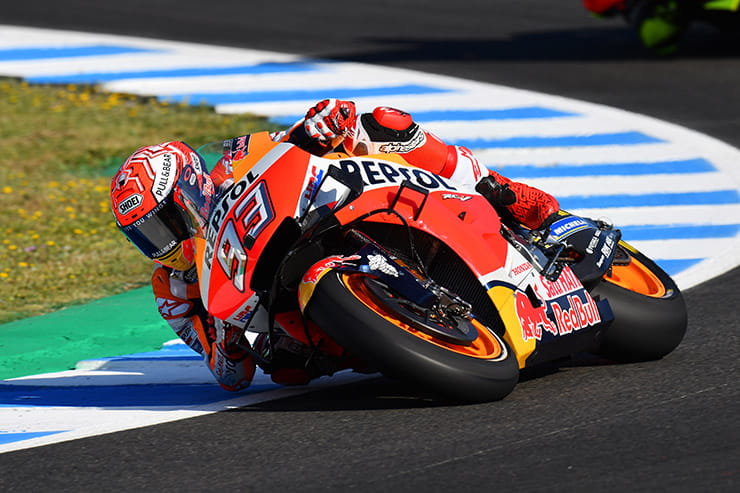 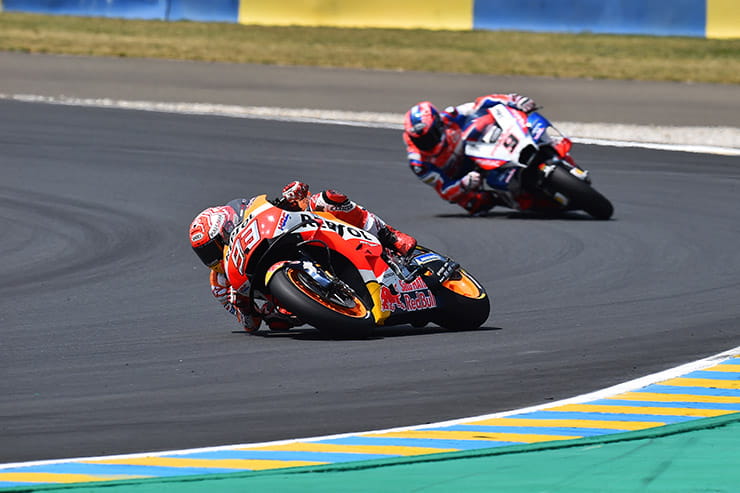 The season continues this weekend with the Shark Helmets Grand Prix de France at Le Mans.

Here's the weekend's TV schedule with live coverage is on BT Sports 2, and highlights on Quest on Monday evening.