MotoGP Round 3 Summary and Round 4 TV Schedule 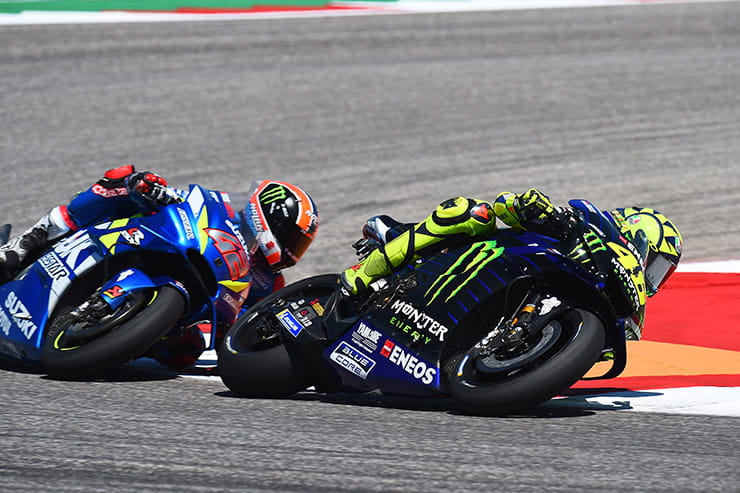 In the biggest shock of the weekend, Honda's Marc Marquez failed to make it seven wins in a row at COTA when he crashed out, on his own, on Lap 8. Marquez showed good early form, pulling a sizeable gap on the rest of the field when he lost the front into turn 12. Despite his best efforts to re-join the race, along with some help from the marshals, the Honda failed to restart, and Marquez's dominance of COTA was over.

With the lead now wide open, Yamaha's Valentino Rossi led the race for the next 8 laps, and his return to winning ways looked assured, but Suzuki's Alex Rins had other ideas, and took the lead on Lap 16. Despite some heavy attacks from Rossi, Rins held on to the lead for his first win in MotoGP and Suzuki's first win since Silverstone 2016, when Maverick Viñales stood atop the podium.

The podium was completed by Ducati's Jack Miller - his best result since his sensational win at Assen in 2016.

Swiss rider Tom Luthi (Dynavolt Intact GP Kalex) seems to have put his disastrous year in MotoGP behind him with a comfortable win over his team mate, Germany's Marcel Schrotter and Spain's Jorge Navarro (Beta Tools Speed Up).

Luthi, who started fourth on the grid, took the lead on Lap 7 and never looked troubled by Schrotter, consistently extending his lead with each lap to finish over 2.5 seconds ahead.

Moto3 never fails to deliver frantic racing with six riders hitting the front during the race.

In perhaps the cruellest twist of fate, Japan's Tatsuki Suzuki (SIC58 Squadra Corse) led for the majority of the race before crashing out on lap 12, leaving Italy's Andrea Migno (Bester Capital Dubai - KTM) to lead for the next three laps, before Spain's Aron Canet (Serilgarda Max Racing Team - KTM) finally took the lead with two laps to go.

He managed to hold on to his lead for the reminder of the race to take his first win of the season, ahead of Spain's Jaume Masia (Bester Capital Dubai -KTM) with Migno finishing third. 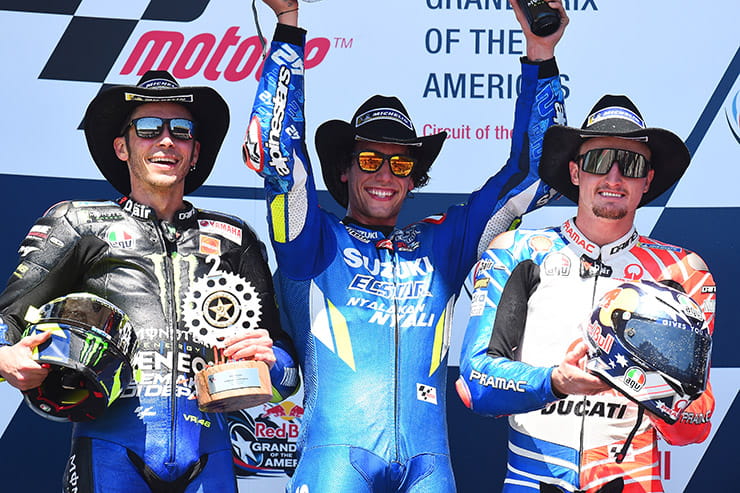 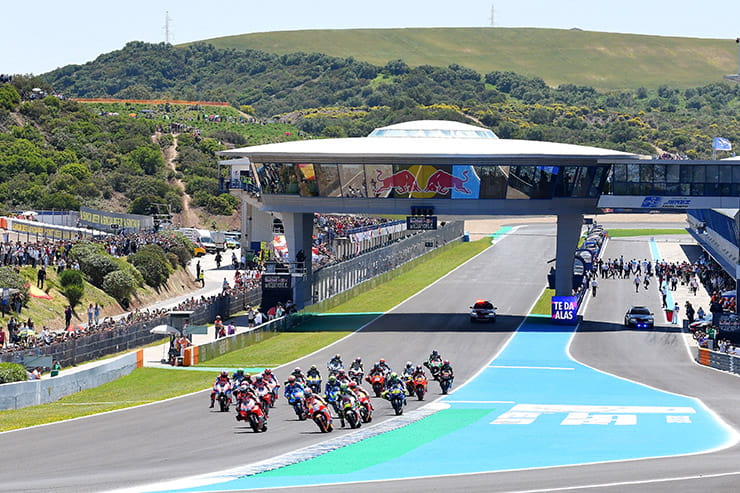