MotoGP Round 7 Summary & Round 8 TV Schedule 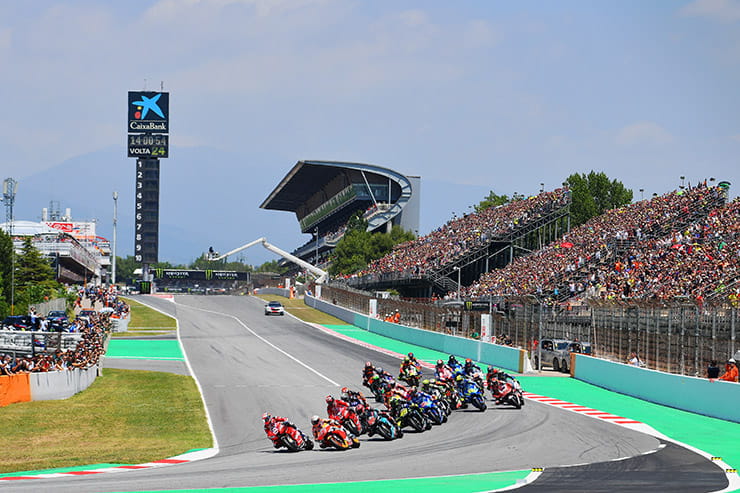 The Barcelona GP always delivers thrills by the barrel-load and for the first few laps, it was certainly living up to its promise. That was until Jorge Lorenzo overcooked it and took Andrea Dovizioso, Maverick Vinales and Valentino Rossi out of the race in one fell swoop. If he wasn't the most disliked man on arrival, he certainly was when he left.

With the main protagonists out of the picture, Honda's Marc Marquez made hay while the sun shone and pulled out a sizeable lead, leaving Yamaha Petronas's Fabio Quartararo, Ducati's Danilo Petrucci and Suzuki's Alex Rins to fight for the remaining podium positions.

Ducati's Petrucci, buoyed by his win at his home GP, kept the pressure on Marquez for the first half of the race, but was busy fighting on-form Alex Rins, who passed the Italian rider on lap 14 before Petrucci retook the advantage.

A secondary attack from rookie Quartararo, was more successful though, taking the valuable second place on lap 18. Unable to retake the young Frenchman, Petrucci held on to third place at the line, some two seconds behind.

Britain's Cal Crutchlow had another cruel weekend, crashing out on lap 18 while Bradley Smith, wild-carding for the Aprilia team, failed to complete the first lap.

Marc Marquez's younger brother, Alex, continued to show the kind of form that we have been expecting from him, despite him starting from sixth on the grid. Marquez's relentless push to the front saw him take the lead on lap 14 from Swiss rider Thomas Luthi. Luthi had no answer to Marquez's pace and finished the race nearly two seconds behind the Spaniard. Speed Up's hero Jorge Navvarro took third place, just half a second behind Luthi.

Britain's Sam Lowes had a disappointing race despite starting from third on the grid, finishing in ninth place and nearly 16 seconds from the leader. 2018 Bennetts BSB runner-up Jake Dixon looked safe to finish in 20th place, before a last lap crash gave him is second consecutive DNF.

In the Moto3 race, the usual testosterone fuelled melee took place, with ten different riders taking their turn to lead the race. At the chequered flag, it was Leopard Racing Honda's Marcos Ramirez that crossed the line first, just one-tenth ahead of championship lead Aron Canet and Sky VR46 's Celestino Vietti. Despite taking his turn to lead the race on lap four, Scotsman John McPhee got caught in the chaos and finished in 13th, one place ahead of fellow Brit Tom Booth-Amos who scored his first World Championship points. 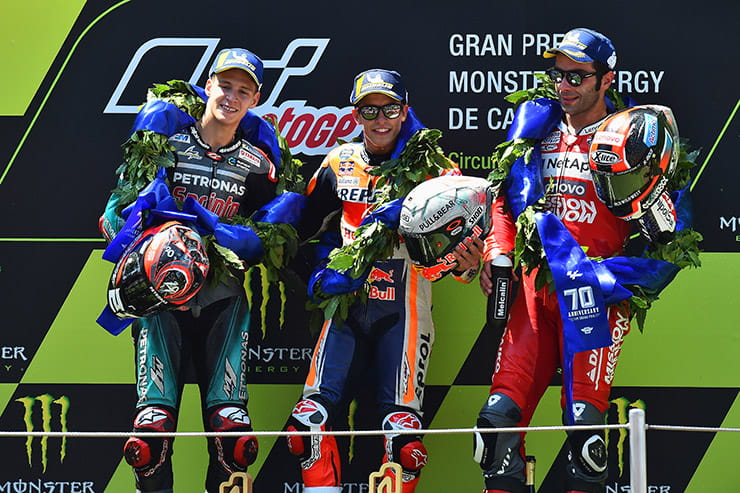 The season continues this weekend with a trip to the 'Cathedral of Speed' and the MOTUL TT Assen, Netherlands.

Here's the weekend's TV schedule with live coverage on BT Sports 2, and highlights on QUEST.