MotoGP - Round 6 Summary and Round 7 TV Schedule 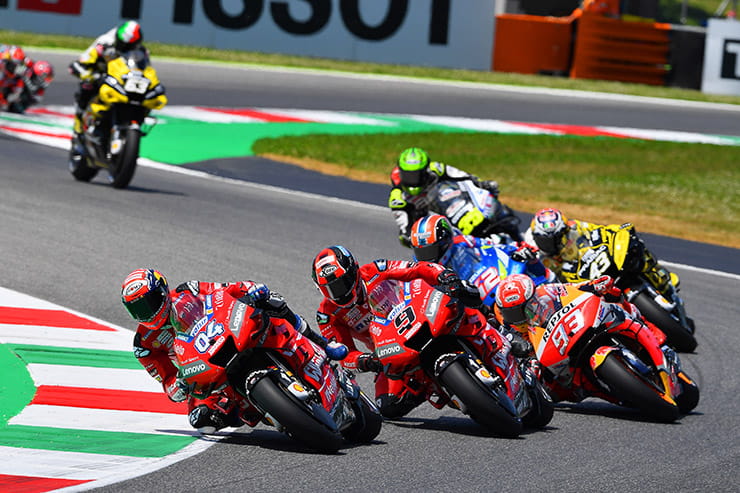 It was a race of lows and highs last time out at Mugello.

An rare crash on lap 16 brought Yamaha's Valentino Rossi's race to an early end and concluded a disappointing weekend for the nine-times world champion.

The Mugello crowd had plenty to cheer though as at the front of the field, Ducati's Danilo Petrucci and Andrea Dovisiozo were fighting Honda's Marc Marquez for the lead. Each rider took their turn leading the race, as did Suzuki's Alex Rins for one lap, but as the race progressed it was Petrucci that looked strongest - perhaps the rumour-mill around his place at Ducati in 2020 was having an effect.

Despite Dovi taking the lead on the penultimate lap, it was Petrucci that took the chequered flag to give him his first MotoGP win from 124 starts.

Petrucci was joined on the podium by Honda's Marc Marquez in second after Marquez pipped Dovisiozo to the line by a mere three-tenths of second.

Alex Marquez (EG 0,0 Marc VDS Kalex) took the lead on lap nine and the win in the Moto2 race giving him back-to-back wins, after his success in France.

Assuming you are relaxed, your heart is beating at around 60 beats per minute, or once per second. In the half the time it takes for your heart to beat a single beat, the top EIGHT Moto3 riders had crossed the finishing line, after nearly forty minutes of racing.

Scot John McPhee took sixth place, just four-tenths behind the winner, while Tom Booth-Amos had a disappointing outing, ending his race after a lap 11 crash. 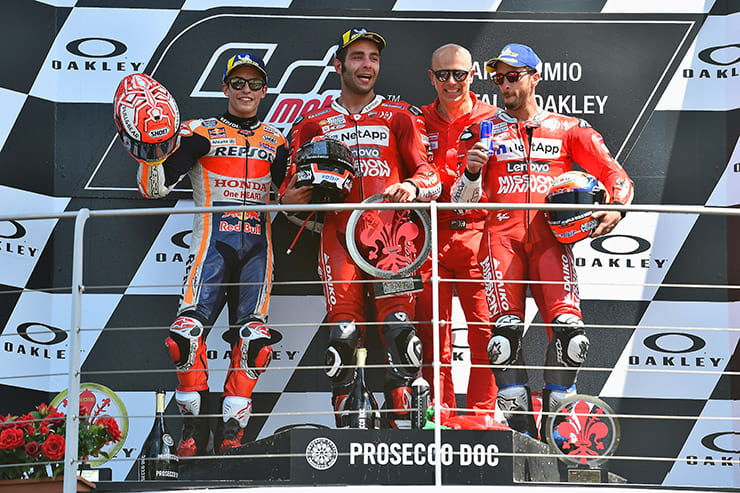 With six rounds down, here's how the Rider Championship tables stand: 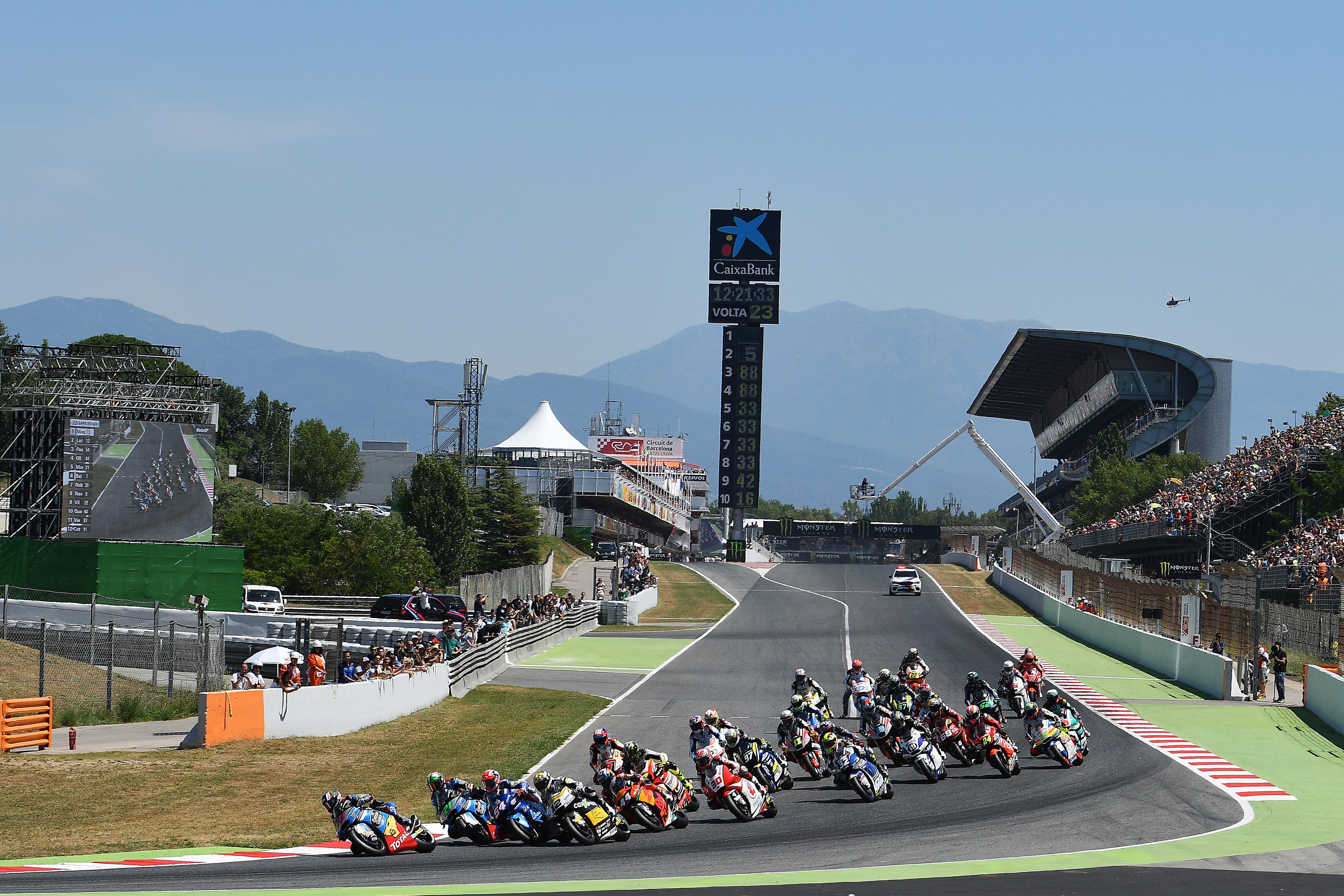