MotoGP Round 11 Summary & Round 12 TV Schedule 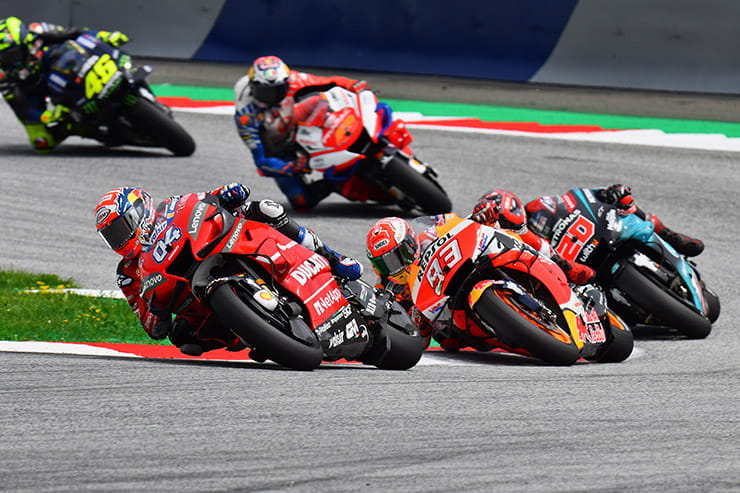 It's Bank Holiday weekend this coming weekend, and that can mean just one thing… no, not rain… the British MotoGP at Silverstone. After last year's wash-out, we're hoping that all the work that's been done to the track this year will mean that we're in for a cracking weekend of action.

Before we look ahead to the weekend though, here's a quick recap of what happened last time out at the Austrian GP.

All eyes were on Repsol Honda's Marc Marquez to see if he could finally conquer the elusive Spielberg circuit - the only circuit that Marquez not won at - but Ducati's Andrea Dovizioso was out to ruin his day. In an incredible game of cat and mouse, Marquez and Dovi were seemingly joined at the hip for the whole race, neither rider having sufficient advantage to make a clean break.

It all came down to the final lap. There's no way to describe the action here, so let's just watch it instead…

Somewhat eclipsed by the Dovi/Marquez battle, Petronas Yamaha SRT's Fabio Quartararo took a solid third place to further enhance his rookie year in MotoGP and finish ahead of the two works Yamahas with Valentino Rossi in fourth and Maverick Viñales in fifth.

Britain's Cal Crutchlow had another dismal outing, crashing out on the second lap while trying to avoid Pol Espargaro's expired KTM. Tangling with Tito Rabat, the Coventry rider's day was over before it had really begun.

Just when the younger Marquez brother looked to be showing his dominance over the Moto2 field, having won five of the last six races, Red Bull KTM's Brad Binder was showing the skills that earned him his Moto3 World title in 2016. At the flag, Binder was just two-tenths ahead of Marquez, but held on to take his first win of the season and a fantastic home win for KTM. Spaniard Jorge Navarro completed the podium, a distant two seconds behind the leading pair.

Sam Lowes - starting from 24th on the grid - worked his way up to 16th place, before a lap seven tangle sent him tumbling down the order, completing the race down in 24th place. Bennetts British Superbikes runner-up Jake Dixon finished in 19th place after climbing from 27th off the line.

Disgraced VNE Snipers rider Romano Fenati has lost none of his talent (let's hope he now knows how to control his temper) as he took his first win of the season ahead of teammate Tony Arbolino. Britain's John McPhee completed the podium after losing his early pole-position advantage. Tom Booth-Amos completed the race to finish in a lowly 25th place.

In only the second race of the delayed MotoE season, veteran (if 31 can be considered a veteran?) racer and 2008 125cc World Champ, Mike DiMeglio took his first win of the season to take the lead in the championship. Just 2 seconds behind DiMeglio, ex-MotoGP rider Xavier Simeon took second place ahead of Britain's Bradley Smith in third. 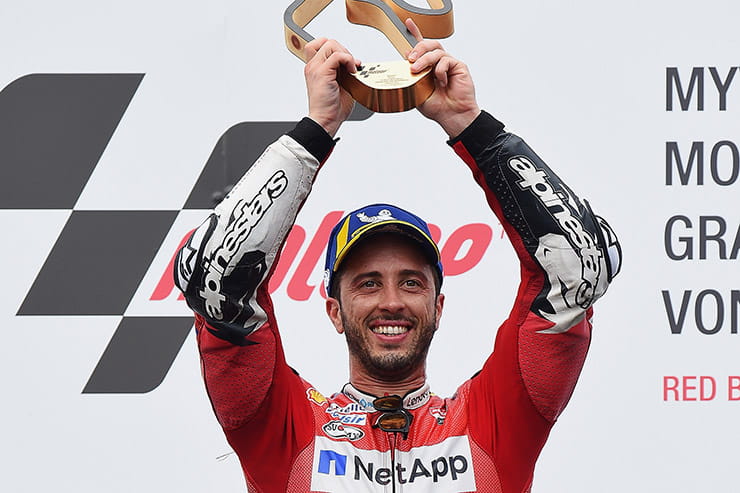 Here's how the championship table stand after eleven rounds of the nineteen-round season. 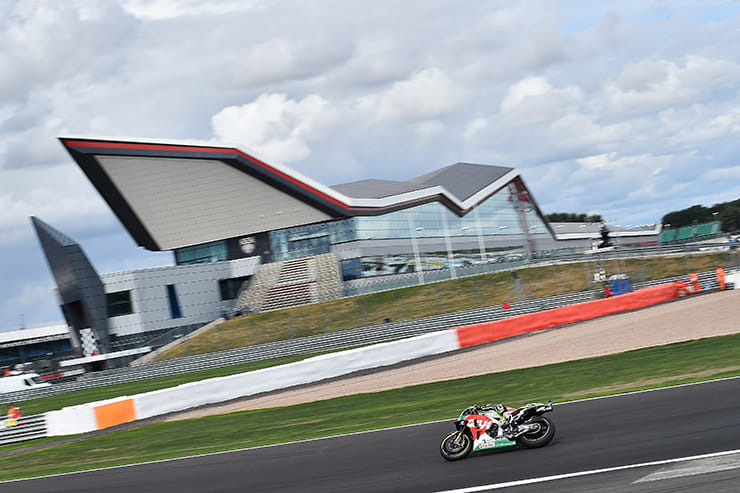 The season continues this weekend with the GoPro British Grand Prix at Silverstone, Northants, a 5.9km (3.67 mile) circuit, comprising eight left-hand and ten right-hand corners, and a 770m straight.

If you are lucky enough to be going to Silverstone over the weekend, here's all the important information you may need:

Tickets can be purchased in advance, or on the gate (though be prepared to pay a little more) with General Admission Race Day tickets starting at £70 for adults and £35 for 11 to 16-year-olds. Under 11s go free.

There's free parking for bikes all weekend and Two Wheels for Live will be operating a Helmet and Leathers storage area in the main bike parks. A small fee may apply, but all money raised goes to help this great charity. Find out more about the work that Two Wheels for Life do here.

Aside from the racing there is a great range of entertainment and family-friendly activities going on over the whole weekend. Make sure you don't miss anything by downloading the official entertainment guide and the map.

There are a great selection of food and drink vendors (some of which will only be open on race day) catering for all tastes. Where ever you watch the action from, there will be food and drink nearby, but just in case, you can download a food map to make sure you know where to go.

If you can't make it to Silverstone in person though, don't worry as BT Sport 2 will be showing all the action live, starting with FP1 on Friday morning. 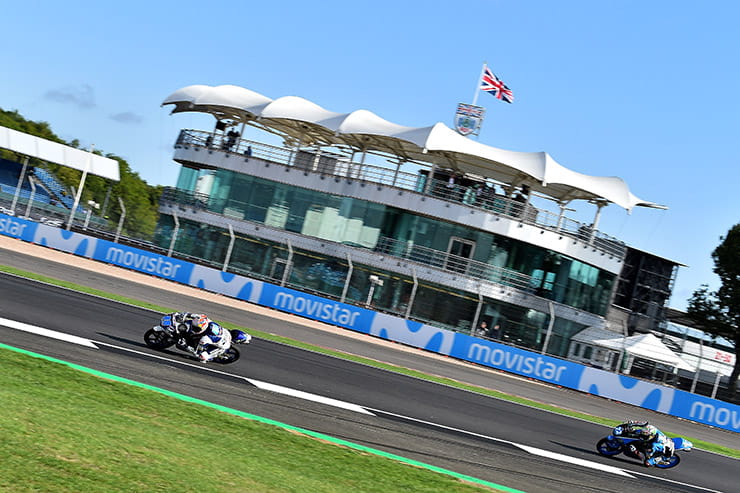 Here's this weekend's TV schedule. As usual, live coverage is on BT Sport 2, with highlights on BT Sport 1 and on free-to-view Quest on Monday evening.