MotoGP Round 2 Summary and Round 3 TV Schedule

This week the MotoGP World Championship hops the pond to Austin, Texas and the Circuit of the Americas (COTA). In case you missed round 2 from Argentina, here's what's happened: 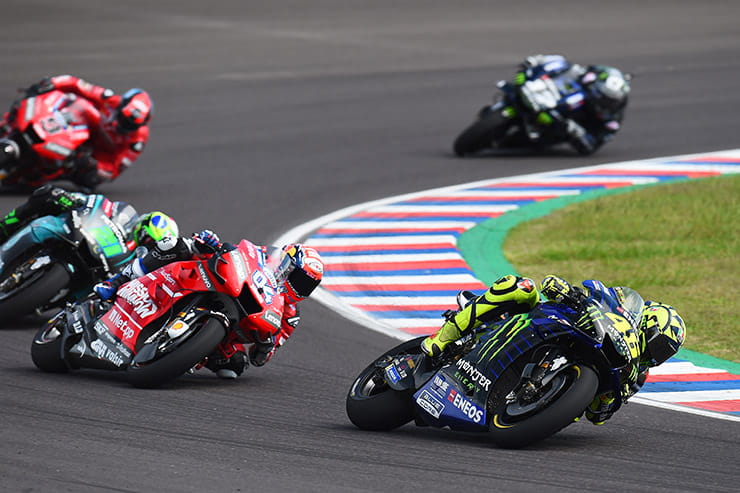 After securing pole position in Saturdays qualifying, Honda's Marc Marquez delivered a master class in precision, leading the race from lap one and delivering lap time consistency of a swiss watch - all laps except his first (a standing start) and last (showboating over the line) varied from average by no more than seven tenths of a second.

Nearly ten seconds behind Marquez, Yamaha's Valentino Rossi and Ducati's Andrea Dovizioso were fighting tooth and nail to secure second place. After swapping positions siz times during the race, it was Rossi that secured second place, co-incidentally just seven tenths ahead of Dovizioso.

Britain's Cal Crutchlow (Honda) had a frustrating outing, picking up a ride through penalty for a jump start, and finishing in a lowly 13th place, some 31 seconds from the lead.

Qualifying in eighth, and making up four places off the grid, Italy's Lorenzo Baldassarri continued to make inroads, securing two more positions on laps 15 and 16, before taking the lead on lap 20 and securing his win by just over 1.25 seconds.

Spanish Jaume Masia made hard work of the Moto3 race, qualifying in pole for the first time in his 23 race moto3 career, and dropping as low as 14th place during the race.

As to be expected with Moto3 races though, anyone of about 9 or 10 riders could have won with just a second and a half covering the first 12 riders over the line, but Masia held his nerve to secure his first career win, from South African Darryn Binder and Italian Tony Arbolino. 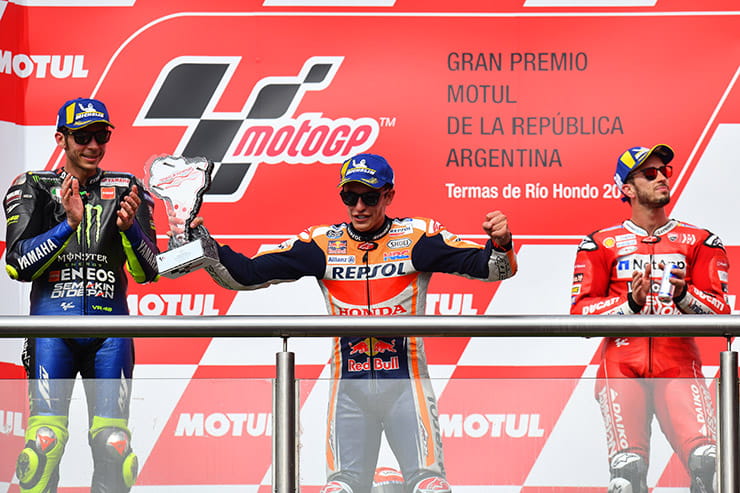 Here's how the championship tables stand after round 2: 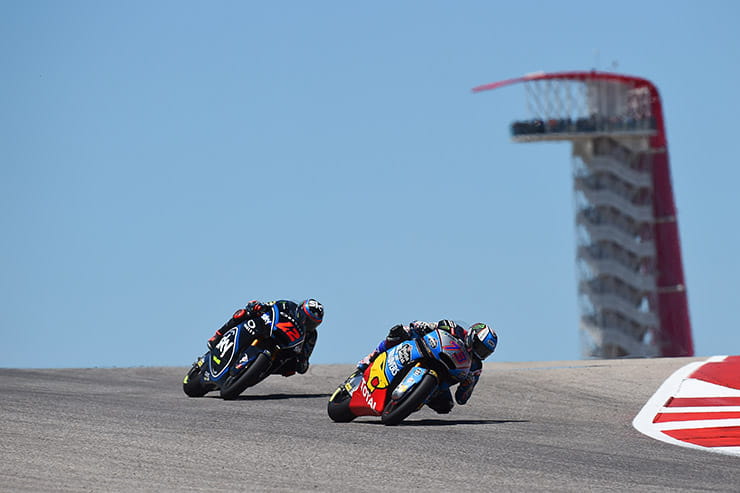 The season continues this weekend at the Red Bull Grand Prix of the Americas, COTA, Austin Texas.

TV coverage is split between BT Sport 2 for live action, and Quest TV for highlights, as follows: