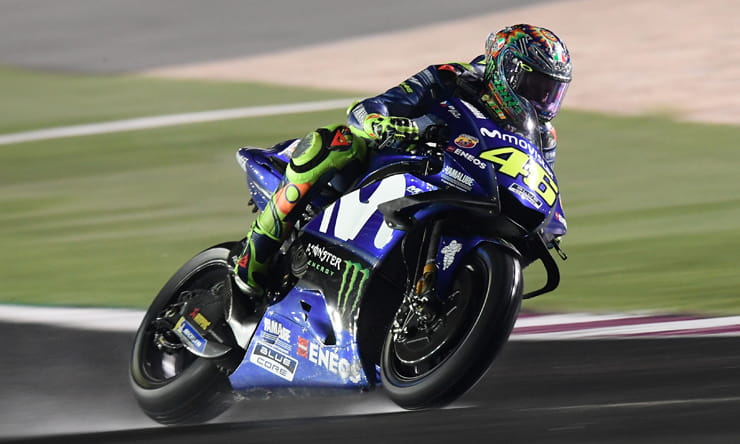 Yamaha has today confirmed that Valentino Rossi will continue to race for the team for a further two years, taking him up to the end of the 2020 MotoGP season. The Italian has competed with Yamaha 206 times, over two stints clocking up 56 Grand prix wins with the Japanese factory and 191 premier class podium finishes.

Speaking of the news Rossi said; “During the last two years I came to the conclusion that I want to continue because racing – being a MotoGP rider, but especially riding my M1 – is the thing that makes me feel good.” When previously questioned about retirement, Rossi has stated that if he’s competitive and feels good, he’ll continue. With six podiums last year and a GP victory at Assen, although it wasn’t a classic season for the veteran, his pace is clearly still up there. “I know it's going to be difficult,” he continued, “and it requires a lot of effort from my side and a lot of training, but I'm ready. I am not lacking in motivation, that's why I'm signing for two more years."

The Doctor is already the oldest rider to win MotoGP after he took victory at the Dutch GP in 2017. At the age of 38 years and 129 days, he beat Troy Bayliss, the previous holder of the accolade who was 37 years and 213 days old. “The confirmation of Valentino's two-year extension of his Agreement with Yamaha is a great way to start the 2018 season,” said Yamaha MotoGP team boss, Massimo Meregalli. “It was very easy to reach an agreement together – as a Factory Team we need top riders capable to win, and with the total commitment to do what it takes to achieve the goal.”

Clearly still confident in Rossi’s ability as a racer, Massimo must also be breathing a sigh of relief, safe in the knowledge that the vast sums of sponsorship money that the Rossi brand brings in will, continue to flow.

The first round of the 2018 MotoGP championship kicks off this weekend the 18th of March. Follow all the action on BT Sport.