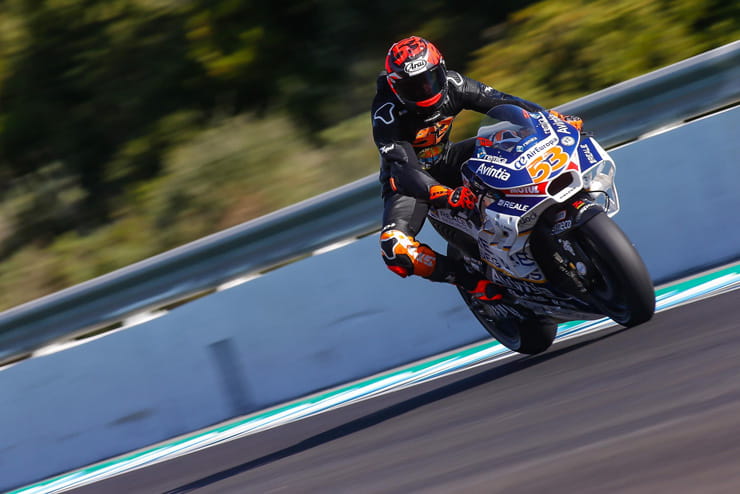 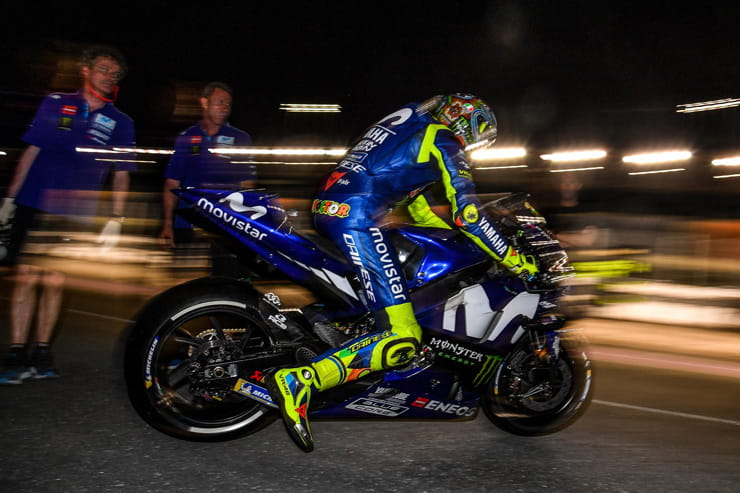 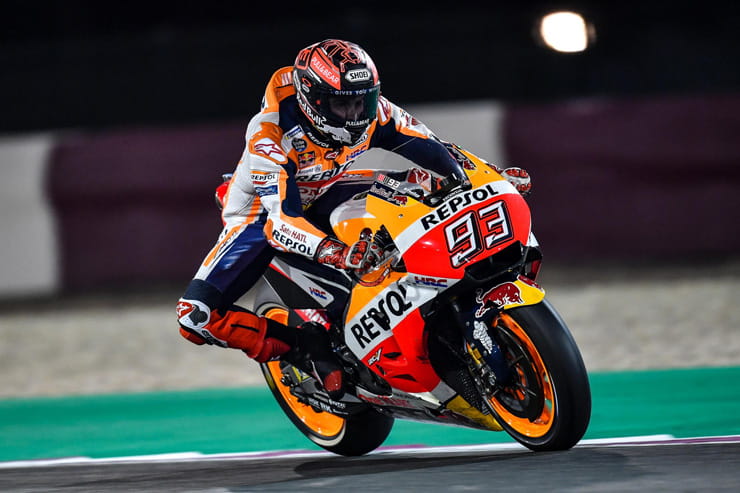 What is a MotoGP bike? The rules, regulations and technical speak

MotoGP is a prototype racing championship. The bikes raced are bespoke, hand-built and are some of the most technologically advanced two-wheeled machines on the planet.

In real terms a MotoGP bike is an out and out racer, built with the sole purpose of getting around a race track in the fastest time possible. That doesn’t mean that a MotoGP bike won’t in some way benefit the bikes that you and I can go out and buy from our local dealer though; many of the technologies born in MotoGP filter down to the bikes we ride on the road. Cleverness like anti-wheelie, launch control, active suspension and quick-shifters were all created initially to help race bikes go fast and are now commonplace in the model ranges of many of the big superbike manufacturers. 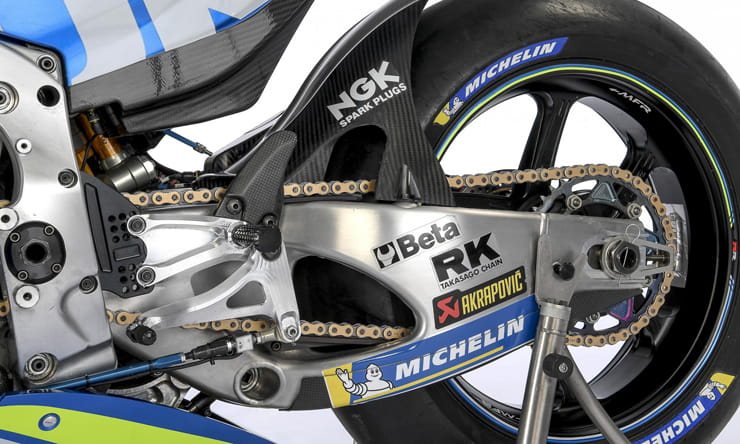 A MotoGP bike must be no greater than 1000cc and must be a four-stroke engine. The maximum number of cylinders is four and the maximum bore is restricted to 81mm - ruling out super-short stroke designs (which allow higher rpm limits, more power, but also increase costs for the teams). To save costs and encourage durability, each rider is allocated seven engines to complete the season, with no development allowed during the year. A maximum of 22-litres of fuel is allowed for each race, ensuring that engines must be fuel efficient as well as reliable - with an average race distance of around 75 miles, bikes have to deliver around 15mpg over a race distance. The engine must run on standard cylinders, no oval pistons or rotary motors are allowed and they cannot be turbo or supercharged. The bikes run carbon brake discs in the dry, which can withstand temperatures of 800° and most of the field run steel discs in the wet which have a more progressive operation than the 'all-or-nothing' of carbon discs. All the bikes use the same make of tyre (Michelin are the current supplier). The bikes all use the same type of Electronic Control Unit [ECU] which is the brain of the bike and controls the fuel flow, traction control, anti-wheelie and a host of other features. This was brought about to curb costs and to also ensure a level playing field for all teams and manufacturers. 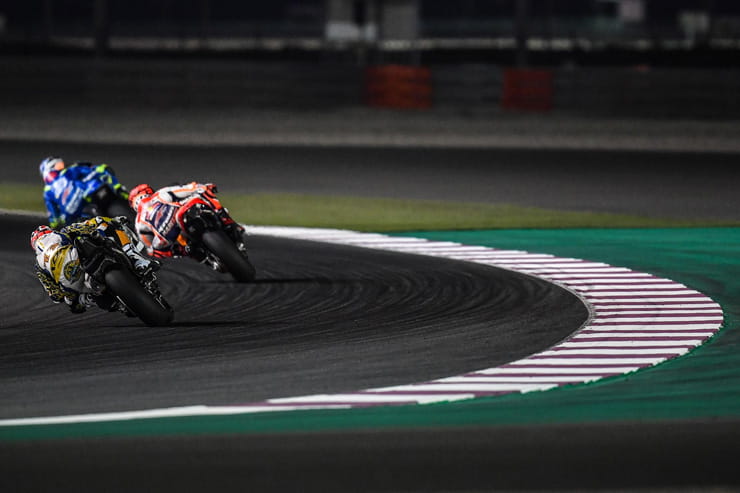 A MotoGP bike has a minimum weight of 157kg and most produce over 240bhp. This means at tracks like Mugello in Italy, which has a 1141-metre straight, the bikes will be nudging 220mph (355kph).

There are no creature comforts in MotoGP. The bikes are very stiff, unforgiving and require a completely different skill set to succeed than say a British Superbike. This is the reason that on some occasions highly competitive BSB and WSB riders will take time to adapt to the rigors of controlling a MotoGP machine. It can take some years to master these notoriously hard-to-ride bikes.

Although all bikes are built to the same regulations, there are two categories of teams that race in the MotoGP championship, they are:

This is a team that is funded, managed or directly run by a manufacturer. They generally benefit from large resources, staff and funding. Factory supported teams are: Repsol Honda, Movistar Yamaha, Ducati Team, Aprilia, Suzuki and Red Bull KTM

These machines will be leased or rented from the factory and run by independent squads. They generally have smaller resources and budgets but, as Cal Crutchlow (pictured below) proved twice in 2016, they can still take the fight to the factory teams. A satellite bike can be the same as those used by a full factory effort, but will usually be slightly lower in specification and will sometimes be 'hand me downs' from the works outfits. Current satellite teams are: LCR Honda, Tech3, MarcVDS Honda, Avintia Ducati, Pramac Ducati and Aspar Ducati. 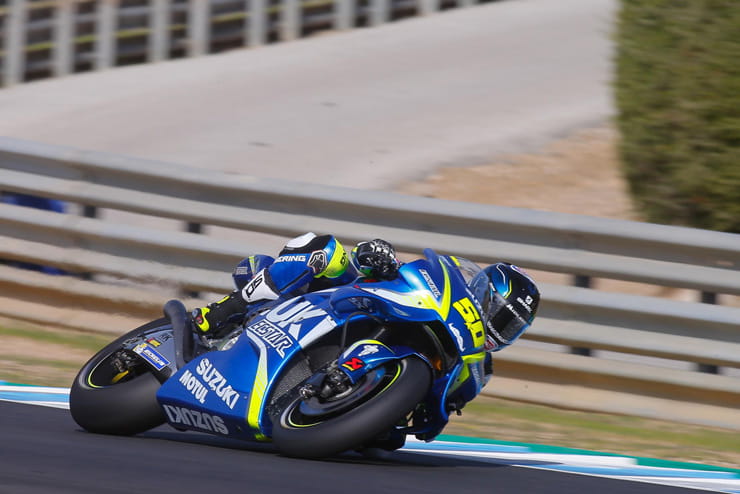 One of the biggest changes over the last couple of years is the advent of aerodynamic devices becoming common place in MotoGP. First trialed by the Ducati factory team on its GP15, Yamaha and Honda followed suit installing their own versions shortly after. Aero devices in MotoGP differ slightly from those you see in four wheeled motorsport, where the main objective is to increase corner speed. The wings were designed to help minimize front wheel lift when exiting corners. Prior to wings, front wheel lift was prevented by cutting the engine’s power when the front started to rise. The idea of wings was to force the front end of the bike down onto the track without robbing the bike of any power. The tradeoff is that any aero device will create drag but the gains to be had outweigh the small amount of drag they create.

For 2018 the aero devices will look very different to previous years as wings or winglets are now banned over safety concerns. The governing body of MotoGP, the FIM and the rider’s representative, IRTA deemed that the risk of a riding getting cut by a winglet being too dangerous. Some teams will still run wings in 2018 but they will be incorporated into the fairings or nose cones of the bikes, circumnavigating the ban and keeping the advantage they bring. 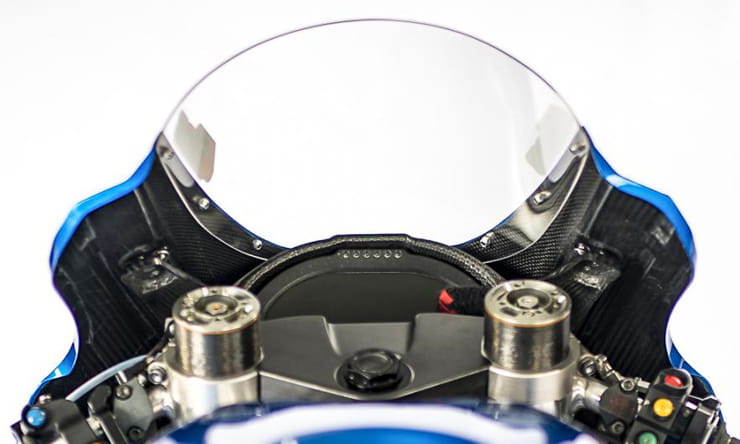 Last season saw teams in MotoGP trial pit-to-bike signaling via the bikes dashboard. At first this was a simple system that would advise of a red-flagged race or black flags. Now the system can relay fairly complex messages to the riders and even in some cases be used as a virtual pitboard. If this is selected the rider can see things like the gap to the rider ahead or behind, lap times and how many laps are left to race.

The types of messages a rider can receive are listed below: 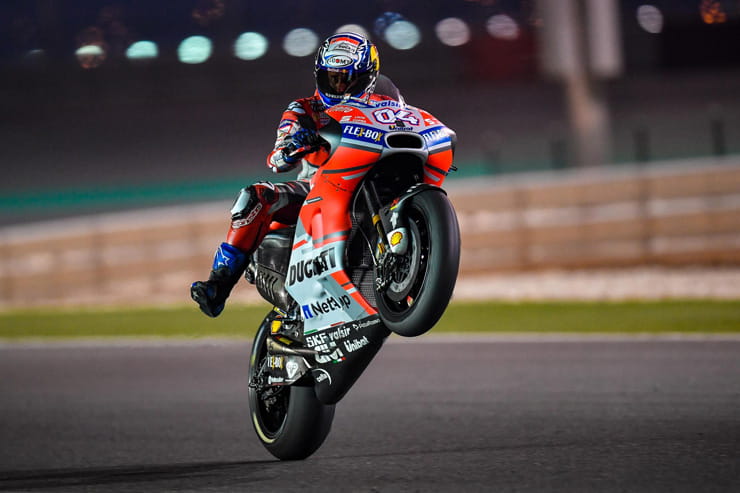 The MotoGP championship awards points based on finishing positions down to 15th place. A maximum of 25 points are allocated for a win, then 20, 16, 13, 11, 10 and so on, until 15th place receives one point. At the end of the season the rider with the greatest number of points is crowed the world champion. Points are also allocated to teams and manufacturers for their respective world championships.

Below is the outline of a race weekend for MotoGP at a typical European round – the times and durations can vary and are shown as a guideline only. 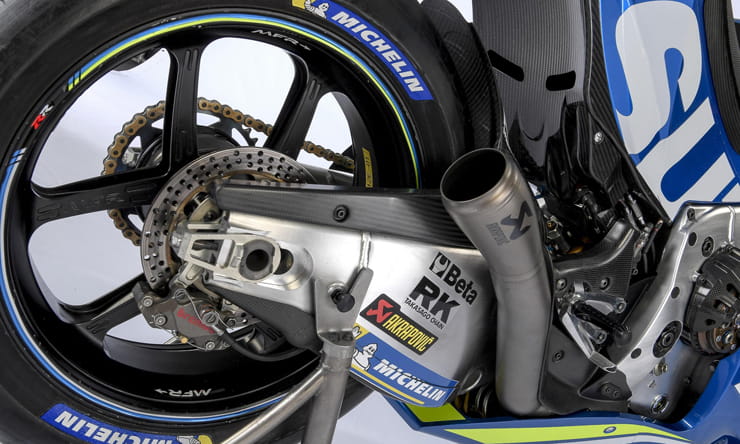 The action begins on the Friday before the race with the riders heading out for the first of four timed practice sessions. A rider that takes part in these sessions and records a time of within 107% of the fastest time set is deemed to have qualified for the race. Based on combined practice times the ten quickest riders from FP1, FP2 and FP3 are progressed into QP2, they will fight it out for the top 10 places on the grid. All the other riders will take part in QP1 with the fastest two riders from this group getting a promotion to join the top-10 shootout in QP2. So, QP2 forms the top 12 places and QP1 forms the remainder of the grid.

If a rider cannot compete in a qualifying session for any reason but is still fit to race, Race Direction may allow them to start if they have recorded a lap within 107% of the fastest time in one of the free practice sessions. They will normally start either from the back row of the grid or from the pit-lane. 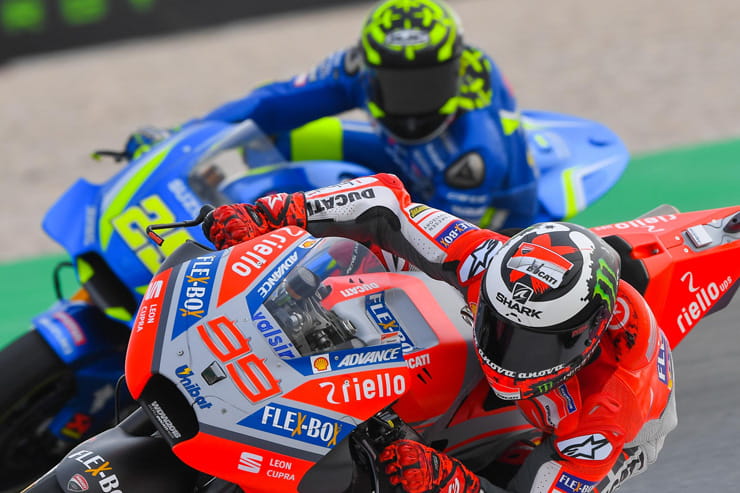 If you haven’t seen a MotoGP before, you really need to try and get to watch one live. Nothing compares to the brutality of a MotoGP bike being ridden, especially as we have such a high number of talented riders vying for the win. Simply put it is a breathtaking sight and sound. For most of the rounds though, it'll be TV and online coverage. Dorna, the company that run MotoGP and the support classes put together some top quality coverage. They invest in new technology like ultra-high speed cameras for slow motion replays and 540° on bike cameras that move as the bike does. For viewers in Britain, all of this footage can be viewed on BT Sport’s excellent live shows and ITV4’s highlights show (broadcast the Monday after each race). If you want to watch live but don't have BT Sport, Dorna's own online MotoGP Video Pass also allows access to multi-screen options, selective cameras and every MotoGP event ever. There are also plenty of exclusive interviews and features between the races and tests. A 2017 season pass costs £177.78 but there are a variety of payment plans, details of which can be found here. 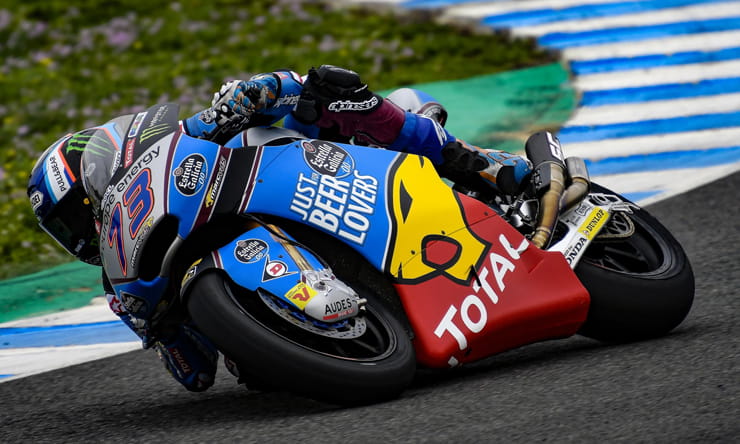 There are two support classes that follow the MotoGP circus to every round, Moto2 and Moto3, with a third that joins them at selected European events, The Red Bull Rookies MotoGP Cup. Each of the three support classes is designed to help a rider progress and move forward and, although not all will make it, eventually ride in MotoGP.

Red Bull MotoGP Rookies Cup – Identical KTM RC250R bikes ridden by the fastest teens in the world, including our own Dan Jones. 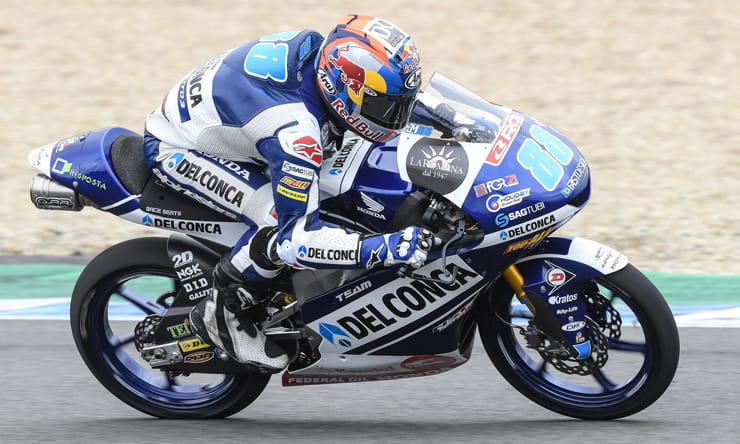 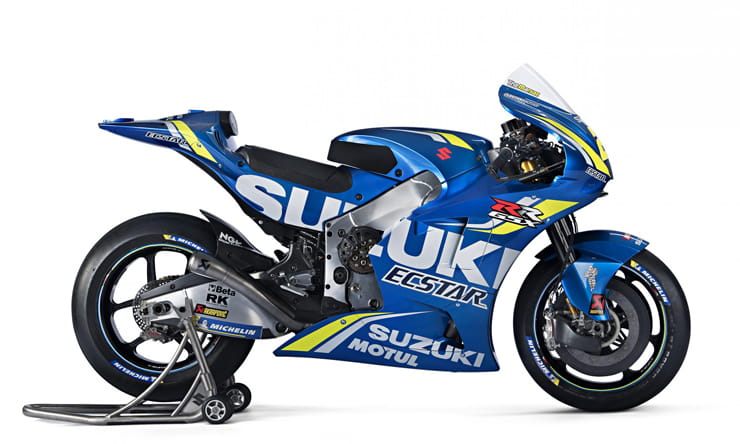 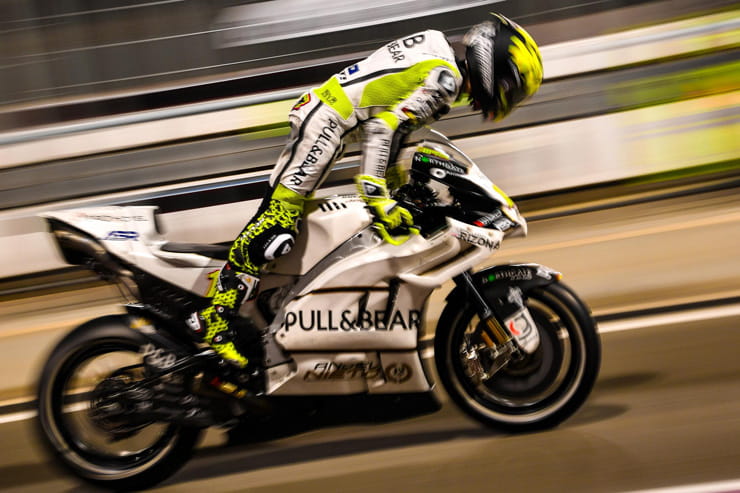 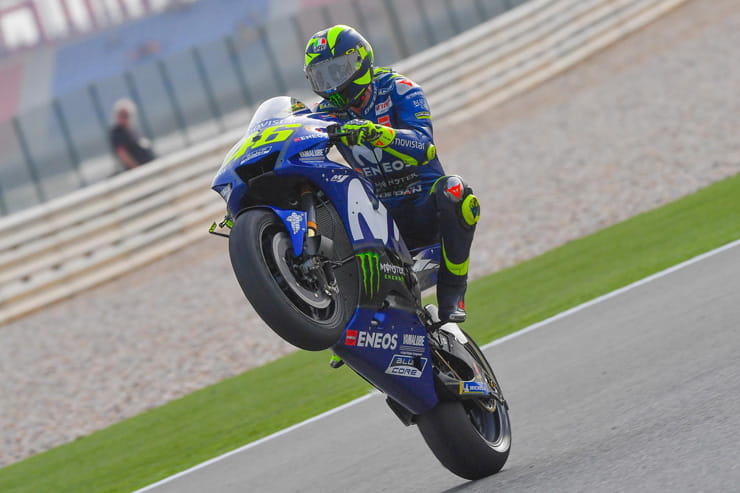