Barry Sheene inducted into the Motorsport Hall of Fame 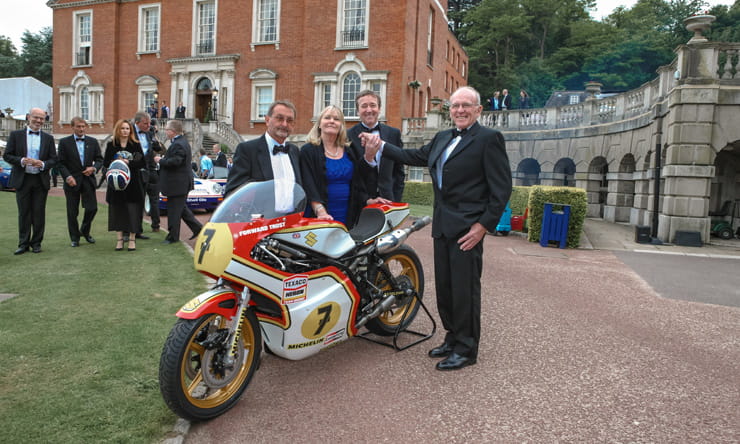 Two-time world champion Barry Sheene was inducted into the Motor Sport Hall of Fame during a star-studded awards ceremony at the Royal Automobile Club’s Woodcote Park Clubhouse on 7 June.

“It’s amazing to be awarded this,” said Smart. “I’m thrilled to bits.”

“World champions are different from normal people,” added Ogborne. “They will pull off the move that makes you think, ‘Ooh’ – because there is no second place in a champion’s mind.”

Spencer raced against Sheene in the early 1980s and added his own memories: “In 1980, I was 18 and had never raced outside the US. I came over for a match race and won, beating Barry – but he was the first person to come up afterwards and say, ‘Good job’. Then, in 1982, I was signing autographs with him and we’d been there about an hour. I began to stir and he said, ‘Where are you going? We stay here until the last person has their signature’. That was the Barry I knew.” 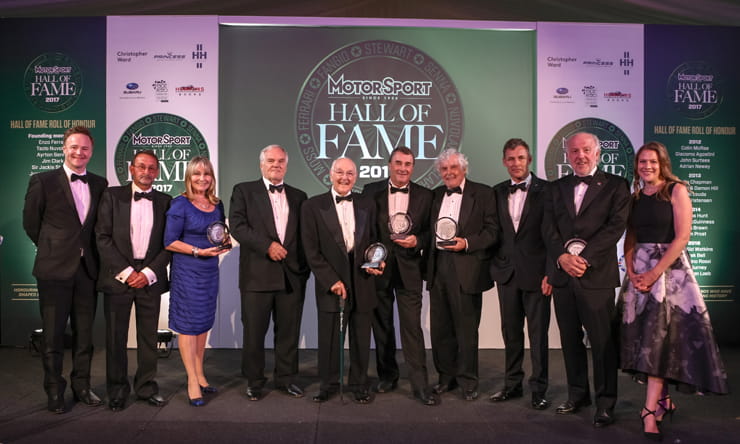 “World champions are different, they will pull off moves that makes you think, ‘Ooh’ – there is no second place in a champion’s mind.”
Martyn Ogborne Barry Sheene's former race engineer

Barry Sheene Raced in the top flight of motorcycle racing between 1970 and 1984. The championship that Sheene became a two time champion in, 1976 and 1977, would later become the MotoGP championship that we know today. Sheene had 102 starts in world championship road racing finishing on the podium 52 times and taking 23 race victories.

His on track success is almost overshadowed by his off-track excess. Barry was well known to enjoy living the high life, he attended A-List parties frequently and considered Formula One racer James Hunt and Beatles musicians Ringo Starr and George Harrison as his friends. Sheene was also known to drink and smoke heavily including on a race weekend. He even had a hole drilled in the chin bar of his crash helmet to enable him to smoke while wearing  it on the grid!

Barry Sheene's Championship winning Suzuki XR14 has just finished being rebuilt after standing for many years. The bike broke cover last year and toured the country, taking in events such as the Silverstone MotoGP race so fans could see the bike in the flesh.

It was after this tour that Suzuki decided that the XR14 RG500 (to give it its full name) should be restored and returned to its original working condition. Sheene's former race engineer Martyn Ogborne (pictured above next to Sheene's sister) was selected to embark on the rebuild and was joined by another former Suzuki Grand Prix technician Nigel Everett.

The YouTube clip above depicts phase one of the rebuild process with the video below showing the completion of this journey.

The bike is now going to be doing what it was designed to do, albeit at lower speeds as it takes to tracks around the country this year. This gives fans young and old the chance to take in the sight, sound and smell of this one of a kind motorcycle.

The bike will be appearing at various festivals around the UK in the coming year including the Sheene Festival at Oliver's Mount (July 22-23).

For more information about the event please click here.