Triumph set to take over Moto2 engine supply… and launch an 1175cc superbike? 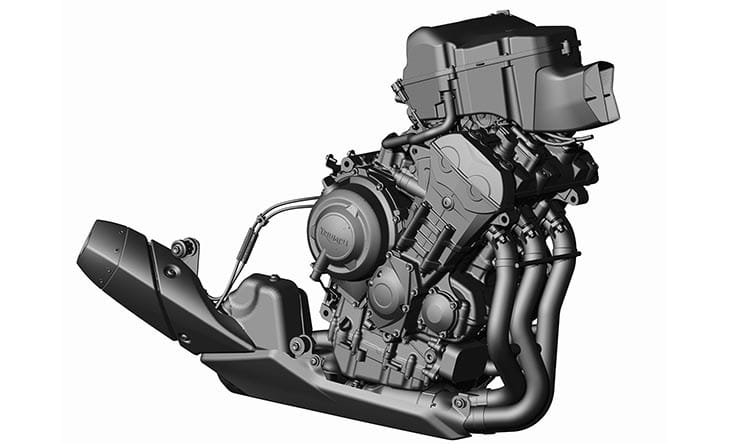 Triumph looks set to take over the supply of engines to the Moto2 class from 2019, supplying a lightly modified version of the 750cc triple unit from the newly-announced Street Triple.

Sources suggest that the British manufacturer has won the tender with Dorna, the rights holders to the MotoGP world championships, and although neither party has made an official announcement, we understand that it is a done deal.

Moto2 bikes have been powered by a spec 600cc four-cylinder unit from the Honda CBR600RR since the introduction of the class in 2010. The engines, which are all prepared by Dorna-owned company ExternPro before being sealed and distributed randomly to teams every three races, have been criticised for being too basic for a powerplant that provides a springboard to MotoGP for the riders. In 2016, ExternPro had around 200 CBR engines on their books, which are constantly being rotated between the riders, dyno and rebuild bays.

As a more compact and modern design, the British triple should be far more suited to a racing application and will provide more flexibility to the third party chassis builders that supply the teams on the Moto2 grid. We reckon they’ll sound pretty sweet too!

Triumph has traditionally resisted racing as a means of marketing its products, with owner John Bloor reportedly suggesting that the R&D costs are not rewarded with increased sales. The Moto2 engine deal provides a more commercially sound opportunity, with fixed overheads and a need to provide consistent and reliable engines rather than a constant drive for extract every last ounce of horsepower.

Triumph remains cagey regarding the project and has made no official announcement, even at this week’s glitzy launch of the new Street Triple. The Moto2 engine supply could also mark a return to the sportsbike market for the British brand, which has focussed on the retro market in recent years and is in the process of phasing out its supersport class Daytona 675. Rumours of an all-new engine to power a next generation Speed Triple and a fully faired superbike continue to rumble on, with one of the company's test riders recently letting slip on Facebook that ‘the new superbikes (sic) gonna be 1175’.

Triumph’s deal to supply the Moto2 grid appears to be unrelated to the new Spirit Motorcycles GP Sport, which was unveiled to the public in November. That bike is said to be powered by a 750cc version of Triumph’s venerable 675 engine, and is being billed as a Moto2 bike for the road.

Long time Triumph partner T3 Racing is heavily involved with the £69,000 Spirit project and has dispensation to run the GP Sport in the British Supersport Championship, perhaps opening up a platform upon which to develop and test the new Moto2 engine.