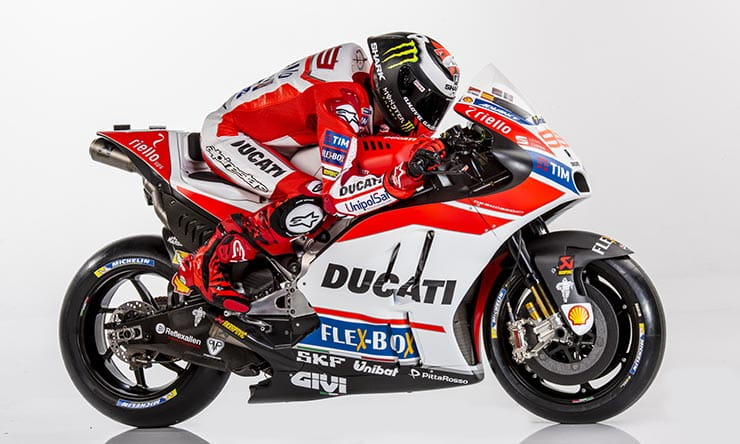 Having pioneered the use of winglets in MotoGP over the last few years, Ducati’s engineers will be understandably miffed to see their work go to nothing this year as that technology is banned. But far from crying into their espressos the firm’s boffins have come up with something even more ingenious.

At the moment, only a lone patent document reveals any details of what might turn out to be the firm’s secret weapon when it comes to maximising performance on the track. The tech hasn’t been seen on the 2017 Desmosedici GP17 yet, but on paper the design appears to show a lot of promise.

It’s an exhaust that works like a jet engine to add thrust and help minimise the loss of winglets by helping keep the front wheel on the ground during acceleration. It sounds crazy, but bear with us because the line between genius and madness is so fine as to be invisible. If it works as hoped, this idea will fall on the genius side.

The system is actually quite simple. It works like the tailpipe of a fighter jet engine. If you’ve ever seen Top Gun you’ll be familiar with the way that military jet exhausts have variable geometry. An array of interlocking petals surrounding the jet pipe’s exit allows it to be widened or narrowed, altering the thrust coming out.

Ducati’s patent reveals identical sets of petals, operated via electric motors, inside the exhaust tailpipes of a Desmosedici. Just as on a fighter plane, the petals allow the size of the hole in the end of the exhaust to be made larger or smaller.

The idea is that when the hole is smaller, it will create more thrust. Just as you would purse your lips to blow out a candle, the smaller exhaust exit increases the speed and thrust of the gas coming out of it.

There’s a downside to that, of course. Bike exhausts are usually as unrestrictive as possible to ensure they don’t sap the engine’s power. This system would definitely harm the bike’s overall output if the exhaust outlet remained small all the time. But by having a variable-sized exit, Ducati gets the best of both worlds.

It makes a lot of sense. For much of the time, a GP bike simply can’t put down all of its power. Either there isn’t enough grip or the laws of physics mean it would flip over backwards if the engine was unleashed in full. In those situations, normally the only solution is to hold back the engine’s performance. 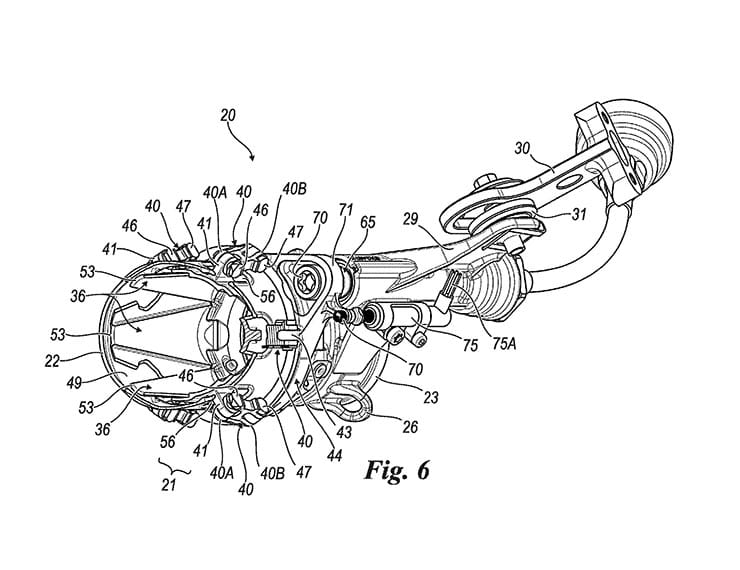 The jet-style exhaust gives an alternative method of thrust, allowing a bit more fuel to be converted into forward motion. Normally, once the rear tyre is putting down as much power as it can without spinning, you’re at the limit of possible acceleration. With this system there’s an additional way to get even more forward motion without asking the tyre to work any harder.

What’s more, because of the angle and position of the Desmosedici’s exhausts, the thrust tries to rotate the bike forwards around its centre of gravity. That means it’s helping to reduce the bike’s tendency to wheelie, foiling another of the physical laws that usually forms a firm limit as to the potential maximum acceleration on a bike.

The downside? Presumably the bike will burn more fuel in getting this additional performance. But if it gives a race-winning edge, that’s something the team will surely be happy to live with.

At the moment it’s not clear whether Ducati has tested the idea, or when it might appear on a race bike. It’s also not known whether the firm has wider plans for the concept but Ducati rarely patents technologies that it doesn’t hope to use in production at some stage.

There’s a new Ducati superbike expected for 2018. A jet-assisted exhaust could be an interesting selling point to mark it out from the competition… 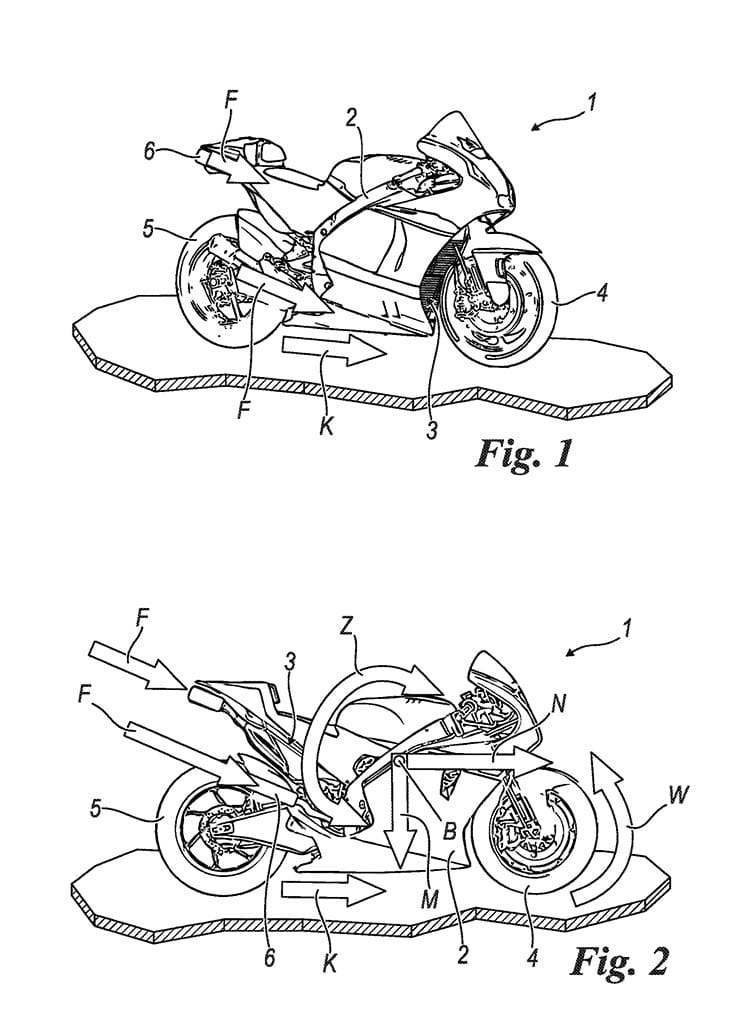