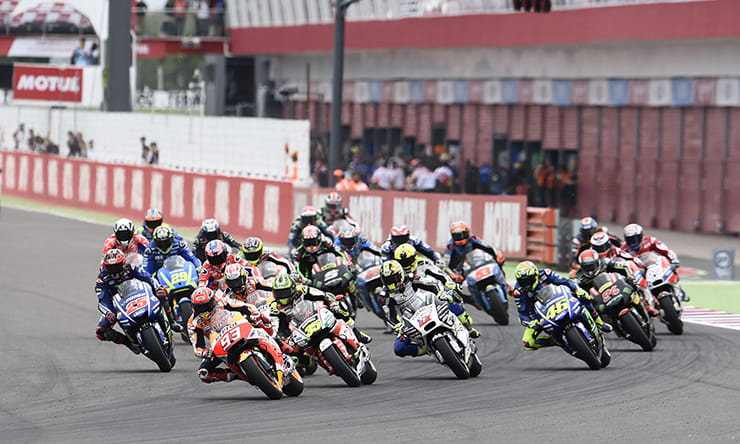 A revolutionary new and completely ‘green’ racing series to support MotoGP, called ‘Moto-E’, is charging ahead for 2019. With five races per year, the series will run initially over a three year trial period.

A spokesman for Dorna, the company that owns and runs MotoGP, confirmed to BikeSocial that Moto-E will run as a one-make series with a decision on which manufacturer will be chosen to supply the bikes expected “in the next two months”.

The emphasis of the series is to be “completely green from the beginning”, said the spokesman, right from how the batteries are charged. There is no sense in creating a ‘green’ racing series and then use petrol-powered generators to charge the batteries. The focus is to use solar power or an alternate and efficient energy source that keeps the series sustainable throughout.

The Dorna spokesman also confirmed, “We’re looking at something sustainable, a bike that is reasonably priced to provide equal opportunities, something that is stock for everyone so the cost is contained. The Mugen that runs in the TT Zero, for example, is a super expensive prototype.”

While the Formula E championship is not only contested on four wheels instead of two but the races are held on street circuits. This is not the plan for Moto-E. MotoGP boss, Carmelo Ezpeleta, has been on record with Italian newspaper, Corriere della Sera, as saying, “There will be five electric races as a support by 2019. We want to reach an agreement with an electric company that carries photovoltaic stations to each circuit and these green stations will be what supplies the charge for the batteries in the bikes.”

The hot money is on the likes of Dorna’s favourite circuits at Jerez, Misano and Sachsenring to be among the five. Mr Ezpeleta also confirmed a trial period of three years with race duration between 10-12 laps depending on the circuit length and undulation.

Battery technology is changing dramatically year by year. They last a lot more than they did six months ago, and in six months’ time they will last longer still, that’s a big change so by 2019 we’ll be able to race on one bike without having to change bikes, similar to what happens in a Formula E race.

The TT Zero was introduced as a one-lap race for electric motorcycles at the Isle of Man TT in 2010. The lap record was set with an average speed of 96.8mph. Only five years later, John McGuinness on the Mugen set an average speed around the 37.7mile Mountain Course of 119.3mph. The 120mph barrier is expected to broken at the TT this year with McGuinness and new team mate, Guy Martin, starting as favourites.

Rumours are circulating about Italian firm Energica as a serious candidate to provide the machinery. Their superbike ‘Ego’ model looks like a firm favourite - we had the pleasure of testing the prototype model back in September 2014. According to our Italian counterparts at Corriere della Sera, BMW and Honda are also in the running. 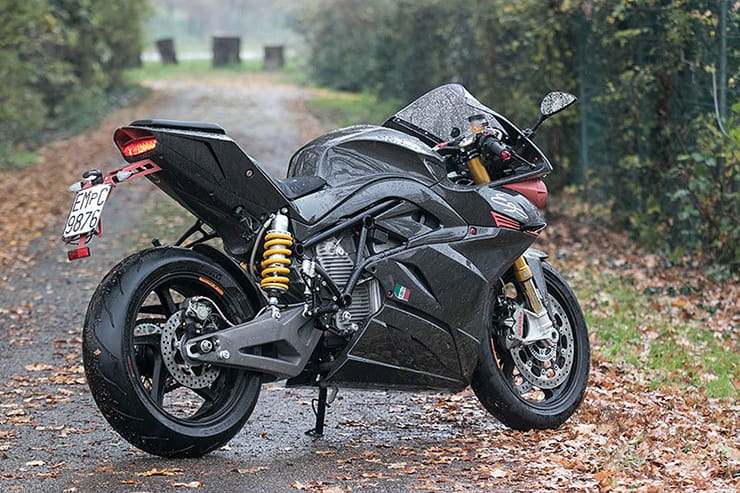