Maverick Vinales aims for top 4…and a ride at Cadwell 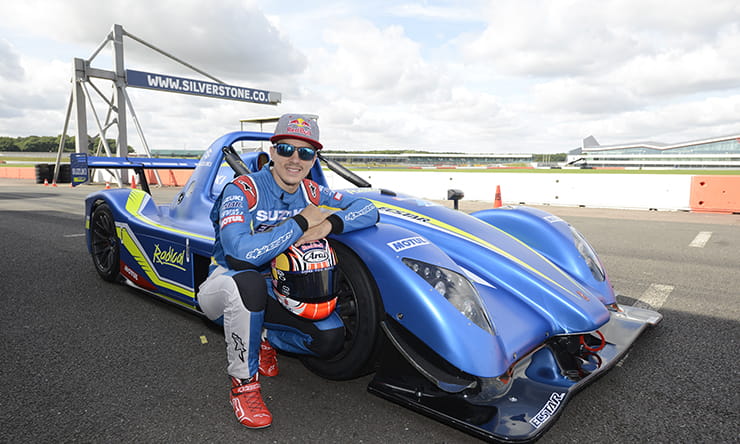 MotoGP’s youngest rider, 21-year old Maverick Vinales, has been speaking to Bike Social ahead of this weekend’s British MotoGP round at Silverstone, a circuit which has treated the Ecstar Suzuki rider well in the past.

The young Spaniard is looking forward to racing again at the scene of his first ever Grand Prix pole position back in 2011, a circuit he says suits the GSX-RR. “For me and for our bike it’s good, Silverstone is one track where you need good flow through the corners. We don’t loose out a lot on acceleration out of slower corners at this circuit and last year we had really good pace (except on the first lap!)."

After a 9th place finish at the last race in Brno, leaving Vinales 5th in the world championship, just 9 points behind Dani Pedrosa, the Ecstar Suzuki team stayed on for the official test. The 2013 Moto3 World Champion said, “In Brno we worked a lot on the electronics so we will try to use this development here. We are trying to get more acceleration especially in 3rd and 4th gear when the wheelie comes – this is the area we are trying to improve.” 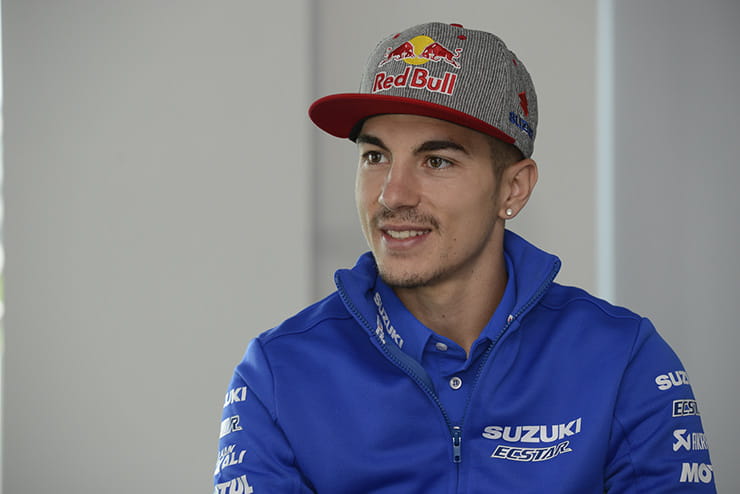 Including this weekend at Silverstone, seven races remain for Vinales to secure a top four position in the championship before he heads off to join Valentino Rossi at Movistar Yamaha GP team in 2017. After nine top 10 finishes from the first 11 races of the 2017 season including a podium at Le Mans, Vinales is quick to point out how he has exceeded the team’s expectations, “I’m really happy with how the season is but we always want more, we are working so hard to achieve more podiums”.

“Our objective at the beginning of the season was to be top 6 in the championship and still we feel we can catch 4th, for sure we feel good and now its time to push more than we can to try to improve more and try to be in the top group. I think if we work hard on Friday we can be there in the race. I feel good at the moment, comfortable on the bike and on a really good level with my riding style.”, he continued. 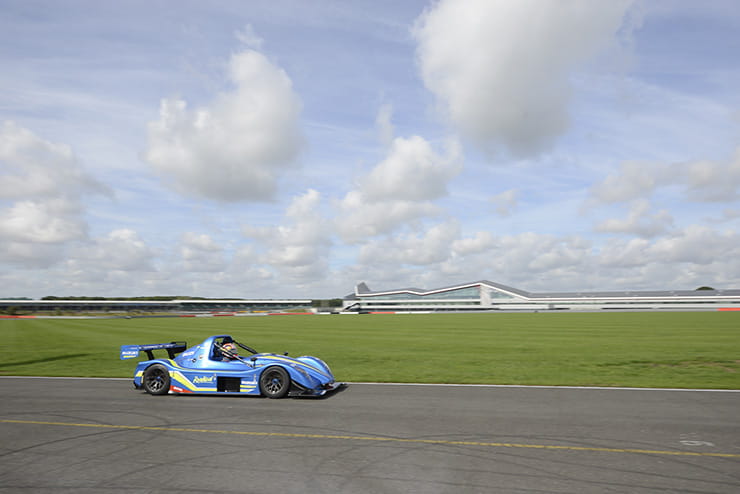 But it’s not only Silverstone that Vinales has had his eye on this week, having watched his occasional training buddy and four-time British Superbike Champion, Shane Byrne, win at Cadwell Park last weekend, “I’d really like to race there, it looks incredible when the bikes’ fly!”

Suzuki had organised a ride in a Hayabusa-powered Radical SR3 sportscar on the Stowe Circuit for Vinales as part of a sponsor promotion for Ecstar, Suzuki’s own brand of oil and lubricants which arrives in Europe in November. Like a child with a new bike at Christmas, the 21-year old Spaniard spent lap-after-lap getting quicker in the 260bhp, £70,000 Escstar-liveried race car and was impressed, telling us he’d like to race it one day.

“There’s so much grip and it’s so powerful, it’s impressive how fast you can go through the corners. Sometimes, when you accelerate from the slower corners, it feels like a MotoGP bike. It would be incredible to test in on a full circuit!” 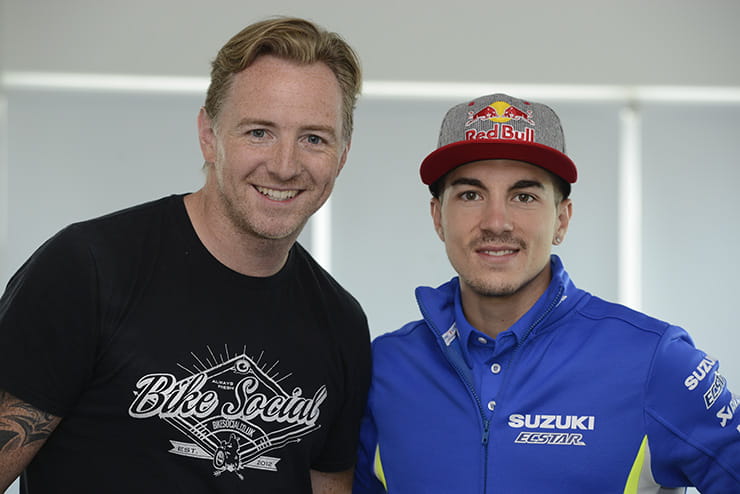