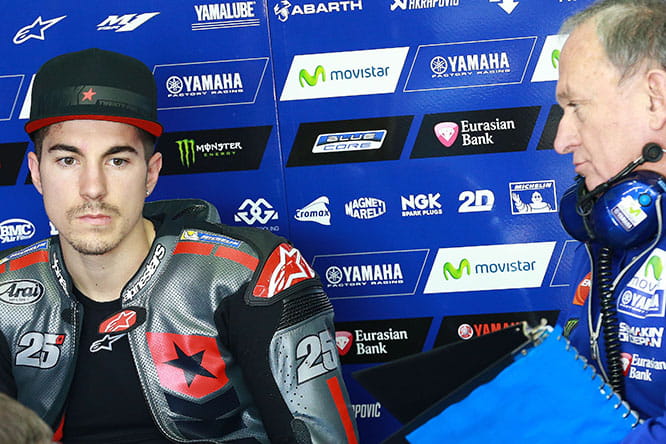 British Grand Prix winner Maverick Vinales topped the timesheets in the two day MotoGP test in Valencia, become the only rider to post a 1:30 lap time on his debut with the factory Yamaha squad.

The Spaniard confirmed that he is likely to be a force to be reckoned with after setting the fastest time on both days. World champion Marc Marquez was second quickest on the 2017 Repsol Honda, with Andrea Dovizioso third on the Ducati and Andrea Iannone fourth on his Suzuki debut.

Iannone was one of several crashers during the day, causing an hour’s delay to proceedings after damaging the crash barriers, but the Italian rode on despite an elbow injury. New team-mate Alex Rins was not so fortunate and will miss the final test of 2016 after sustaining a back injury.

Dani Pedrosa ended up fifth, while top Brit in the test was Cal Crutchlow, sixth on the time sheets on an identical lap time to Valentino Rossi. Jorge Lorenzo ended his first outing as a Ducati rider in eighth, 0.789 seconds shy of Vinales, his replacement at Yamaha, with Aprilia new boy Aleix Espargaro was an impressive ninth.

Scott Redding ended the test in 11th on his first ride on the 2016 Ducati, with Bradley Smith 20th on the still developing KTM. Sam Lowes sat out the day’s testing after crashing yesterday.

The teams now move onto their private tests ahead of the testing ban that covers most of December and all of January. 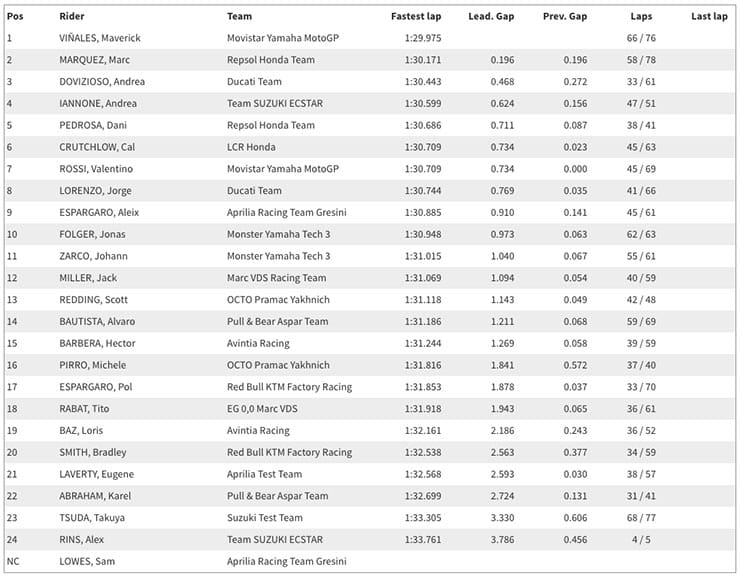