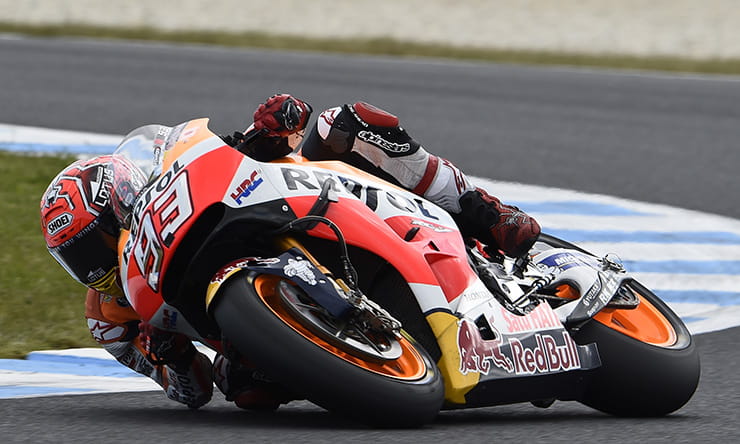 As the dust settles in the wake of Cal Crutchlow’s Aussie masterclass, the teams and riders head to the heat and humidity of the Sepang International Circuit for this weekend’s Malaysian Grand Prix.

As far as MotoGP rounds go, Philip Island and Sepang couldn’t be further removed. From track layout to unpredictable tropical weather, about the only similarity is the fast sweeping corners that punish both man and machine. Normally the teams and MotoGP tyre supplier Michelin would be pouring over data from last year to decide how best to navigate the track come race day, but not this year. The circuit’s owners have thrown MotoGP a curved ball by having the complete track resurfaced and the changes don’t stop at the tarmac. Several corners on the track are changed, with some having camber added allowing a tighter faster inside line, and others such as turn 15 having the inside kerb raised by a metre to aid drainage should the almost inevitable tropical storm hit.

The changes mean this weekend’s race is a bit of an unknown so Michelin are bringing three front slick compounds as well as two rears to deal with the heat and fast right handed corners.

Piero Taramasso, Michelin Motorsport Manager had this to say. “Sepang will signal the last fly-away race of the tour, but we won’t be taking things easy because it’s the end of the trip. The circuit has been re-surfaced since we tested there in February with the whole MotoGP field, so most of that data is irrelevant as to wear levels and grip consistency. The circuit features two long straights and many hard-braking zones, so front-end stability is important at Sepang. There are also lots of long turns, so rear edge grip will be important. The track can also reach very high temperatures and we have had to take all those differences into consideration before deciding on this week’s tyre allocation.”

With only Cal Crutchlow having an insight into the tracks new characteristics, after taking part in a test here to help Michelin gather data and already proving to be quick at the track in pre-season tests where he finished fourth, only a tenth away from Marc Marquez, expect another strong showing from the Brit early on at least. Layout wise the fast sweeping corners play to Crutchlow’s strengths, as we saw last race and with the LCR Honda not likely to hang around down the 920m straights, his chances of another top performance are looking good.

Probably the biggest headlines from Sepang in recent memory stem from ‘that’ incident in 2015, now though with the championship sewn up, Rossi is only looking to pull away from team mate Lorenzo. He said, “Sepang is one of my favourite tracks. I like it a lot, but it‘s also one of the most difficult races of the season due to the weather, It is always very hot.” In the pre-season test at the circuit Rossi placed second behind Lorenzo, who lead the Italian by a second. He went on to say, “The weekend in Malaysia is very physically demanding, but I‘m in good shape. Phillip Island was very complicated but in the end we did a good race and I‘m happy for that. I hope that in Malaysia we can be able to work well again from the first practice. I would like to make it a good race and get on the podium another time.”

This year’s champion Marc Marquez got some pre-practice riding in when he travelled to the Sentul Circuit outside Malaysia’s capital city Jakarta to ride the new Honda CBR250RR. Lapping with students from the Astra Honda Racing School. Marquez spoke to the press about his chances this weekend and the pain of the last races crash. “In Australia we tried to do a great race, but although we ultimately weren’t successful, we always look at the positives. In this case, I once again learned something and I’ll be more careful in similar situations in the future.” Marc also refers to the circuits re-surface and how this leaves some on the back front with setup saying, “soon after that [winter] test, they completely resurfaced the track. Therefore, we must wait and see how we will be able to manage this weekend. I’m very curious about the track, to see how much smoother the surface is now and how much faster it will allow us to lap.”

Sunday’s action can be watched live on BT Sport or through the MotoGP website at the following (UK) times: 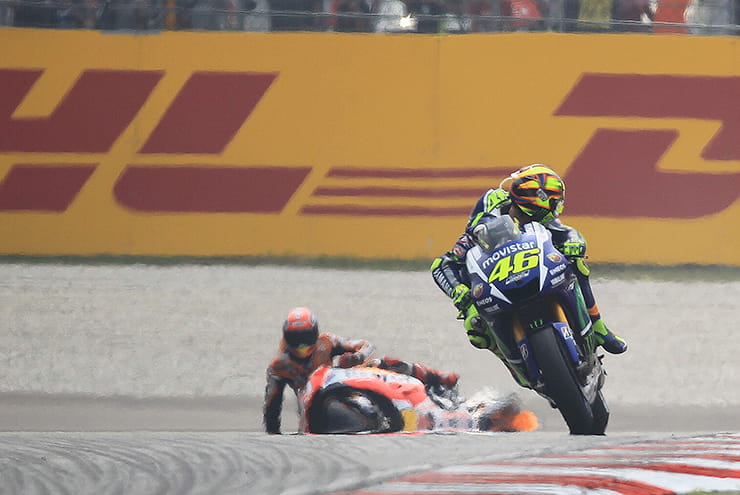