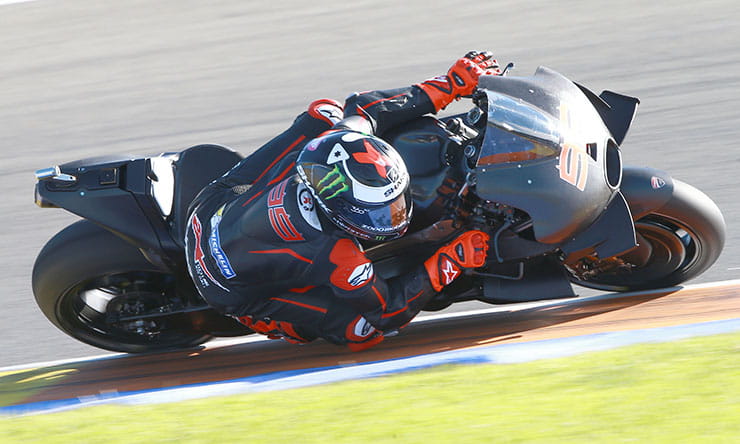 Testing for the 2017 MotoGP world championship is already underway, with testing taking place at Valencia today and tomorrow.

The test marks the first opportunity to see riders on their new bikes, with a host of cool testing colourschemes and an air of secrecy as the manufacturers test new parts and complete new bikes.

Bike Social has been following the action to bring you a run down of what’s been going on in today's morning session and what to expect at the remainder of the test:

Big news of the test is Jorge Lorenzo (above) taking his first ride on the Ducati after nine seasons at Yamaha. The Spaniard was first out, taking to the track just after 9am, and although he and his team are forbidden from talking publically about the test (as Lorenzo is still officially a Yamaha employee) the multiple world champion’s general demeanour has been positive as he put in competitive laps on the 2016 Ducati. After using the current bike as a point of reference today, Lorenzo is expected to switch to a 2017 development bike tomorrow.

Team-mate Andrea Dovizioso has already been out on the 2017 bike, as has factory test rider Michele Pirro, who has done most of the development work on the new bike. Moto3 rider Paco Bagnaia had some early laps on the Aspar Ducati, a gift from the team for his wins on the Mahindra this season. He has handed the bike over Czech rider Karel Abraham, who will campaign the satellite bike in 2017. 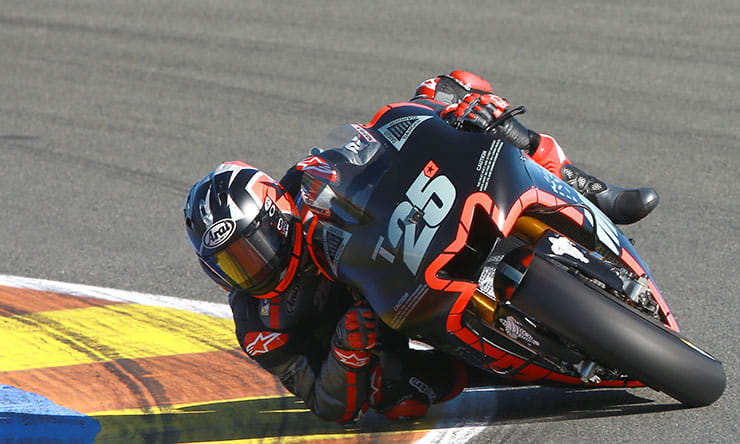 With both Marc Marquez (above) and Dani Pedrosa staying with Repsol Honda, it was no surprise to see the Hondas head the early leaderboard on the 2016 bikes. We’ve also seen Marquez out on the 2017 bike, which is characterised by a much deeper engine note, suggesting a switch to a ‘big bang’ engine configuration. Cal Crutchlow on the satellite LCR Honda has also been out on the 2017 bike.

Maverick Vinales’ switch to Yamaha has started well, with the former Suzuki man consistently up there on the time sheets (pictured below). Like Lorenzo, he’s also riding incognito, with black leathers and an unbranded bike. He’s running the 2016 bike, while Valentino Rossi has been running the full 2017-spec bike, with an updated chassis and more powerful engine.

All change at Suzuki with Alex Rins and Andrea Iannone making their debuts on specially liveried versions of the 2016 GSX-RR. Iannone has been right on the pace all morning, while MotoGP rookie Rins works his way up to speed. 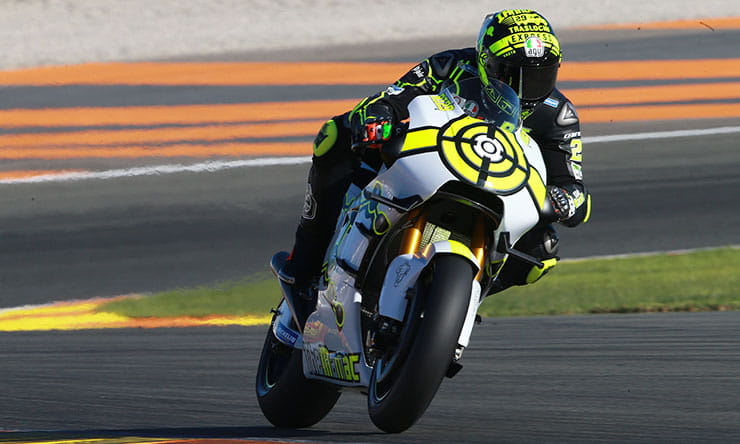 It’s been a case of ‘getting to know you’ in the Italian camp as new boys Sam Lowes (pictured below), Aleix Espargaro and test rider Eugene Laverty rack up their first laps on the increasingly competitive RS-GP, with the Spaniard impressing in particular.

Likewise, it’s a case of familiarisation for the the Austrian newcomers, who have seen Bradley Smith and Pol Espargaro make their debuts on the Red Bull liveried bikes. There’s not too much info coming out of the KTM pit, but the steel framed RC16 looks more competitive than expected, with Espargaro already matching test rider Mika Kallio’s times from Sunday’s first outing at the Valencia Grand Prix. 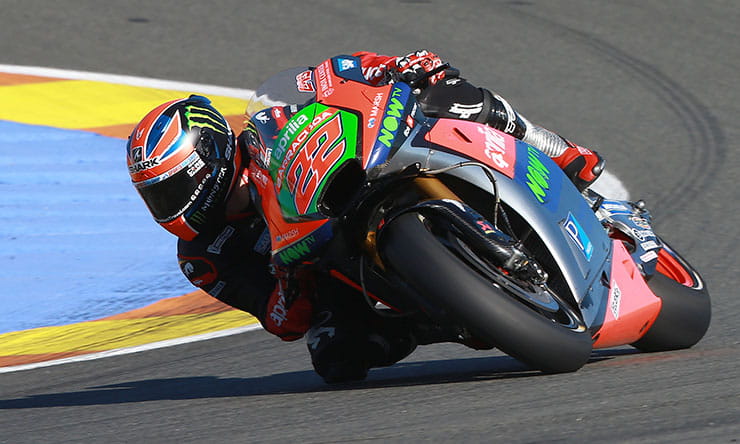