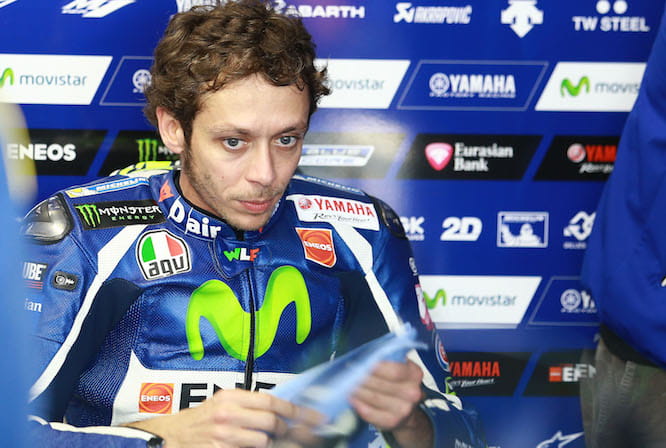 Valentino Rossi has he and Marc Marquez can no longer have a relationship after the Spaniard ‘betrayed’ him last year.

The Italian believes Marquez’ fandom was all a ‘lie’ and that the Spaniard was only interested in being friends if he was beating Rossi.

The statements come in the week before the opening round of the 2016 MotoGP World Championship, where Marquez and Rossi will appear in the same room for the first time since the press conference that kicked the whole saga off in Sepang last October.

After accusing Marquez of deliberately slowing him up during the race in Phillip Island, Rossi went on to run Marquez wide in the Sepang clash, causing the Repsol Honda rider to fall from his machine.

Rossi was handed three penalty points for the incident which saw him start from the back of the grid at the final round in Valencia, something he believes was a key contributing factor to him losing out on the 2015 title to Jorge Lorenzo.

“After what happened we can no longer have a relationship,” Rossi told Italian paper Gazetta dello Sport.

“More than anything I allowed myself to be tricked by Marquez. He really betrayed me. He said he was a fan but those were all lies. I almost believed him and I was ready to have a rivalry with him, giving 100% on the track, but those were all lies on his end. At Assen [when Rossi and Marquez collided on the final chicane] I realised he was only my friend when he beat me.”

Rossi goes on to suggest he’ll do anything to take the win this year, likening the situation to the fierce Formula One rivalry between Ayrton Senna and Alain Prost – which saw Senna win the 1990 world championship after a precarious move on the first corner at Suzuka.

Rossi and Marquez will sit alongside one another in next week’s pre-event press conference scheduled to take place on Wednesday in Qatar. We’ll be there to bring you all the latest.