Rossi: 'Lorenzo doesn't have the balls to go to Ducati' 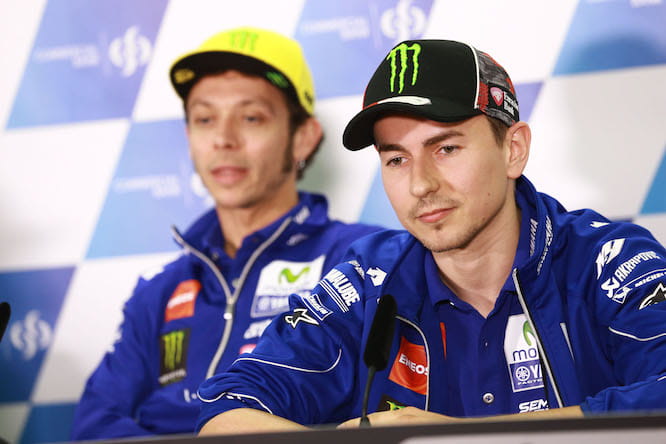 Valentino Rossi has claimed Jorge Lorenzo ‘doesn’t have the balls’ to make an ambitious move to Ducati next season.

The Movistar Yamaha duo became embroiled in a bitter press exchange at the weekend’s opening round of the 2016 MotoGP World Championship in Qatar after the pair fell out following an incident on track in FP4.

Rossi accused Lorenzo of exiting pit lane without looking to see whether anyone was coming and interrupting the start of a fast lap for the Italian.

“He exited the pits without looking at the track and he arrive at the first corner and tried to slow down but he was on the line,” Rossi told journalists. “The problem is that I asked him why, expecting him to say sorry but he said to me like ‘what do you fucking want’.

When Rossi pulled alongside Lorenzo at the end of the session to further complain about the incident, the Spaniard shrugged it off with an unpleasant gesture. 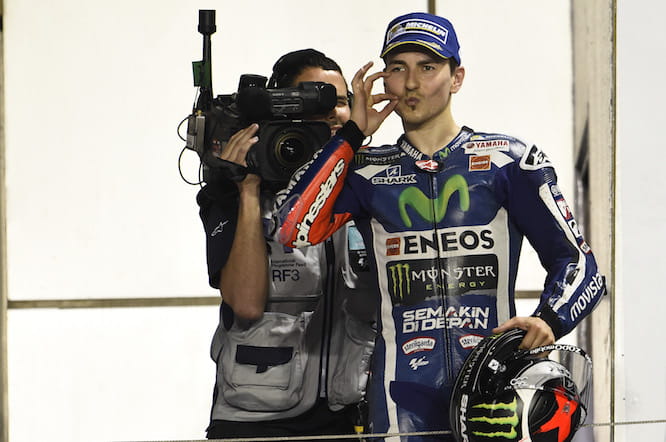 The war of words continued in the evening’s press conference when Lorenzo was asked about the announcement that Rossi would stay with Yamaha next season. ‘He was always going to sign early,” Lorenzo said. “It’s not as though he had any other options.”

Despite being offered a contract at the same time as the Italian, Lorenzo is yet to put pen to paper on a deal with Yamaha for beyond this season. Rumours place him in a big-money switch to Ducati but as of yet the Italian firm has denied making the three-time World Champion an offer.

When asked whether Lorenzo would move, Rossi replied: “This is Ducati, to move manufacturer takes big balls, and this is why Lorenzo will remain with Yamaha next year.”

It was the Spaniard who had the final say though, winning in Qatar and appearing on the podium miming zipping his lips before telling press ‘a picture speaks a thousand words’.

Lorenzo has said Yamaha’s offer is the ‘best contract’ he has been offered in his sporting career, but will wait two or three weeks before making a decision on his future.