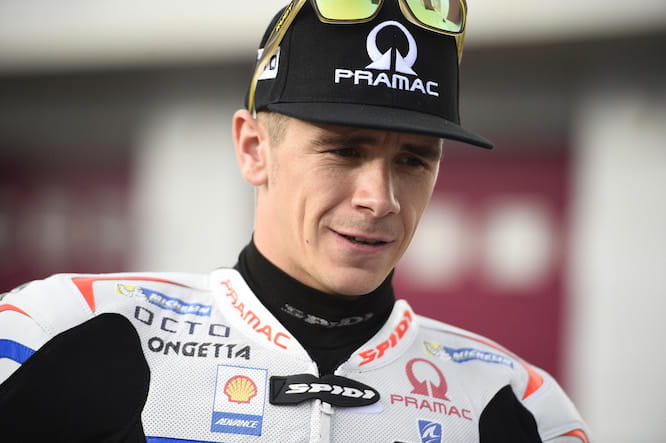 Scott Redding remains upbeat despite being frustrated with his qualifying position for tomorrow’s opening Grand Prix of the season.

The Brit could only manage 12th position on the grid for tomorrow’s race in Qatar despite having displayed top six pace across the weekend.

“I’m disappointed that I didn’t get into a rhythm as I could have done a 1’55.1; that was very possible, but we didn’t so we have to look at the positives, our race pace isn’t too bad and we seem to do well with the used tyre.

“It’s frustrating to be there but last year was worse so I’ll take the positives from it. The race is long and anything can happen, we can build on it and work through a few guys and take our time.”

Explaining what went wrong in the session, Redding says he spent too much time searching for the ‘perfect’ lap and therefore didn’t get into a rhythm.

“I need to trust myself a little bit more,” he explained. “I was trying to get a good set-up for the perfect lap and it cost me quite a lot when maybe I could have been four positions higher. Perhaps it’s better to get your head down and do what you’ve got to do instead of being too greedy.

Redding has been working hard on his race strategy across the weekend, with his plan to remain calm in the opening stages still standing after today’s qualifying.

“In the beginning some guys are going to really push but for me that’s quite risky,” he said.  “We don’t know how the tyres are going to react with a full tank so maybe it’s better to just settle in with a nice group, get a rhythm and then work on the consistent laps. Consistency will be important as will avoiding getting tangled up with guys further back. If I can get with the top six group and hang on to them I think we can do the work we need to do.”