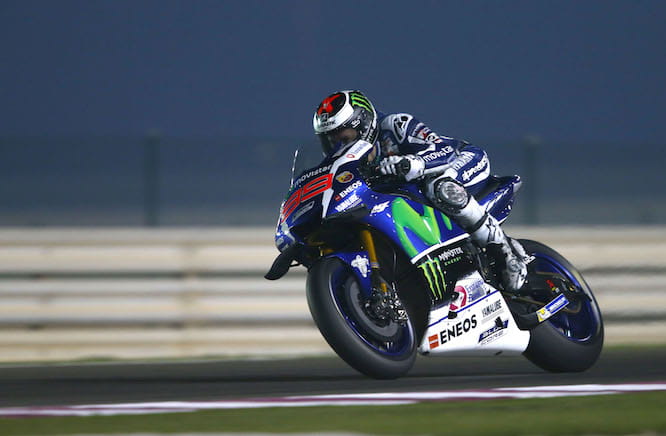 The final pre-season MotoGP test got underway this evening under the floodlights of Qatar with World Champion Jorge Lorenzo returning to the top of the timesheets.

The Yamaha rider set a pace almost half a second faster than second-placed Maverick Vinales, the youngster continuing his impressive pre-season form aboard the Suzuki GSX-RR.

Valentino Rossi was third fastest, just hundredths off Vinales, despite an early fall at Turn 10.

Bradley Smith set the ninth fastest time of the day ahead of twice-premier class world champ Marc Marquez, who continues to struggle aboard his Honda RC213V.

Unable to replicate his team-mate’s form, Aleix Espargaro was 11th ahead of brother Pol with Dani Pedrosa in an unexpected 13th place. 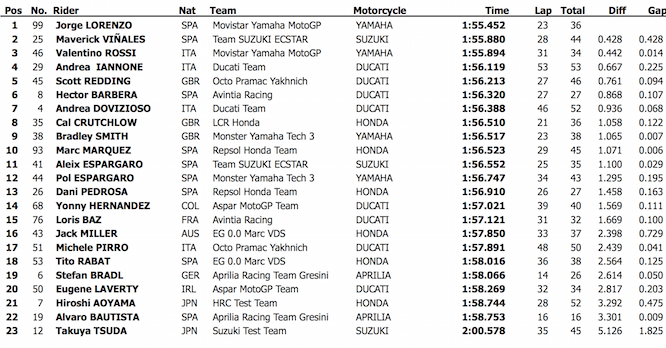