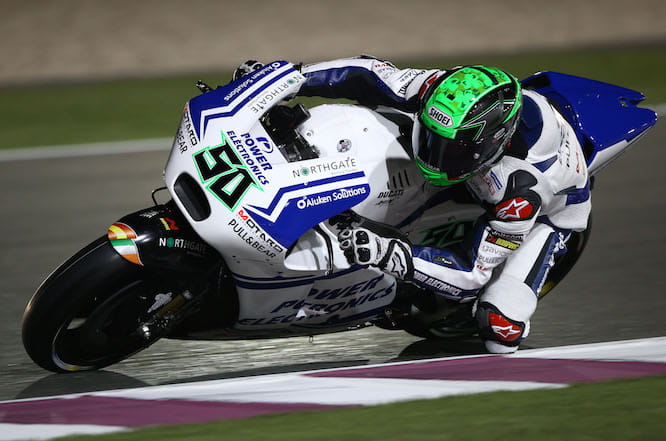 Eugene Laverty has said it’s like his season started in yesterday’s qualifying sessions after a number of problems hindered the Irish rider throughout free practice and pre-season testing.

A fundamental problem with the engine spec Laverty had been using prior to arriving in Qatar for the opening round of the season left him unable to turn his Desmosedici GP14.2, massively hampering progress ahead of the first round.

Having been given the engine to start the weekend, the former World Superbike runner-up immediately noticed the difference. A few small hiccups left them struggling on Thursday and Friday but a huge step forward saw progress in qualifying, where he was able to set his fastest time of the weekend to start today’s race from 14th on the grid.

“Our season is finally starting now,” Laverty told reporters in Qatar. “It must be day three of our pre-season! We are making the most of our time.  We lost a lot with bike problems but in qualifying we worked really well and did everything we could with the 45 minutes on track. We’ve really made some progress.”

Despite the huge step forward, Laverty was somewhat miffed after the 15-minute Q1 session after being unable to get his bike into sixth gear on the straight meaning he lost 0.3sec on his final flying lap. 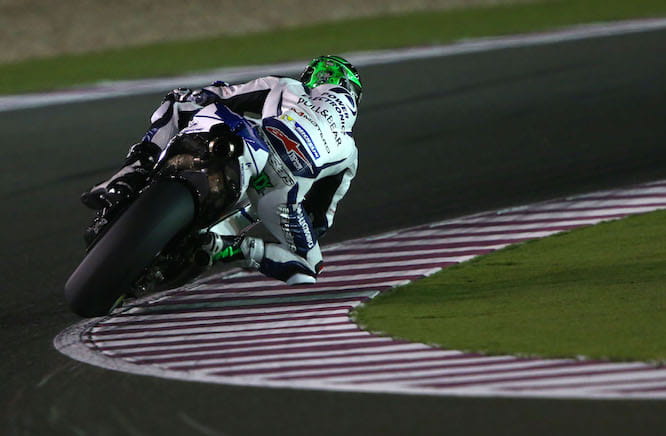 “I was pissed off in qualifying because we made progress between the two new tyres with the chassis and on my dash board I could see that I was predicted to get a 1’55.8 and then when I went to shift into sixth it just wouldn’t go so I had a couple of seconds of agony thinking ‘go on go on’ and ended up with a 1’56.1, meaning I lost a position but it wasn’t the end of the day. I had done everything right and just had to hit the apex and get to the line perfectly, but then all had to do was shift to sixth and it just wouldn’t go. It’s a typical racer thing though, I’ve been struggling around doing 1’57s and now I’m moaning that I didn’t do a 1’55!

“We’re now in a mix with the rest of the Ducati GP14.2s. With the other engine it didn’t matter what we did, it was a fundamental problem and we were never going to make it turn. Now we understand what we need to do to make the bike better in that area where I struggled and that’s a massive step, like a second and a half to what we were doing with the steps.

“The main thing we’ve improved is the front. I was struggling with braking and turning, we tried everything with the other engine but the bike still didn’t want to turn. Now we have the new engine we have to try and find a direction and it’s just that little bit of support on the front which allowed me to stop the bike and turn it better.”

Now he feels he’s in the mix, Laverty has set his sights on the other Ducati GP14.2s on the grid, ridden by his team-mate Yonny Hernandez and Avintia duo Hector Barbera and Loris Baz.

“The plan for the race is to run with the other GP14.2s. We haven’t had many long runs so far, even out of all the pre-season testing I think my longest run was in FP4 and that was just nine laps! We couldn’t afford to stay out as we had to come in to try a few changes and that’s how I ended up a few tenths faster. We’re always working to improve the performance. I’ll do what I can, nobody knows how it’ll be with the Michelins at the end of the race.”

2016 marks a massive improvement in machinery for Laverty, who struggled last year on the under-performing production Honda.

“It’s nice to have some top speed in my pocket, it’s not something I had last year. The bike starts well too, last year we had no launch control with the Honda so having that this year is a dream. Hopefully I can make it count and make use of that Ducati horsepower to try and pass some people!”