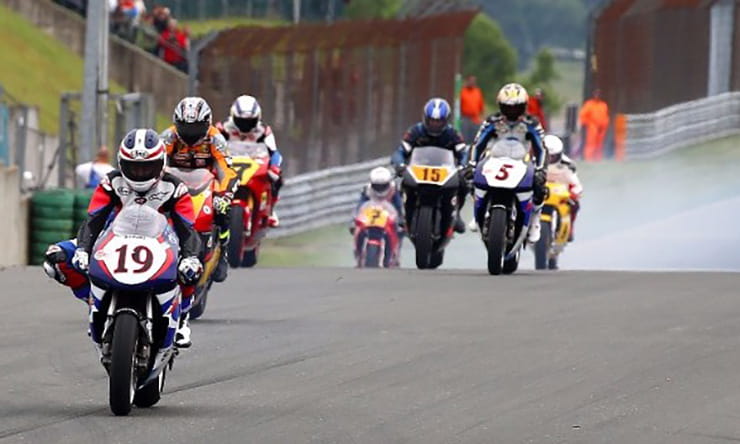 With 20 world championships between them, the World GP Bike Legends grid is made up of some of the finest motorcycling talent from the last 60 years and they are set to make their UK debut.

Household names such Wayne Gardner, Troy Corser, Freddie Spencer and Phil Read will all be racing 500cc two-stroke race machines at the Silverstone Classic at the end of this month (29-31 July).

Organisers Nick Wigley (the brains behind the Silverstone Classic) and Gardner began encouraging the superstars of yesteryear out of racing retirement and back onto the rip-roaring 80s monsters at the back end of 2014. Having launched the concept at the Regent Street Motor Show, the inaugural race weekend took place at Jerez last June. Race wins for Gardner (Cagiva V589), Spencer (Yamaha TZR500) and Kevin Schwantz (Suzuki RGV500) each took a race win on that occasion setting the bar high for top class, old-school entertainment.

The Silverstone Classic event sees the full and fast Grand Prix circuit being used for 20 races, mainly cars as historic Formula One, Sports Cars and Touring Cars act as a pre-curser for the two-wheeled fans. Music, auctions, demonstrations and displays make up the remainder of the weekends entertainment. 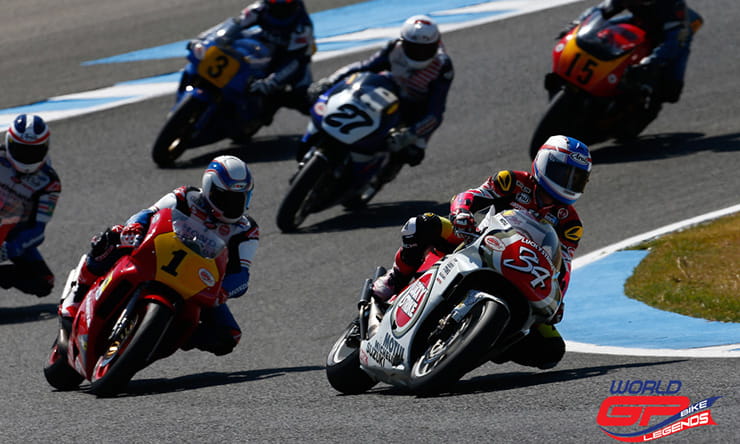 The riders entered for the World GP Bike Legends showcase at the Silverstone Classic are:

Gardner said, “It’s an absolute honour for us to be invited to such an unbelievably successful event,” enthused the Australian. “The two previous events we have been part of in Spain and Germany proved huge successes with the riders and fans, and I have absolutely no doubt that Silverstone will be every bit as special. It’s a daunting circuit that has some fantastic memories for many of us who were lucky enough to race in the epic 500cc era.

“I’m sure those lucky enough to have experienced the racing back then will be really excited now to have the chance to relive those glory days. For others who were perhaps too young back in the eighties and nineties, this will be a wonderful opportunity for them to understand just why so many people are still raving about these phenomenal two-strokes.

All tickets for the Silverstone Classic must be purchased in advance. Adult admission starts at £42, with £6 admission for accompanied children aged between six and 16 years old. A wide range of weekend, camping, VIP hospitality and Family Tickets are also available. Adding to the festival’s immense appeal, tickets include free entrance to both racing paddocks and pit complexes, trackside grandstands, the World GP Bike Legend autograph sessions plus the live music concerts on Friday and Saturday evenings. Full details can be found on the official www.silverstoneclassic.com website. 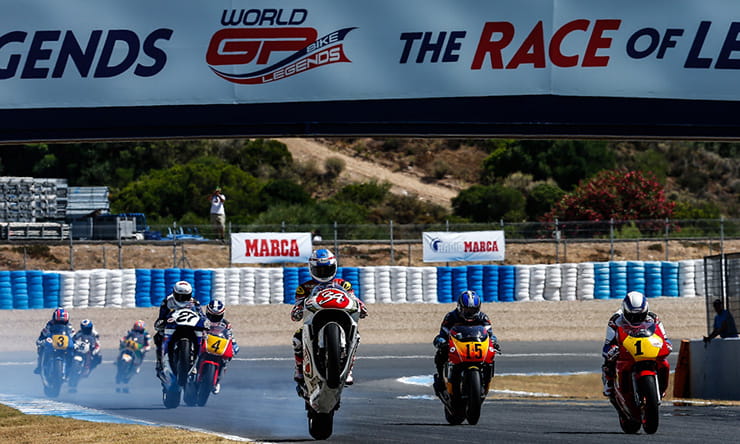