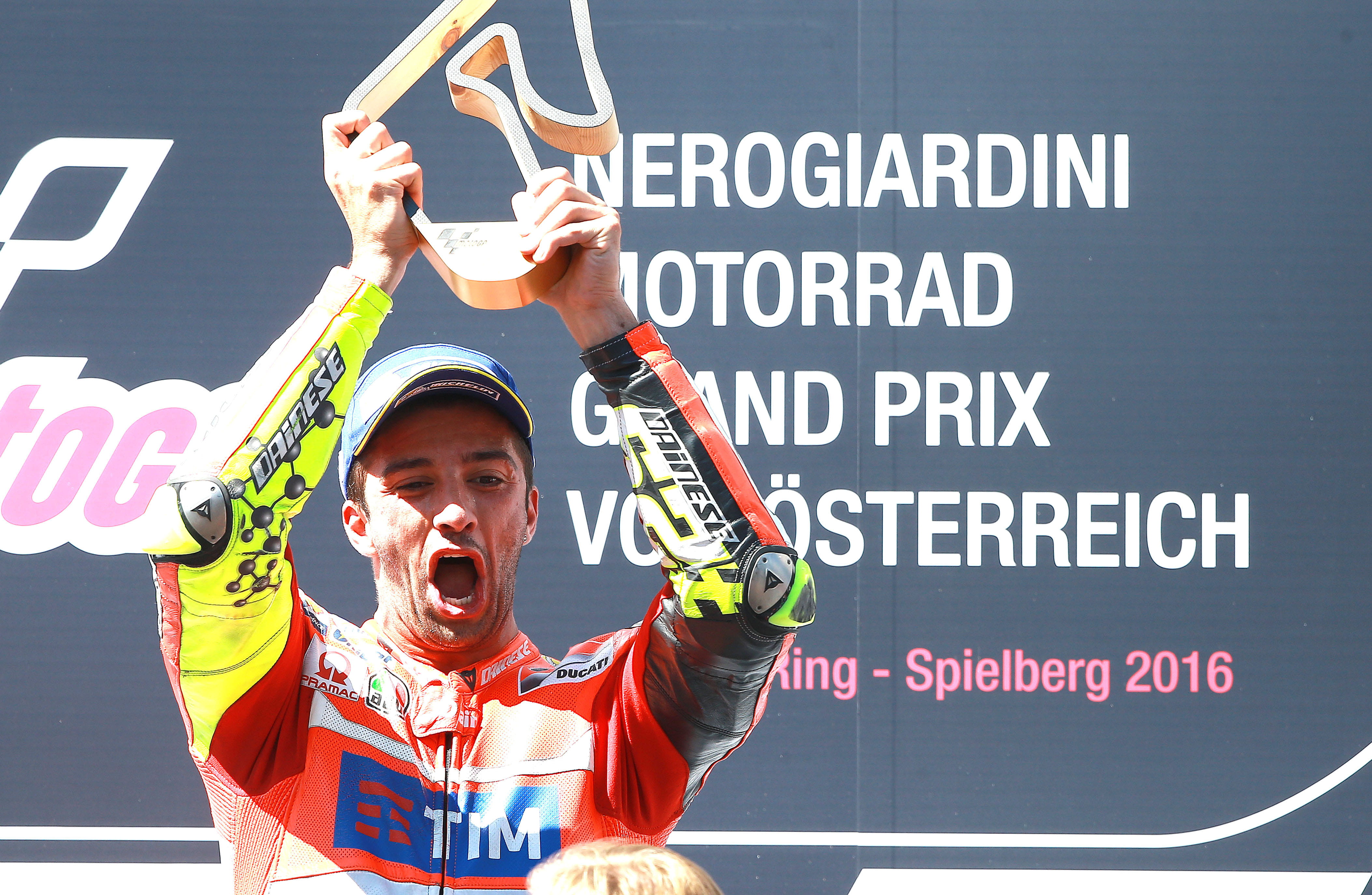 The opening laps saw the Movistar Yamahas of Jorge Lorenzo and Valentino Rossi take the fight to the red bikes with Reposl Honda’s Marc Marquez, riding in pain after dislocating his shoulder on Friday, and Suzuki’s Maverick Vinales hanging in to the six-way battle for the lead.

However, the red bikes lived up to their billing as pre-race favourites as the two Andreas maintained a fierce pace at MotoGP’s newest and fastest circuit. With Ducati’s Desmosedici universally regarded as the fastest bike on the grid and having impressed in a private test earlier in the year, there was a lot of expectation that the Italian marque would take its first MotoGP win since Casey Stoner dominated the 2010 Australian Grand Prix.

In the end it was Iannone who was able to overhaul his team-mate to take the win by just under a second. The 27-year-old had gambled on the softer option tyre, which proved more durable than expected over the race distance. Lorenzo took third, with Rossi fourth and Marquez doing a great job of limiting the damage to his championship lead in fifth. He has a 43 point lead over Lorenzo, with Rossi a further 14 back in third.

Speaking after the race, a jubilant Iannone said:  “I am really very happy, because in my opinion we did an incredible race. I started off quite slowly and tried to stay up front without ever pushing too hard, because I knew that in the final stages I could have had a bit less pace than everyone else, having opted to start with the soft rear tyre, while all the others made a different choice. I ran the whole race keeping a bit of margin and my bike was really perfect. I think that we did a great job over the entire weekend and I’d like to thank my team, all of Ducati and my crew chief Marco Rigamonti who have helped me improve so much in these last four years.”

Dovizioso added: “It’s a very important day for Ducati because we managed to obtain the win, a one-two even, that we have been chasing for such a long time. We’ve been working hard for four years and I am very happy to be a part of this project. I’m disappointed that I was unable to win however, because today I had a really good feeling with the bike and I was really good under braking. We didn’t take the risk of opting for the soft rear tyre, which in the end proved to be the winning move. Iannone on the other hand decided to use it and as he was the only one to do so, towards the end of the race he was at an advantage. In the last few laps, especially in the right-hand corners, I was losing too much time and I wasn’t able to stay close enough to make an attack on him. It’s a pity, but we must look at the positive side of the race because today we obtained a great team result." 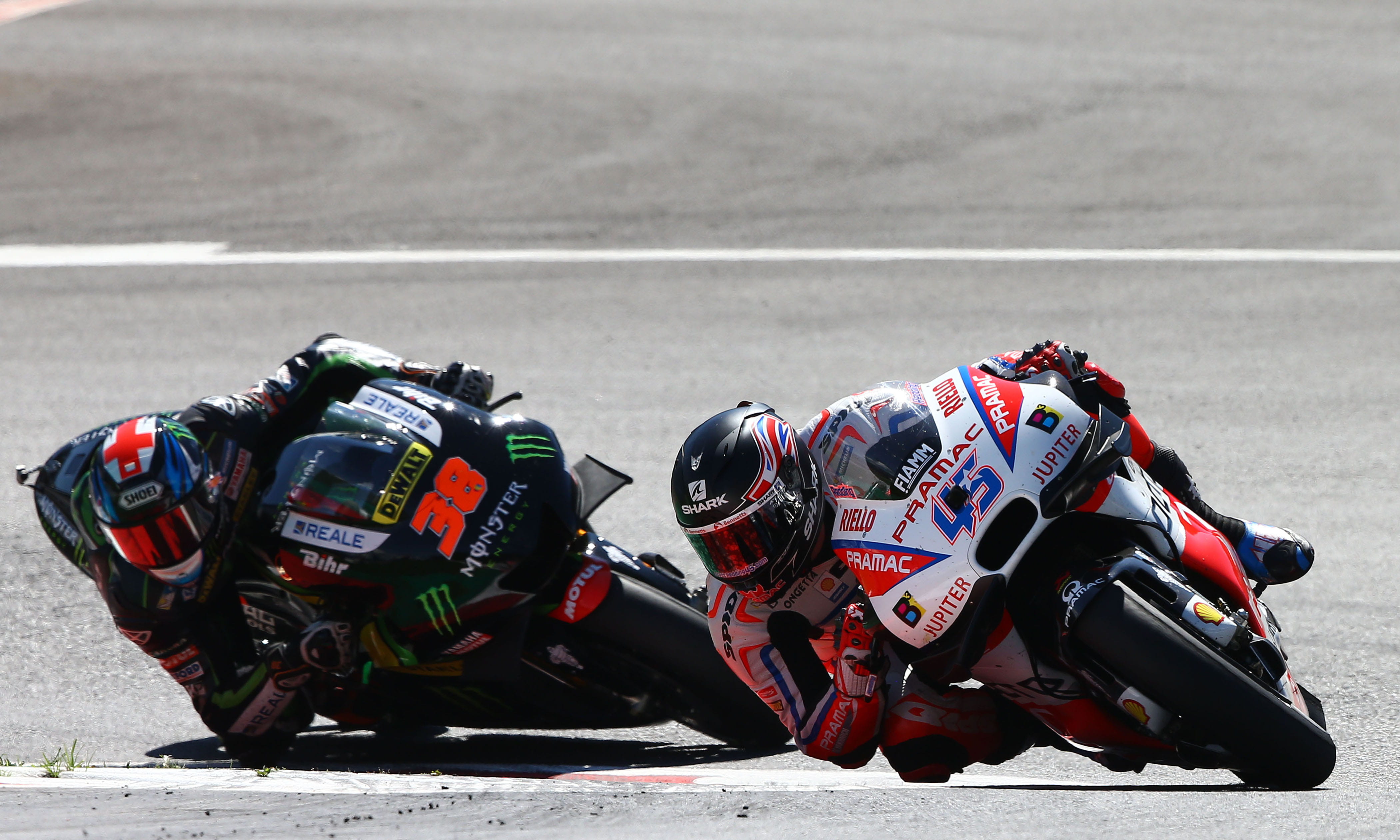 Scott Redding (above) was the best of the Brits, finishing just ahead of Bradley Smith to take eighth. Cal Crutchlow scored a solitary point for 15th after taking a ride through penalty for a jump start. He was one of five riders to receive such a penalty.

Eugene Laverty enjoyed a strong ride, running as high as seventh but crashing on the last lap.

The next round of the MotoGP World Championship takes place next weekend at the Brno circuit in the Czech Republic.