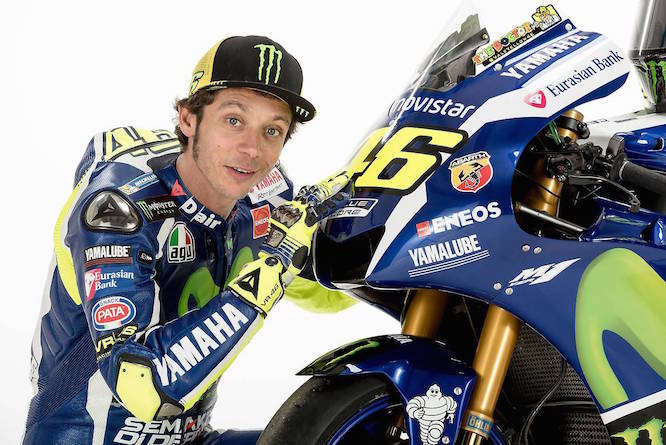 Valentino Rossi has said it will take a ‘special effort’ if he’s to remain at a level where he can fight for the MotoGP World Championship this year.

The Italian, who turns 37 next month, recognises his achievements of the last two seasons, finishing second in the world against rivals much younger than he is.

Coupled with major changes to MotoGP for 2016 with a new tyre supplier and spec-electronics across the board, Rossi believes it will be harder than ever to compete at the top of his game.

“I think I have to give a special effort to try and stay at the same level of the last two years,” said the Italian speaking at the Movistar Yamaha team launch in Barcelona.

“This is the target because in the last two years, especially in 2015, I was competitive more or less everywhere. Whether we’ll be able to fight to win the championship I don’t know.

“Last year the start was fantastic; in the first part of the season I was ready to be very fast but you never know. This year it is like you start from another point because of the new tyres, everyone needs to understand what will happen in a race weekend and also in the race so it will be different and difficult but we will try to be ready from the beginning.

“When you become older you try to use your experience to bridge the gap. It is interesting but the feeling to race a motorcycle and also to work during the weekend has to be the same, you have to find the right motivation and the right concentration. The rivals are all very strong so it will be interesting.”

Rossi enters the upcoming season having narrowly missed out on a tenth world title in 2015, losing to team-mate Jorge Lorenzo at the final round of the season in Valencia following a tough few races as a result of his fall-out with Marc Marquez.

“The end of last year was quite difficult but it is like it is,” Rossi confessed. “At the end I am happy about the 2015 season. I enjoyed it a lot and fought for the championship until the last race, the rest is the past. From today we will start with the new season from the beginning and it will be hard but I will try to stay at the same level.