Redding on new Ducati: "Now I can show my full potential" 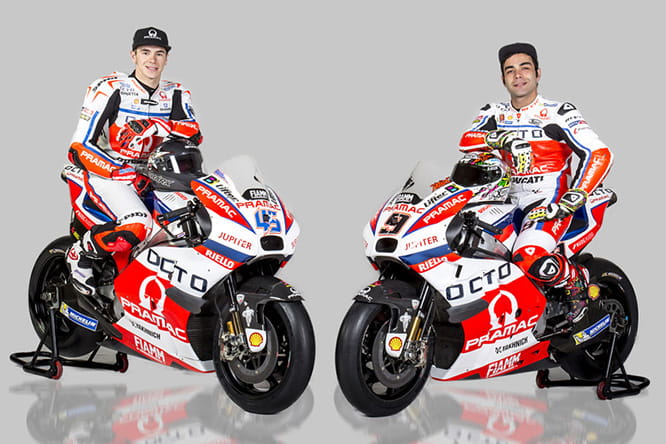 With less than two weeks to go before the first official MotoGP test ahead of the 2016 season taking place at Sepang in Malaysia (1st - 3rd February), Scott Redding's new team, Octo Pramac Yakhnich Ducati satellite operation, have unveiled their rather patriotic livery. And the 23-year old Britain is feeling confident to fight for podiums and a top 6 championship position.

The Factory Ducati supported team are celebrating their 15th year in MotoGP and riders Redding and Italian Danilo Petrucci were at Pramac's headquarters in Siena, Italy.

At the launch Redding said, "Pramac is like a family. Everyone was so welcoming to me, it filled me with confidence and this is what gave me a good feeling from the beginning. You have to change your style quite a bit because it’s a different bike, tyres and electronics but I’m learning fast and the team are helping me a lot. I feel comfortable and ready to race.

“I think I can achieve top six in the championship and fight for some podiums. I believe with this bike I can show my 100% potential, which I couldn’t do the last two years. So if we can put it there, we’ll be fighting.”

On his personal Facebook page he later added, "I have had a tough couple of seasons where I could not use the bike to my full potential... And then I met this Ducati Desmosedici. Let’s see where this train goes...." alongside this photo: 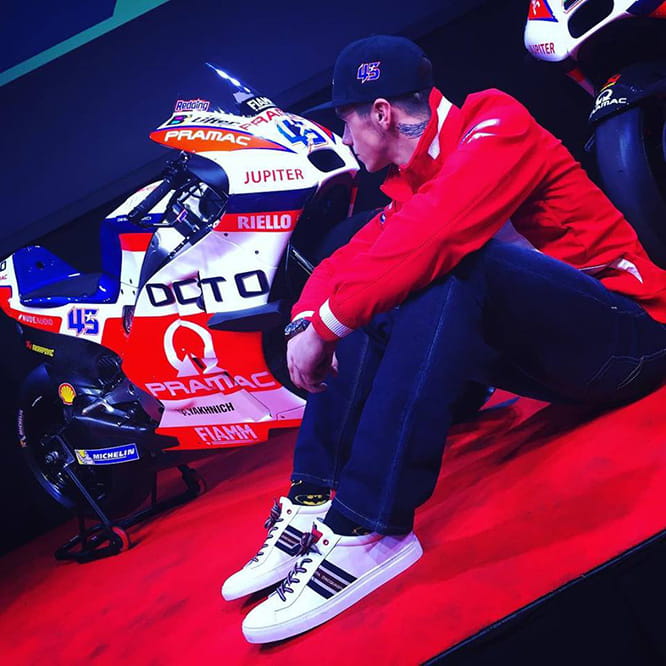 Redding clicked immediately with the GP15, as used by Factory Ducati riders Andrea Iannone and Andrea Dovizioso last season. At the two-day official test at the end of last season at Jerez in Spain, Redding set the fastest time of 1:38.1, just 0.2s off Jorge Lorenzo's pole position time from earlier in the season.

At the launch of the new livery, Paolo Campinoti, CEO of Pramac, said, "We are prepared to do our best this upcoming season, a season which I hope – and I am certain – will be exciting thanks to the Desmosedici GP, which Danilo and Scott already feel at home on. Pramac Racing is part of the Ducati family and 2016 marks the 12th consecutive season of this relationship which began in 2005, and which I hope will be stronger and more rewarding." 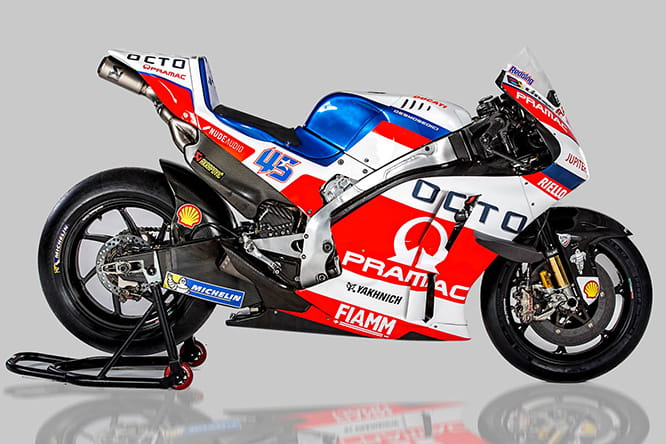 After two fairly fruitless Honda years in the top class, can Redding's true potential shine through on the Ducati GP15?  or