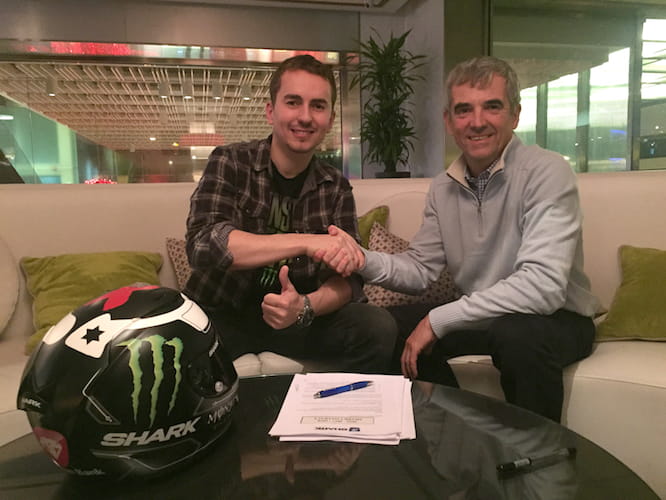 MotoGP World Champion Jorge Lorenzo will race in Shark helmets for the next three seasons after severing ties with HJC.

The five-time world champion has worn HJC products for the last three campaigns but slammed the Korean brand after missing out on victory in last year’s opening race in Qatar when his helmet lining came lose and obstructed his vision.

Further problems came for the Spaniard in the wet conditions at Silverstone where his visibility was once again impacted by a steamed-up visor.

Signing a three-year deal to wear Shark’s Race-R Pro, Lorenzo said: “I am very proud to be tackling the forthcoming seasons with such a prestigious brand as Shark, which has a long history in MotoGP. For me, this represents a most exciting challenge and I am quite sure that, together, we will form a great team. I really hope I can reward all this confidence they have placed in me with some major successes.”

Lorenzo will make his debut for Shark during next month’s opening pre-season test in Sepang.