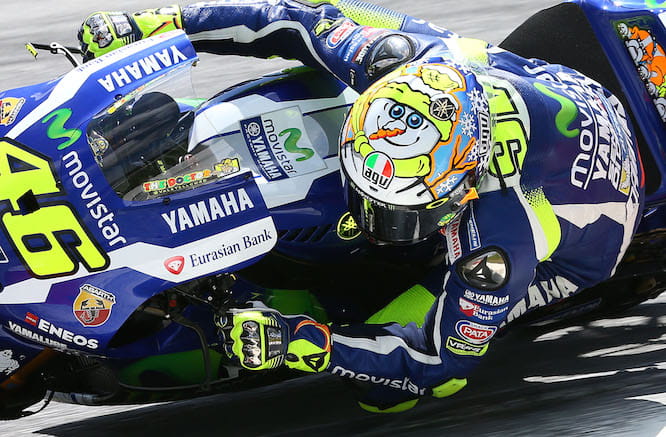 Valentino Rossi has praised Michelin for turning around their tyre issues over the winter after a much improved feeling with the front on the first day in Sepang.

Michelin take over as MotoGP’s spec-tyre supplier this season after nine years away from the premier class. Naturally, the French firm encountered a number of teething difficulties during their testing programme last year.

There were almost 30 crashes during the final official test of 2015 in Valencia as Michelin’s front end struggled in corner entry.

As the 2016 season got underway today in Sepang, just two riders crashed out and at least one of the crashes had absolutely nothing to do with the tyres.

“The Michelin has improved in the front,” said Rossi speaking at the end of the day. “Already the rear was not so bad, but they improve the front and the first feeling today is not so bad. You can ride a little bit closer to the limit; a little bit stronger. 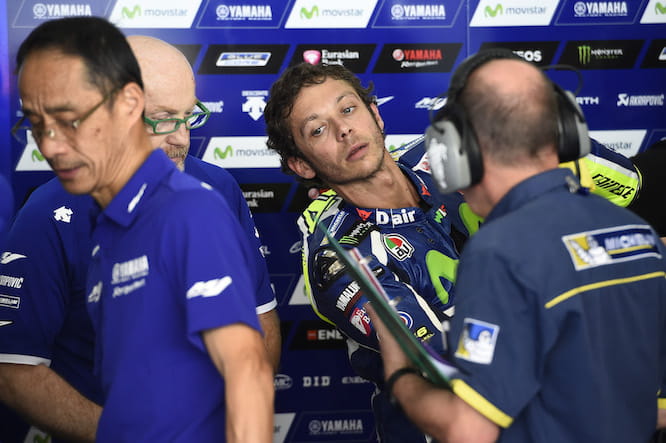 Rossi had three bikes at his disposal today; one 2015 model to get used to riding again, a development of the 2015-spec and a radically different 2016-spec bike with the fuel tank in the tail unit in order to move more weight towards the back of the bike. The Italian spent most of his time on the 2015 evolution and says the different 2016 model may not be needed as it was designed around the early-stage Michelins.

“One bike was like 2015, and we just make some laps for the feelings, then after we have two bikes, one more similar to 2015 and one more modified,” he explained.

“Today I concentrated on the bike similar to 2015. We have to work on the electronics especially. I tried the other one and the feeling was not so bad but at this moment I do not know if it was better or worse. Tomorrow and the third day will be important to try to understand this. The Michelin has improved already and that bike was for the old Michelin so I don’t know now if we need that or not.”

With Michelin’s rubber so different to the Bridgestones of old, riders are finding themselves having to alter their riding style to suit the new tyres.

“You will see less angle and less elbow on the track but the position of the bike will remain very similar,” Rossi explained. “The difference is more the line and the way to approach the corner on breaking and in entry.

“The lines will be more natural; more like you’d ride a normal bike. The Bridgestone was much more particular for acceleration.”