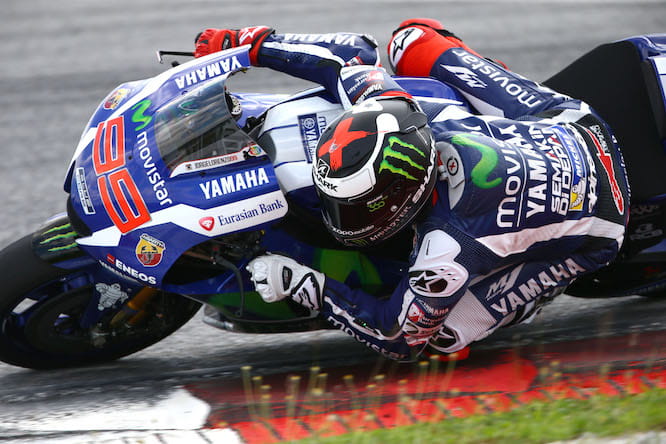 Jorge Lorenzo has started this year’s MotoGP season where he left off, dominating the rest of the field to set the fastest time on the first day of testing in Sepang.

Lorenzo’s fastest lap of 2’00.684 was just over a second quicker than his team-mate who jumped to second place late in the day.

Dani Pedrosa set the third fastest time ahead of a trio of Ducatis, with the Italian marque showing strong form on the first official day of 2016. Danilo Petrucci led the way for the Bologna factory aboard his Pramac Racing GP15, ahead of the factory team’s Andrea Iannone, who also set his time on the older GP15 before debuting the 2016 bike later in the day.

Hector Barbera completed the top six ahead of Marc Marquez, with Scott Redding just 0.06 off his former Moto2 rival as he makes his third appearance on the Pramac Ducati. 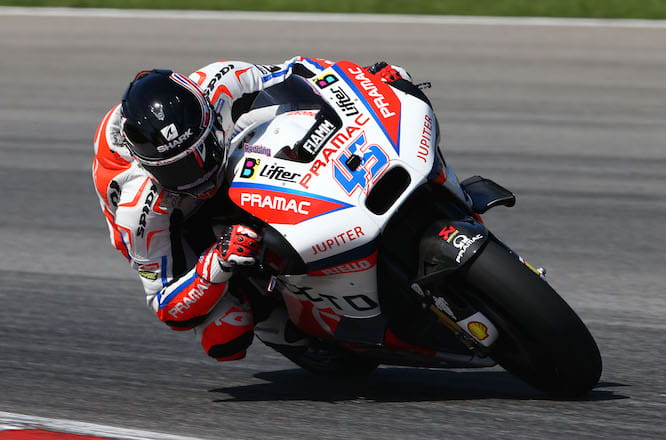 Aleix Espargaro was ninth fastest with a new, more powerful engine in his Suzuki GSX-RR, ahead of Cal Crutchlow, on his 2015 bike, who completed the top ten.

It was a rusty start for Bradley Smith, who was 15th on the Tech 3 Yamaha some 2.3 seconds off the pace.

2016’s MotoGP new-boy, Tito Rabat, put in an impressive 53 laps aboard the Estrella Galicia Marc VDS Honda with his fastest time of 2’03.463 placing him 18th.

It wasn’t such a good day for Eugene Laverty, who fell and broke his hand after the throttle stuck open on his Aspar Ducati.

The day’s testing drew to a close as the rain came down with 20 minutes remaining.

Riders will be back on track at 2am UK time for the second day, where Casey Stoner will ride with the MotoGP field for the first time since 2012. 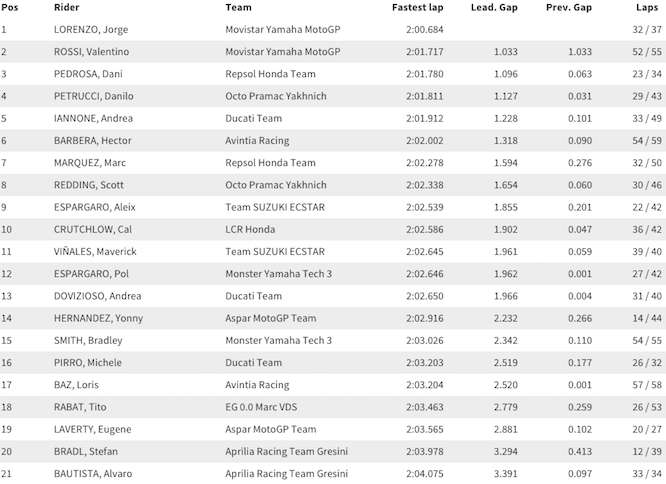