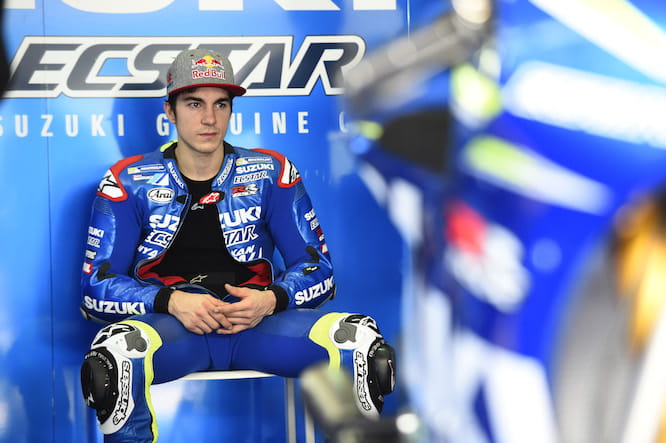 Maverick Vinales is feeling positive with the direction Suzuki has taken ahead of the 2016 MotoGP season after topping the second day of testing in Phillip Island.

The young Spaniard set the fastest lap on the first dry day of testing, ahead of multiple world champions Marc Marquez, Jorge Lorenzo and Valentino Rossi.

Vinales made his premier class debut as Suzuki returned to MotoGP last year, finishing the season 12th in the standings with a best result of sixth place.

Suzuki’s riders praised the GSX-RR’s ability to handle, but a lack of top speed put pay to any real challenge from the Japanese marque. 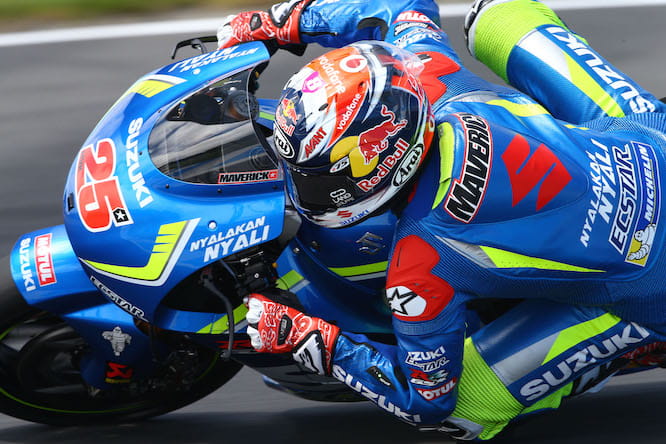 However, for 2016 the Hamamatsu factory has brought along a new engine, updated chassis and is currently working on a fully seamless gearbox for the riders leaving Vinales feeling positive for the year ahead.

“The bike is feeling good. I’m feeling good,” he said. “Today we were working the correct way, concentrating, moving forward step by step and never pushing more than the limit of the bike.

“The engine character is similar to the old one, it’s really soft but in the final revs it has much more. We have been struggling a bit on the brakes but it looks like this isn’t happening for Tsuda [Suzuki test rider] who has the seamless downshift. Hopefully we can have that for Qatar.

“Speed now isn’t a problem. I was behind Valentino on the main straight and I could stay with him. Last year that was impossible!”