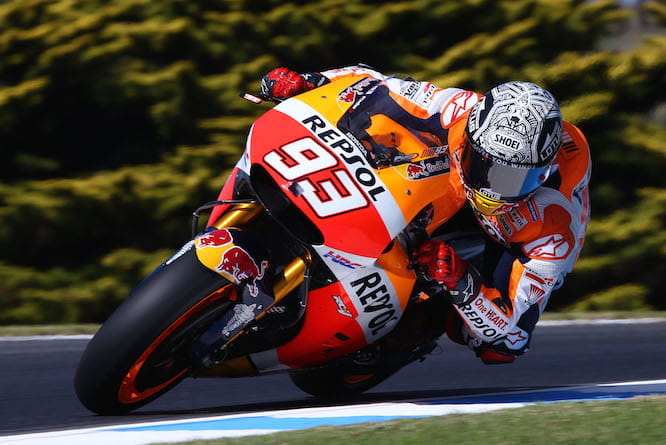 Marc Marquez topped the timesheets on a crash-filled final day of testing in Phillip Island with no fewer than 13 incidents during the day-long session.

The Spaniard’s improved time of 1’29.158 wasn’t quite enough to steal the top spot on the combined times from youngster Maverick Vinales after the Suzuki star set the pace with a 1’29.131 on Thursday.

Tito Rabat and Aleix Espargaro both went down twice but it was Pramac Racing’s Danilo Petrucci who ended up worst off, breaking his right hand after an off at turn eight.

Despite his crash totalling his number one GSX-RR, Vinales posted the second fastest time of the day, just 0.141sec behind Marquez, with Cal Crutchlow taking third spot with a quick lap towards the end of the session. 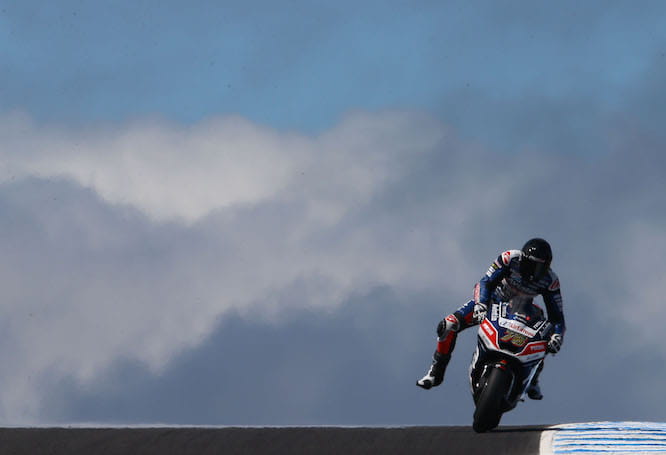 Hector Barbera continued to impress on the older Ducati GP14.2, he was fourth fastest (and fifth overall) just 0.2sec off the pace. It was a good day for his Avintia Ducati team-mate too; lanky Frenchman Loris Baz, who hit the headlines in Sepang after his 180mph horror crash, set the sixth fastest time of the day less than half a second from Marquez.

Dani Pedrosa was seventh ahead of Pol Espargaro and Jorge Lorenzo, who has been complaining about front end feel throughout the two dry days.

Riders will now have just over a week off before the final pre-season test in Qatar, where the season gets underway between 16-20 March.