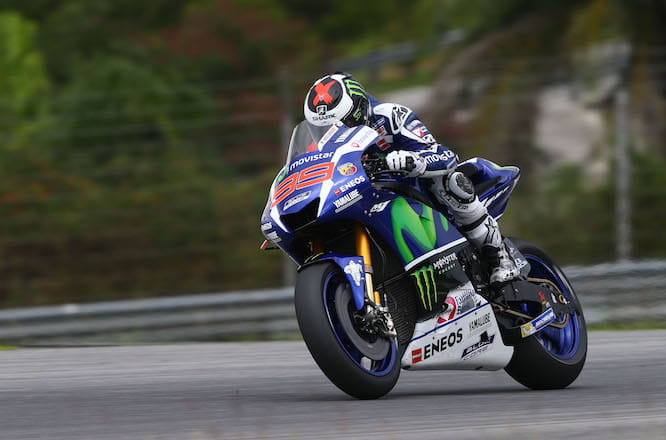 Jorge Lorenzo dominated the timesheets on the final day of testing in Sepang to sit almost a second faster than team-mate Valentino Rossi in second place.

With a damp track in the morning and a rain shower at 2pm, the final day was slightly interrupted by the weather but the hot Sepang heat soon dried the track. Lorenzo jumped to the top of the timesheets just after lunch, before breaking below the two-minute barrier for the first time this test.

He’d remain the only rider to do so as he further increased the gap in the closing minutes with an impressive lap time of 1’59.580, set on the harder rear tyre after Michelin withdrew the softer option as a result of Loris Baz’s 180mph horror smash yesterday.

Rossi placed 0.976sec behind his teammate, but remained three tenths ahead of Marc Marquez who continues to struggle with Honda’s overly-aggressive motor. 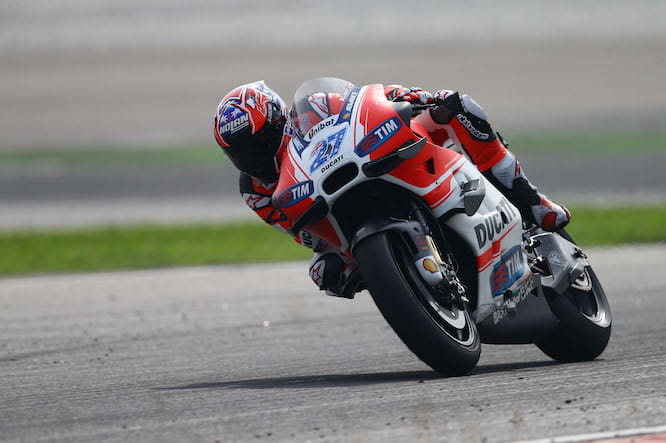 Cal Crutchlow, riding the 2015 Honda, put in a last minute lap to jump up into the top four ahead of retired world champion Casey Stoner, who completes his first test with Ducati well in the mix. The Aussie sits just 1.490sec off Lorenzo’s time, showing he’s not lost any speed in his two year MotoGP absence.

Scott Redding was ninth fastest ahead of the leading Suzuki of Maverick Vinales rounding out the top ten.

Eugene Laverty returned to action on the final day after that nasty crash on Day 1 which saw him take a trip to hospital with an injured hand.

The MotoGP riders will be back in action in two weeks’ time as testing resumes at Phillip Island between 16-18 February. 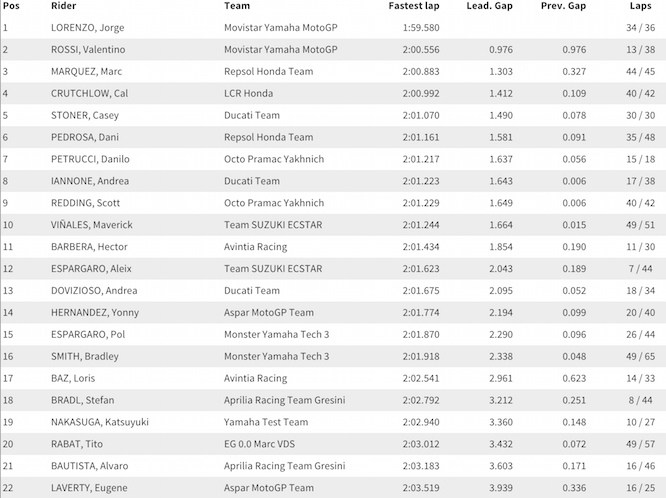