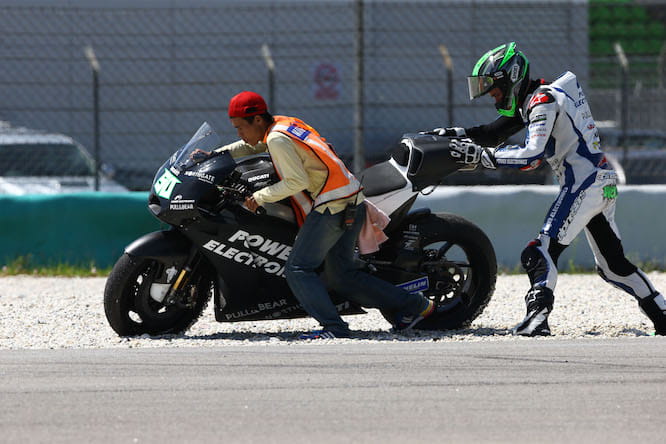 Eugene Laverty’s 2016 MotoGP season hasn’t got off to the best of starts with the Irishman hurting his hand on the first day of testing in Sepang.

Laverty experienced difficulties with the throttle sticking open on his Aspar Ducati GP14.2 on two occasions, with the second incident resulting in a high speed crash which destroyed his bike and saw the former World Superbike runner-up injure his right-hand.

X-Rays revealed significant swelling, but no break, meaning he will sit out of the second day of testing tomorrow and then assess his situation before deciding whether or not to return to track on Wednesday.

It will come as a blow to Laverty having just recovered from a broken wrist and dislocated shoulder suffered in testing at Jerez last November.

Laverty’s fastest time of 2’03.565 places him 19th on the timesheets after the first day of testing.