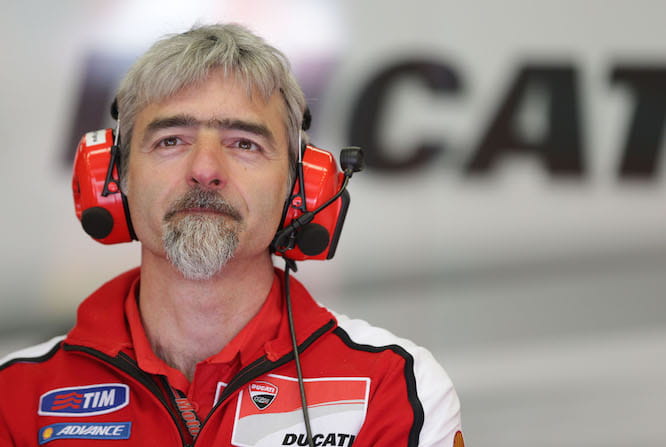 He is widely regarded as the man who turned things around for Ducati. Under his guidance, the Desmosedici has progressed from struggling to finish in the top five to a bike that can challenge for race wins. And most recently, he has brought Casey Stoner back to Ducati.

Gigi Dall’Igna is the General Manager of Ducati’s race department and he sat down to talk to journalists ahead of a hugely important year for Ducati, which sees the Italian marque field no fewer than eight bikes in MotoGP; more than any other manufacturer.

Last year, Dall’Igna and his team introduced a radically new Desmosedici in the hope of curing the problems that had prevented Ducati from winning a race in five years. That bike, the GP15, went on to fight for victory in its Grand Prix debut at Qatar, losing out on the last lap by a couple of tenths of a second to nine-time world champion Valentino Rossi.

While Ducati didn’t take the win they so crave, the Italian marque finished on the podium more times than they had in the previous five years put together.

This year we see the next evolution of that revolutionary bike. It’s called the Desmo GP, not the GP16 as fans, journalists and riders will continue to call it. Dall’Igna was asked to explain the differences between the GP and GP15, but skirted around the question. 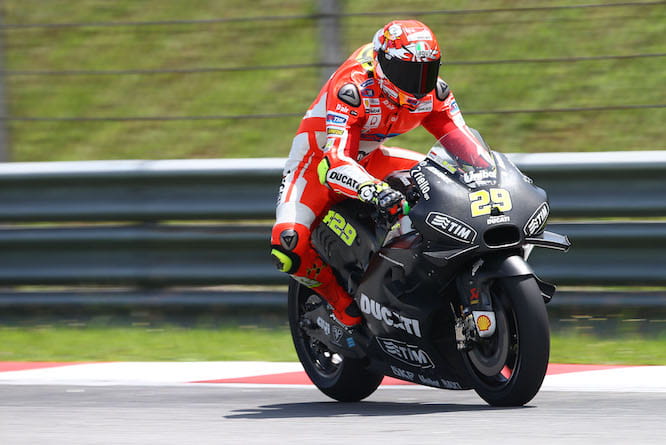 “There are many differences between the two bikes but these differences are not so huge like what we did last year,” he said. “I think it’s reasonable to tell that the new bike is an evolution of the bike we used last year. We tested this evolution during the last part of the season so I’m confident that everything will work okay.

“For sure we cannot make a comparison here because of the conditions and because we have to do some tyre tests. Some problems we had during these three days, so for sure we will test again the bike in Phillip Island and in the meantime will check all the data and try to change a bit of the set-up to improve.”

A new spec-tyre supplier and unified electronics software brings major change to MotoGP in 2016, something all manufacturers have had to adapt their bikes to. The Michelins in particular have sent each factories’ engineers back to the drawing board in order to make their machines suit the new rubber.

Ducati have had somewhat of a head start with the spec-ECU. The Magnetti Marelli software is largely based on previous Ducati software and is something the Bologna factory made use of in having machines in the open class for the last two seasons.

“The Michelin needs something different with the chassis,” explains Dall’Igna. “Different geometry and weight distribution. This is a really big change.”

“We start at the beginning with the open software, as this is the base of the new system, so I think we learned a lot during the last two seasons so we have a small benefit in comparison with the others on that point of view. Since the beginning, since the Valencia test, we haven’t had a lot of problems with the new software,” he continued. 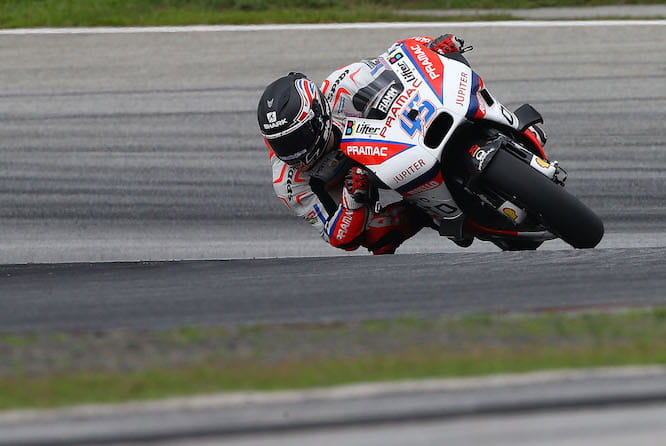 Ducati will field more bikes than any other manufacturer this year with a total of four two-man teams on the grid with different versions of the bike, from Dall’Igna’s first real iteration of the Desmosedici, the GP14.2, right the way up to the 2016 bike ridden by Dovizioso and Iannone. Scott Redding and Danilo Petrucci will be on GP15 machinery with Laverty and Hernandez at Aspar, and Barbera and Baz at Avintia on the late-2014 bikes.

When asked why they’re supplying eight bikes, Dall’Igna replied: “In a season where the rules change a lot like this year, we have the possibilities to have more data, for the unified software for example, we can make some test with different riders and have different feedback.

“I think having eight bikes could be an advantage. That does mean we have to manage, eight riders during a race weekend, which is quite a lot but I think we have the knowledge and the people who can manage this.” 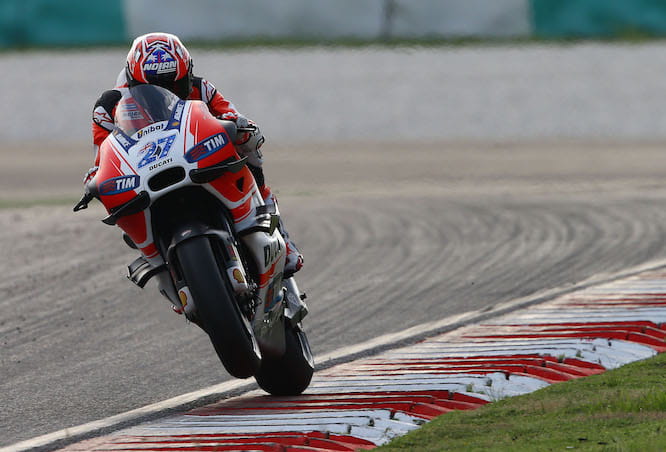 Ducati has dominated the headlines during this first test as two-times MotoGP World Champion Casey Stoner re-joined the Bologna factory in a testing role. Originally, Stoner was set to test privately at the weekend but it was later decided he would join the rest of the field on track on Tuesday and Wednesday for the first time since he retired in 2012.

“Frankly speaking it has been really easy to work with Casey,” Dall’Igna said. “His feedback has been really good since the beginning. We prepared a test list and even on the first day, I didn’t expect him to do anything but work on the set-up to give him the right feeling, but at the end of the day we finish completely with the test list! This surprised me a lot as I didn’t expect this. He is confident with the bike, also with the tyres. This is only his third day with the bike. He has been fast but we all know Casey is fast. This is not news.”