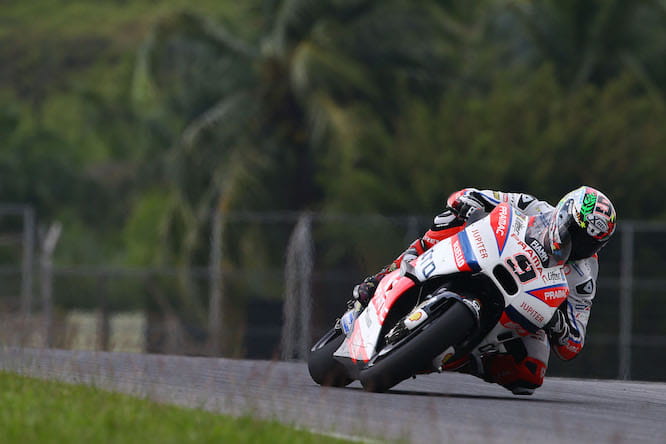 Danilo Petrucci topped the timesheets on a dramatic second day’s testing in Sepang after a huge crash for Loris Baz saw Michelin withdraw the soft option rear tyre from the test.

In the morning’s cooler conditions, a flurry of fast laps saw Ducati-mounted Petrucci take the lead on just his ninth lap with a time of 2’00.095, a couple of tenths faster than Avintia’s Hector Barbera on the older Ducati GP14.2.

The Ducati duo led the way for most of the day after Loris Baz crashed out at 180mph on the main straight, bringing out the red flag for over an hour.

With fears Baz’ crash had been caused by a tyre problem, Michelin opted to withdraw the softer option rear tyre for the remainder of the day while investigation into the incident’s cause took place.

With extreme temperatures as the session restarted, very few riders ventured out on track on the harder tyre until the final 90 minutes, when a handful of riders headed out on new rubber and improved their time. 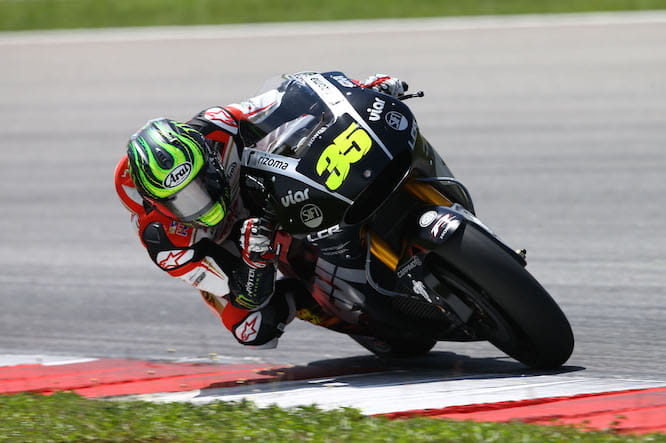 Cal Crutchlow also bettered his time, moving into fifth position ahead of Valentino Rossi, another rider to improve, who ended the day sixth.

Scott Redding was seventh fastest ahead of Andrea Iannone and Ducati test rider Casey Stoner, who joined the rest of the MotoGP field on track for the first time since he retired in 2012.

Bradley Smith rounded out the top ten, ahead of Maverick Vinales and Dani Pedrosa, who had a small fall at turn five towards the end of the day.

Other riders to go down included Jorge Lorenzo, also at turn five; Pol Espargaro, who went down twice and Tito Rabat.

Testing concludes tomorrow but forecasts show the final day could be interrupted by rain. It’s not thought Michelin will re-introduce the softer tyres leaving riders to set their final times on the harder option tyres. 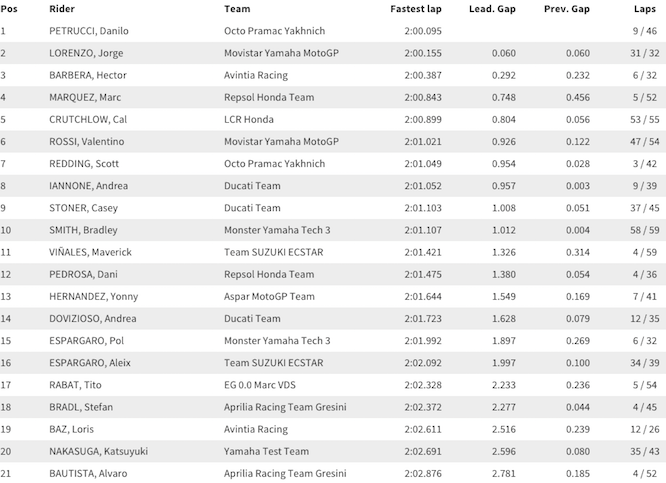