'Big step' for Marquez on second day at Phillip Island 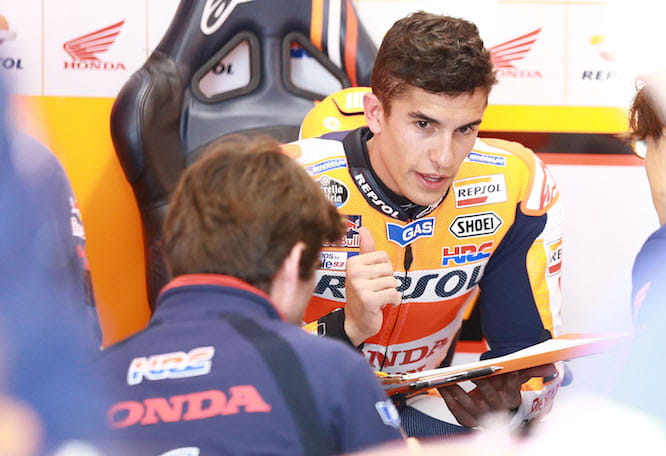 Marc Marquez has said Honda made a ‘big step’ with finding a base setting for the new spec-electronics on the second day in Phillip Island.

The twice-MotoGP world champion fought with Suzuki’s Maverick Vinales for the fastest time of the day in the closing hour, rounding the session off second fastest with a time of 1’29.292

Honda has been plagued with a number of issues as a result of an overly-aggressive engine for the last year, something that has been exacerbated by the introduction of the Magnetti Marelli spec-electronics. HRC engineers have been working hard to find a solution for the 2016 bike, but after the first test of the year in Sepang all Honda riders struggled to find anything positive to say about the situation.

However, as testing got underway at Phillip Island Marc Marquez is confident the Japanese marque has made a breakthrough with the electronics but remains realistic and recognizes that Phillip Island is an abnormal circuit with its fast and flowing nature. 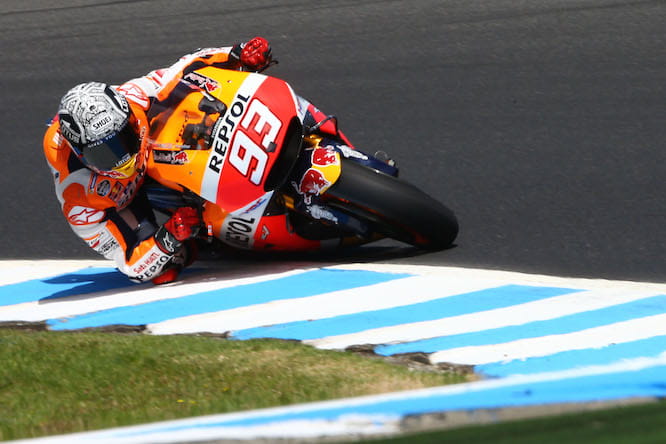 “We made a big step with the electronics,” said Marquez speaking after the second day in Australia. “Now we have a base that we can start to work from because in Malaysia we were completely lost. Honda did a good job but still we must work hard.

“This circuit is special. We must take care because here there are third, fourth gear corners, high speed. With the engine here it looks OK, but we have the problems in the tight corners with big acceleration like in Malaysia. Here we don’t have those corners.

“At the moment the biggest problem is balance of the chassis set-up. The Michelins change a lot compared to the Bridgestone. Michelin tyres have more grip, it’s more difficult to slide. With Bridgestone it was easier for me in these two corners to find the best line. I think with the balance of the bike we can improve and adjust this.”

Just one more day of testing remains in Australia and the final pre-season test in Qatar early next month before the first round of the season gets underway under the floodlights of the Losail International circuit on March 20.