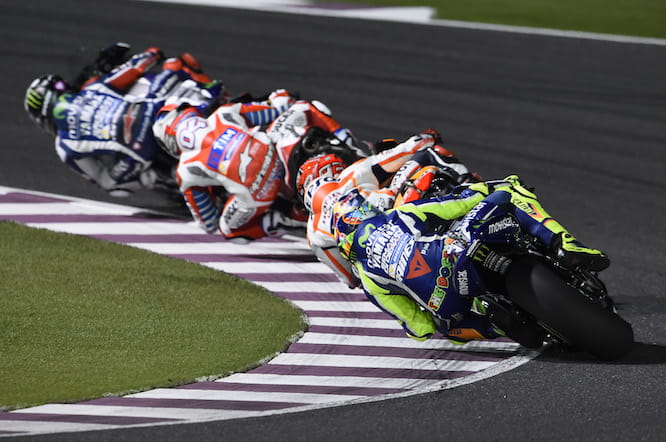 It's the first bumper racing weekend of the year with a double dose of action this weekend. The Superbike World Championship is revving up for round three at Motorland Aragon, while the Grand Prix paddock is getting set for the second round of 2016 at the Termas de Rio Hondo circuit in Argentina.

Kawasaki have won all four WSB races so far this season with three going to Jonathan Rea and another to his team-mate Tom Sykes but Ducati's Chaz Davies will be hoping to change that this weekend. The Welshman took his first win with the Bologna manufacturer 12 months ago. Also looking for Spanish success will be Honda duo Michael van der Mark and Nicky Hayden. After making their mark in the first two rounds the pair will be keen to show consistency.

Jorge Lorenzo fought off the competition two weeks' ago in Qatar to take the first Grand Prix win of the season but will it be so easy for him in Argentina? The Termas de Rio Hondo circuit poses very difficult challenges to riders with its unique layout. Marc Marquez led most of the race last year before his tyres started to fade, allowing Valentino Rossi to catch and pass the young Spaniard. Having enjoyed a strong race in Qatar, Ducati will also be looking to come out fighting this weekend, can the Desmoesdici GP take it's first win?

All the TV times are below: