Valentino Rossi’s ‘Snowman’ paint scheme and Andrea Iannone’s Seagull design will be available from September of this year with orders already being taken.

The Rossi replica AGV Pista GP model will come with a price tag of £899.99 while the Iannone replica Corsa model will be £649.99. 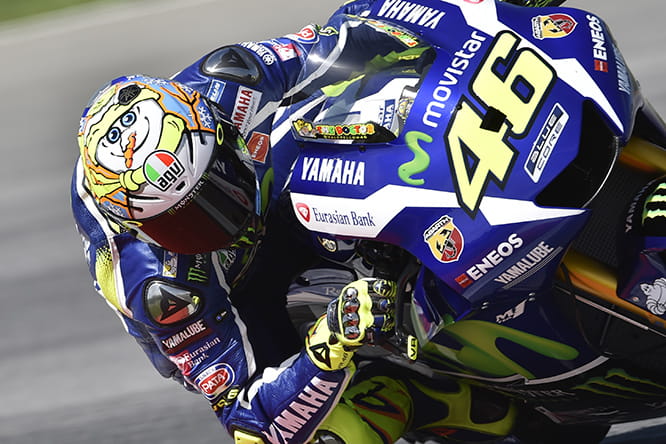 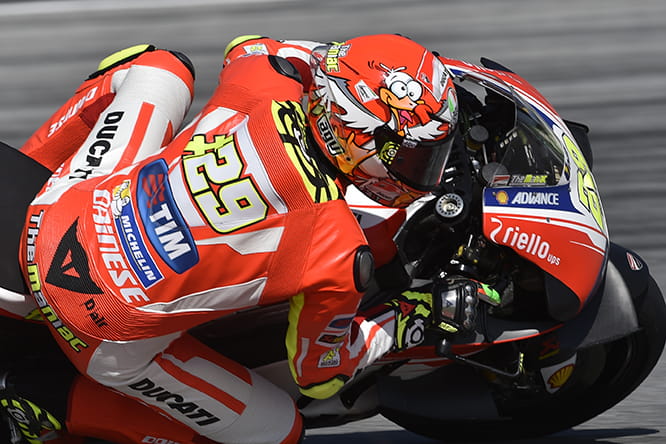 Both Italian riders both turned up to the official MotoGP winter test at Sepang, in Malaysia, renowned for its high temperatures and humidity, with their new designs ahead of the 2016 season, which so far has been mixed for both riders. It’s still early days after just three rounds but Yamaha’s Rossi sits third in the title race after a 4th place in Qatar was followed up with a 2nd place finish in Argentina before that front-end washout at the Circuit of the Americas last weekend.

Ducati’s Iannone meanwhile has been hitting headlines…and his team mate. At Qatar he crashed while battling for the lead while in Argentina he collided with Andrea Dovizioso on the final lap on his crusade for 2nd place. Iannone got the reward his pace deserved by finishing in 3rd place at COTA leaving him in 11th spot in the championship.

It wouldn’t be a winter test without a new Rossi design and the nine-time world champion chose the cartoon-style snowman artwork complete with hat and scarf as well as snowflakes and ice crystals as a contradiction to the ‘Winter Test’ being held in such sweltering heat. This season marks the 20th anniversary of the Legend wearing AGV helmets.

The brand new graphics are once again the result of the mind of the Movistar Yamaha team rider, and that of his friend and well known designer Aldo Drudi. 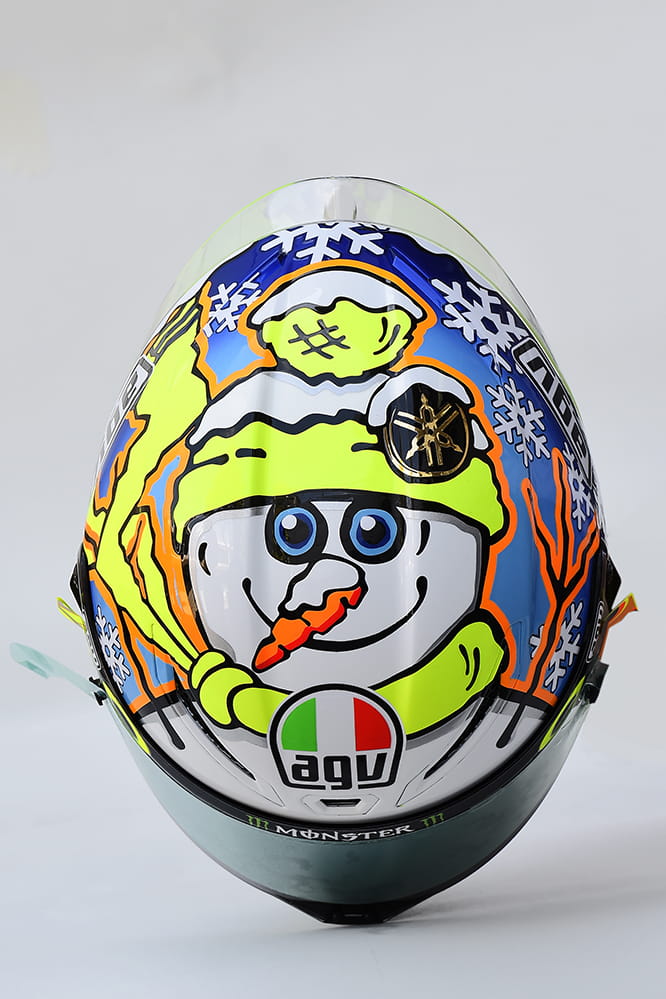 2016 marks the return to AGV for Andrea Iannone having ended his association with lesser-known Italian firm, KYT helmets.

And for his 2016 debut at the Winter Test in February, Iannone chose to pay homage to an associate who met an unfortunate ending towards the end of the 2015 season.

While leading the Australian Grand Prix at Philip Island in October, the Ducati man struck a seagull as the bird tried to get the best seat in the house…by sitting in the path of the oncoming pack.

In Malaysia at the start of the season, Iannone, turned up with a traditionally red Ducati-logoed helmet emblazoned with a dazed cartoon seagull. 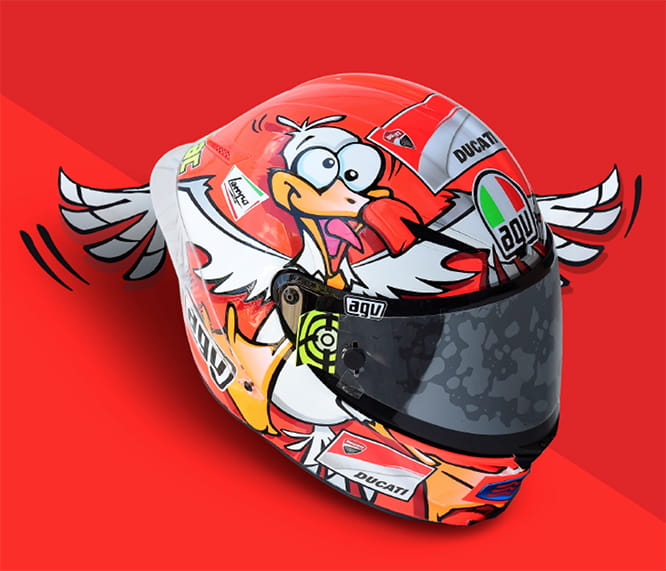 Both helmets can be pre-ordered from AGV dealerships now. The question is, will Shark follow suit and release a Scott Redding cow-replica lid?!