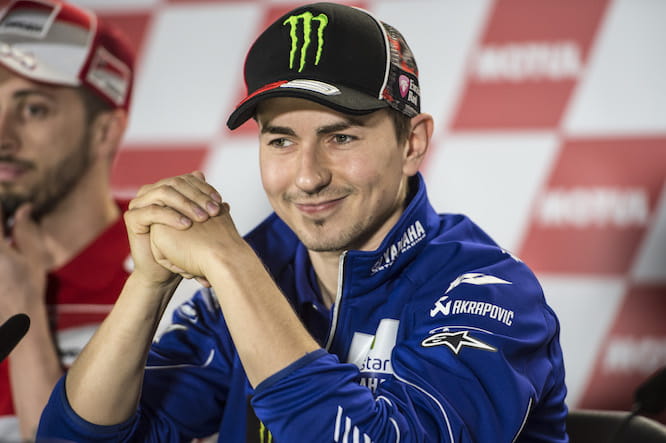 Jorge Lorenzo has refused to comment on speculation that he will move to Ducati for the 2017/18 MotoGP seasons.

The Spaniard has long been linked with the Bologna factory but rumours gathered momentum in Qatar after it became clear Lorenzo had refrained from signing what has been referred to as the best financial deal of his career with Yamaha.

Lin Jarvis confirmed that Lorenzo was offered a contract at the same time as team-mate Valentino Rossi, who opted to renew and announce straight away, but the 28 year old has opted to wait and consider his options.

Ducati Corse bosses have made no secret they’d be interested in securing a top rider of Lorenzo’s calibre but have so far denied making any formal offer. However, as the MotoGP paddock reconvened in Argentina rumours of a Lorenzo-Ducati switch became stronger.

When asked by journalists on Thursday, Lorenzo said: “The situation is more or less the same [as it was in Qatar – nothing signed]. I think we have to concentrate on the next two races as they are very important, we haven’t won here or in Austin.

“To be honest I don’t want to tell much more; I want to keep it private with my people and to decide in the next weeks.”