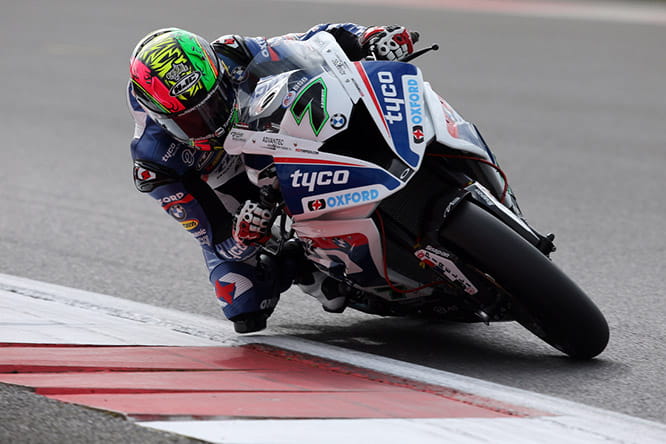 Michael Laverty has started the 2016 British Superbike championship where he left off last year taking victory in the opening race of the season.

Jason O’Halloran shot off the front row of the grid to take the holeshot from polesitter Leon Haslam but Laverty vaulted through from the second row to take third ahead of Linfoot.

Haslam took the lead at Maggotts momentarily before Laverty slipped through on to the back straight.

Honda’s Linfoot made an impression on the softer rear tyre in the early stages, setting the fastest lap to take pole for race two, as he moved into a strong second position behind the Northern Irishman.

Drama struck for GBmoto Kawasaki as Leon Haslam retired with a technical problem on the third lap.

After a steady start Shane Byrne moved into third on the fourth lap. Peter Hickman was the man on the move in the second part of the race moving forward from sixth place to steal fourth and looked to have the pace for the podium before a technical problem ruled him out of the fight.

Linfoot’s soft tyre gamble didn’t pay off as he dropped through the field in the closing stages, as Luke Mossey and Christian Iddon moved ahead of both him and Honda team-mate O’Halloran.

Byrne looked close enough to challenge long-time leader Laverty on the final lap but didn’t quite have the legs, as Iddon fought off a hard fight from Mossey to take his debut podium in third. 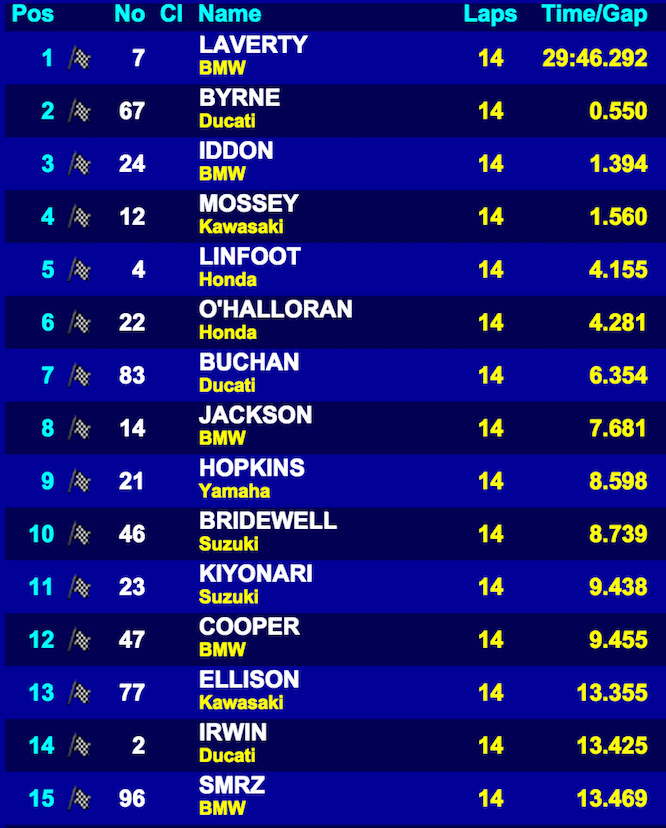