Pedrosa wins in Malaysia as Rossi and Marquez collide 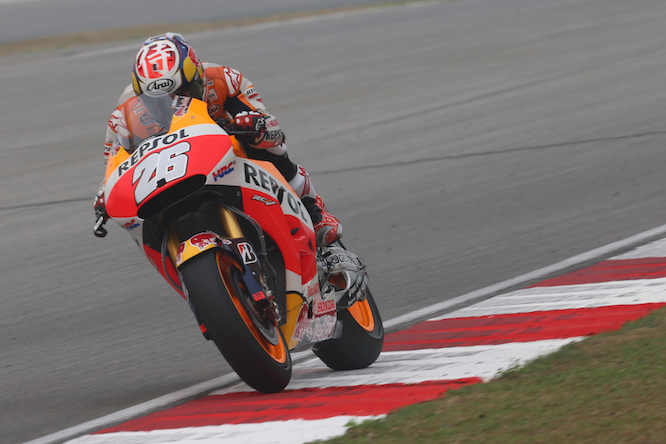 Dani Pedrosa took victory in today’s Malaysian Grand Prix but it was a win overshadowed by drama as a clash between Valentino Rossi and Marc Marquez resulted in a race direction investigation.

Pedrosa shot off the line to take the lead from the first corner, followed by Marquez, Rossi and the factory Ducatis who had managed to get ahead of Jorge Lorenzo.

Lorenzo wasted no time getting back through, picking off his team mate and championship rival before passing Marquez for second.

Having seen Lorenzo go through, Rossi was keen to pass Marquez but, after the pair’s war of words on Thursday, Marquez was never going to make it easy. A gargantuan battle ensued between the pair, with aggressive moves thrown left right and centre.

Rossi signalled his frustration at Marquez, clearly thinking he had the pace to go with Lorenzo, but the Spaniard continued his attack until Rossi ran him out wide. The pair came together and Marquez crashed out of the race after what looked to be a nudge from the Italian. 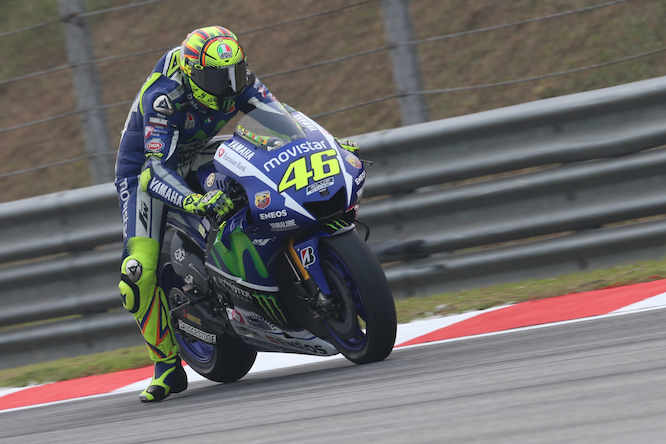 Speaking during the race, HRC boss Livio Suppo confirmed Repsol Honda would be protesting the move: “For me it was clear that Valentino kicked the bike of Marc and that is why he crashed”

Rossi said: “I lose a lot of time with Marc and on turn 14 I try to go a bit wide to take the better line and make him slow but unfortunately he come to me and crash in that moment.”

ROSSI vs MARQUEZ: THE VERDICT

If things stand as they are, Lorenzo will trail Rossi by seven points into the final round at Valencia.

Aleix Espargaro came out the better of a scrap with Suzuki team mate Maverick Vinales to take seventh, with the second Espargaro brother, Pol, ninth ahead of the Aprilia of Stefan Bradl. 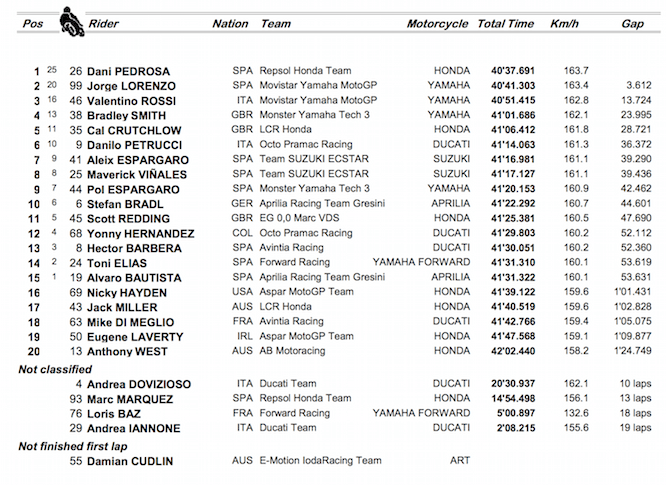