Pedrosa gets better of Rossi and Lorenzo at wet Motegi 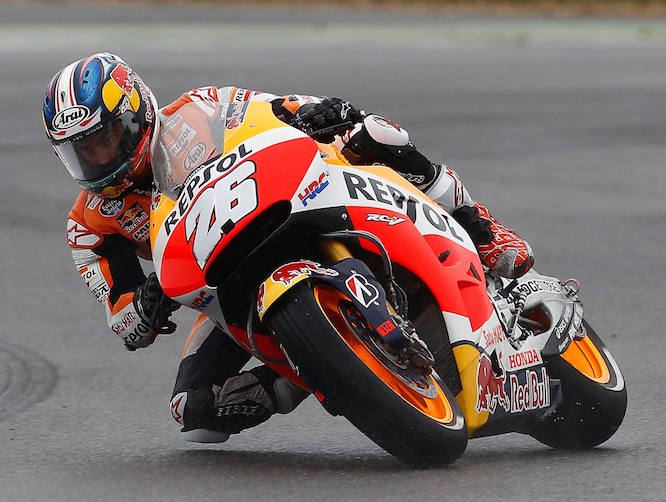 Lorenzo bolted off the line at the start of the race, pulling out almost a second’s lead from Rossi on the first lap. The Mallorcan rider looked a dead cert to win the race, having built a gap of some four seconds in the first ten laps with Rossi unable to respond to his team mate’s pace.

However, as the race went on and the circuit slowly started to dry, both Movistar Yamaha riders began struggling with tyre degradation, particularly with their hard Bridgestone front tyres. The much lighter Dani Pedrosa soon became fastest man on track, and after seeing Dovizioso off for third the Repsol Honda man chased down and passed Rossi before taking the lead from Lorenzo with nine laps to go.

Rossi’s crucial second place sees him stretch out his championship lead to 18 points over Lorenzo with three rounds remaining. 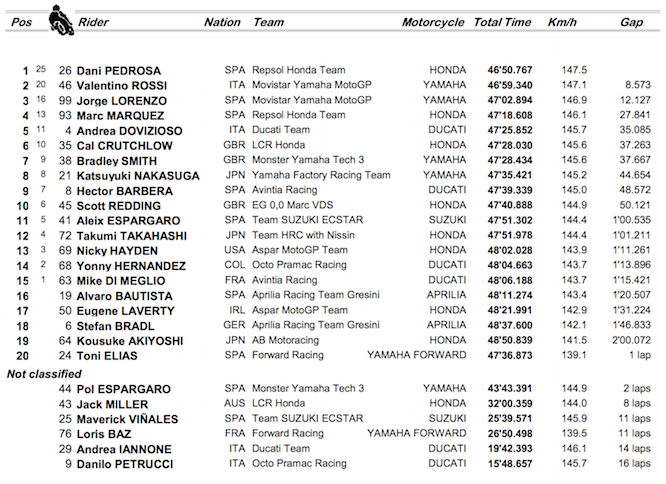