Marquez hits out at 'out of control' Rossi 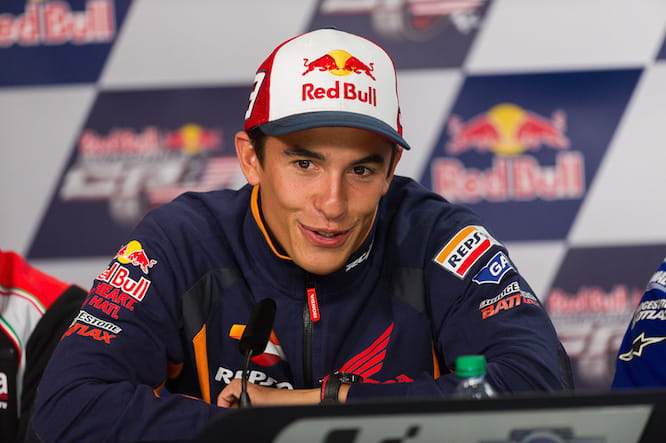 Marc Marquez has branded Valentino Rossi ‘out of control’ after the incident in today’s Malaysian Grand Prix.

Rossi and Marquez collided ten laps into the race after the Italian ran Marquez out wide at turn 14, causing the Spaniard to fall from his Repsol Honda.

Some camera angles appeared to show Rossi kicking out at Marquez as the pair touched, moments before the reigning world champion crashed to the ground.

Prior to the incident, the duo had become embroiled in an intense battle for third position, with neither willing to sit behind the other to chase down Dani Pedrosa and Jorge Lorenzo ahead.

“I tried to push in the beginning and I did 2'00 on the second lap,” said Marquez after the race. "When he overtake me the first time, I tried to follow him but then I saw I can be faster and then I tried to do my race.

“When Valentino was in front he was not very fast and after this incident, his lap time was high 1'00, low 2'00 and I thought that I was able to ride even faster. 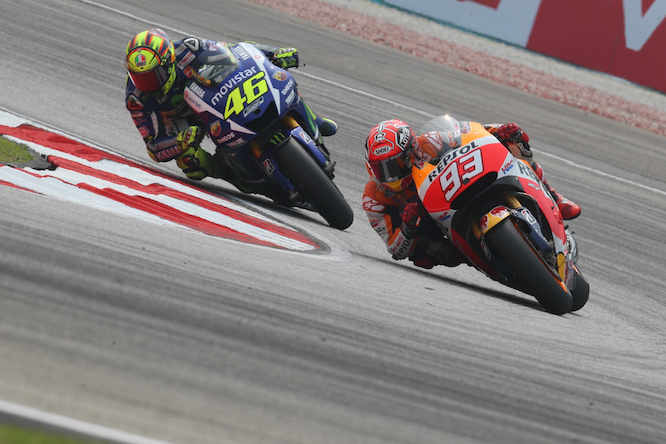 “I didn't expect that he would take off the leg and push my handlebars and my front brake. Then I lost the front and when I was in the floor I saw him look behind again.”

Honda boss Livio Suppo lodged a protest immediately after the incident, but race direction would only hear it after the race.

While it’s not clear what was said in the hearing, Marquez branded Rossi’s move as ‘out of control’.

“For me, it doesn't matter if you are Valentino or another rider, in this type of incident you are out of control. When you are a rider you know what is going on – to take off a leg and push another rider out, it is difficult how you can think this on the bike.”

ROSSI vs MARQUEZ: THE VERDICTS

Rossi was handed three penalty points for the incident, which, when added to the point he incurred for qualifying mishap in Misano, mean he will start from the back of the grid in Valencia, where he’ll be looking to beat Lorenzo to the 2015 World Championship.

“I don't want to be involved in the middle of this but what I know is that I was out of the race and he was still riding; I get zero points, he gets 16. For me, the penalty is there and strange decision.

“I think this battle can not go more far because to arrive at the point when another rider kicks with the leg, we cannot arrive more far. I will try for next year and in Valencia to make a good set-up, a good bike and try to do a different type of race.”