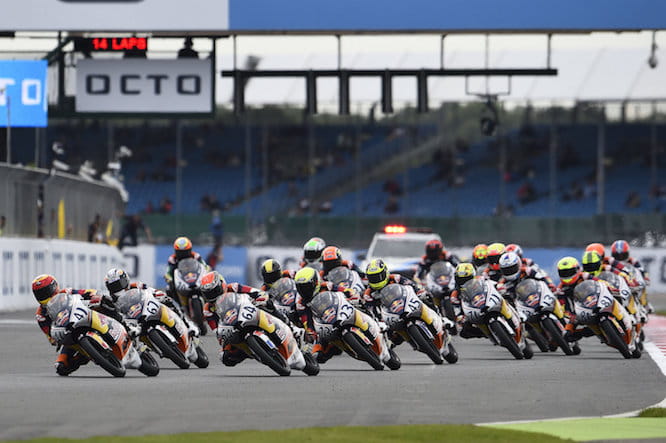 Eight young, British riders will try out for a place in the 2016 Red Bull Rookies Cup later this week.

The series, which runs alongside a number of European MotoGP events, gives talented, young riders from across the globe the chance to compete at Grand Prix level.

Grids of 24 up and coming racing stars battle it out on identical KTM RC 250 R Moto3 bikes for their chance to make their name known on the Grand Prix stage.

Since its introduction in 2007, the Red Bull Rookies Cup has produced names like Johann Zarco, who was crowned Moto2 Champion at the weekend and Danny Kent, who looks set to clinch the Moto3 crown in this week in Australia.

Last year, young Scotsman Rory Skinner made it through the selection process to compete in the 2015 series, where he made a huge mark taking his debut pole position and podiums in the final round at Aragon. 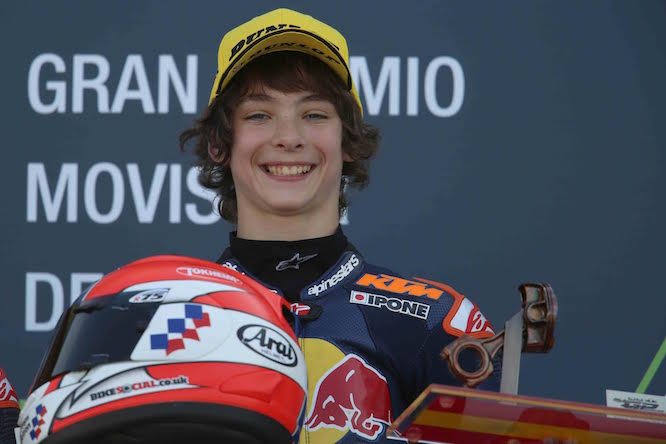 He’ll get a second attempt at the series next year, and could be joined by any of eight British riders who will go up against prospective candidates from around the world at a selection event in Spain this week.

Aprilia Superteens Champion, Max Cook, 12, will also try out for a spot in the series, as will Cameron Fraser and Thomas Strudwick, who both impressed in the inaugural KTM RC390 Cup this season.

This year, for the first time ever, Red Bull are encouraging fans to vote for their favourite rider ahead of the selection event at Guadix this weekend. All you have to do is head over to the Red Bull Rookies Facebook page and post a comment on this post with your favourite rider’s name. The rider with the most comments will wear the ‘Golden Bib’ during the event. It’s not clear whether this will increase their chances of selection, but it’s bound to make them more visible to the spotters!