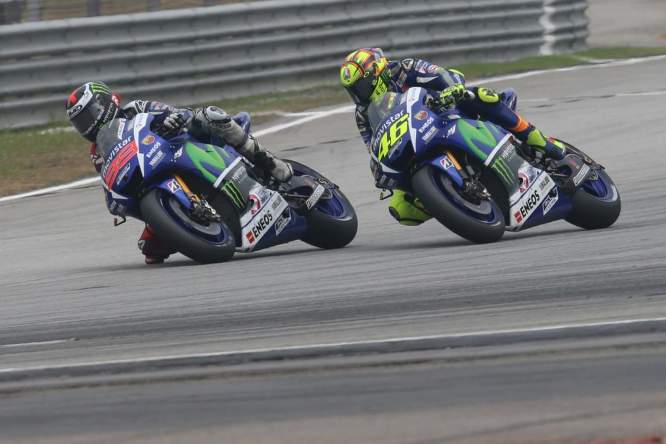 Valentino Rossi’s chances of winning his 10th World Championship hang in the balance as his appeal to overturn his penalty following his incident with Marc Marquez was rejected.

The initial decision by the Federation Internationale de Motocyclisme (FIM) Stewards taken at the Malaysian MotoGP in Sepang on 25th October after the infamous turn 14 clash with two-times World Champion Marquez.

As a result of his contentious move, the Movistar Yamaha rider was awarded 3 penalty points leaving him with a starting position at this weekends crucial last round of the MotoGP World Championship, Gran Premi de la Comunitat Valenciana, of last place.

“On 4 November 2015, a preliminary hearing was held at the headquarters of the Court of Arbitration for Sport (CAS) in Lausanne in the matter Valentino Rossi v. the Federation Internationale de Motocyclisme. The FIM was represented by its Legal Director, Mr Richard Perret.

Following the hearing, the CAS issued an Order dismissing the application for a stay filed by Mr Rossi concerning the decision rendered on 25 October 2015 by the FIM Stewards.”

In response to the decision, Rossi’s team mate and Championship rival, Jorge Lorenzo, said he respects the CAS decision but would not comment any further on the 'past', despite several attempts to ask him.

In today's press conference, Rossi responded by saying, "Starting from the back makes it very difficult but I have to try the maximum". 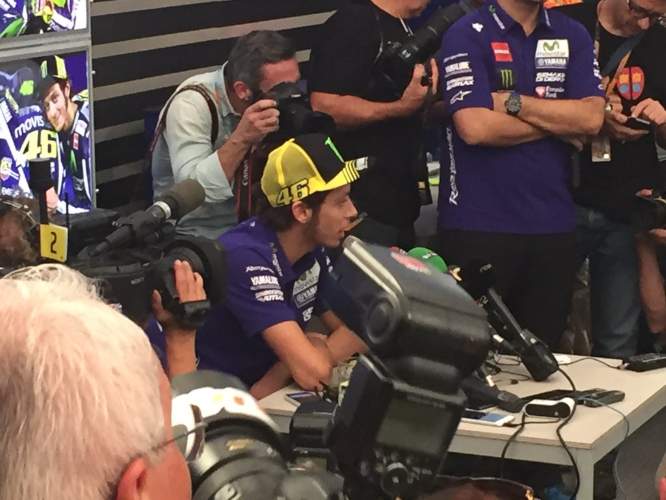 Rossi starts with a slender 7 point lead in the championship and needs to make good early progress from the back to give himself a chance of taking a incredible 10th title.

Bike Social’s Sport’s Reporter is at Valencia throughout the weekend and for the official test on Tuesday and Wednesday. Keep up with all the action via @bennetts_bike on Twitter or facebook.com/bennettsbike