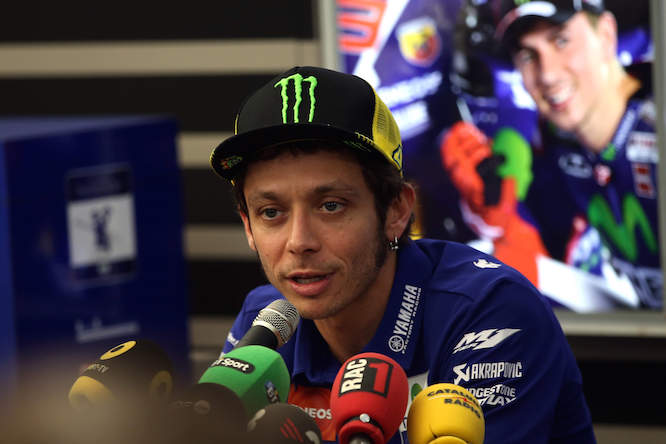 Fireworks were expected ahead of this weekend’s final round of the MotoGP World Championship in Valencia following the gigantic fall-out from Valentino Rossi and Marc Marquez’ controversial coming-together in Sepang two weeks ago.

However, things turned out to be fairly sedate as the riders involved spoke to the assembled press at the Spanish circuit on Thursday with both Rossi and Marquez claiming they’d been told not to speak of the incident in Sepang.

MotoGP bosses had initially cancelled the traditional Thursday press conference in favour of a meeting of MotoGP’s ‘Permanent Bureau’, where Dorna CEO Carmelo Ezpeleta and FIM President Vito Ippolito addressed riders following the drama of the past two weeks.

“First and foremost, sport must prevail,” said the statement issued to riders in the meeting. “This Sunday is the last race of the year, and it is sport that needs to win.”

“We want to remind you of the values of our sport: exemplarity, fair play, sportsmanship and courtesy. Our officials will be vigilant in observing the fair play and sporting behaviour of every one of you and will be very strict with any infringement of our sporting rules.”

The statement went on to tell riders that the rules will be reviewed ahead of 2016 to ‘prevent this from happening again’ and emphasised the important of the final race and setting an example with so many people watching this weekend. 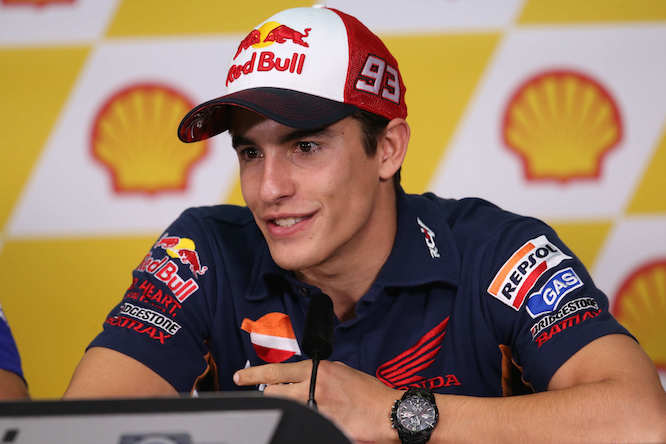 Speaking to the press in individual media debriefs, Valentino Rossi, Marc Marquez and Jorge Lorenzo all refused to speak about the incident, with Rossi and Marquez stating they’d been told not to by the series head honchos.

“Carmelo [Ezpeleta, Dorna CEO] and the FIM have asked us not to speak any more about the past and what happened in Sepang,” Rossi explained. “We have another race, the last race of the season so we have to try and focus on the target and achieving the maximum this weekend.”

Marquez added: “Carmelo and the FIM have asked us to only speak about Valencia, just like Honda did this morning with the telemetry and the data which they will show after the race because fans must enjoy the race and we must enjoy the last race of the season too. “

Earlier this week, Honda issued a press release stating they had data to prove that Rossi kicked Marquez during the incident and were expected to display this telemetry to journalists in a press conference early on Thursday but decided against it at the last minute.

SEPANG - THE FALL OUT

“We called this press conference to speak about the data we have, but then we thought longer about the situation,” said HRC Team Principal, Livio Suppo. “This is a very special weekend. The tension is very high and our main target now is to show everybody that we have no intention at all to create any doubt that we are doing this at this moment just to give the Court of Arbitration another evidence or something that can influence their decisions.”

An hour before riders spoke to the press, the Court of Arbitration ruled that Rossi would have to start from the back of the grid in spite of their upcoming investigation following the Italian’s appeal.

In light of this, Rossi did say he ‘regrets’ running Marquez wide in Malaysia and acknowledged he now faced a difficult task fighting through from the back of the grid.