Marquez remains on top as Valencia test draws to a close 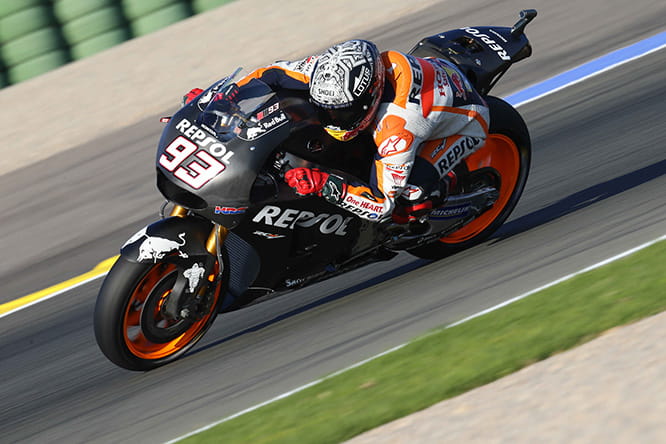 Marc Marquez remained fastest at the end of the two day, post-season test in Valencia, improving his pace by half a second on the 2016 Repsol Honda despite another big crash.

2015 Rookie of the Year, Maverick Vinales was second fastest, just a tenth behind Marquez with Dani Pedrosa rounding out the top three.

Cal Crutchlow was sixth despite a fast crash at turn one in the final hours, just 0.434 off Marquez’ time and ahead of nine-time World Champion who continues to struggle with the Michelin tyres and 2016 electronics. 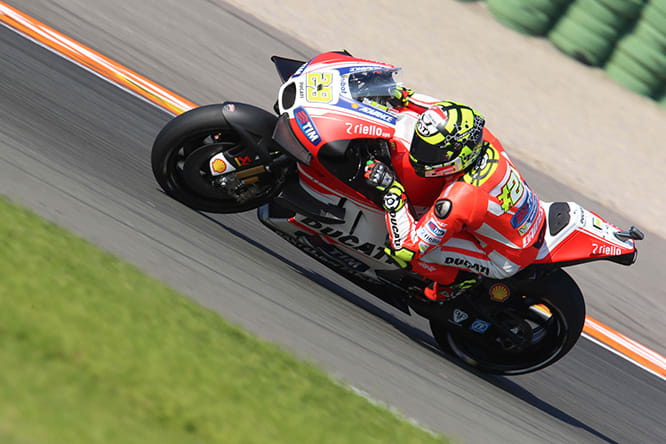 Andrea Iannone was eighth fastest ahead of the Tech 3 Yamahas of Pol Espargaro and Bradley Smith.

Loris Baz impressed aboard his new Avintia Ducati with the 12th fastest time of the test, ahead of new Pramac Ducati recruit Scott Redding who was pleased with his performance aboard the Desmosedici GP15.

Jack Miller enjoyed a strong first test aboard the full-fat RC213V with the 16th fastest time, ahead of Eugene Laverty who made strong progress aboard the Ducati GP14.2 today.

After 14 crashes on the first day, the front-end washouts continued on day two with numerous riders taking a trip into the gravel, including Marquez, both Espargaro brothers, Crutchlow, Miller to name a few. 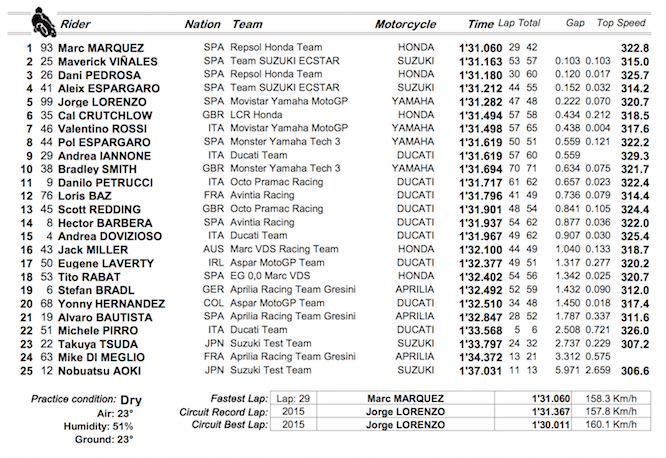